Beijing has three aims, but it all leads back to rivalry with the US. 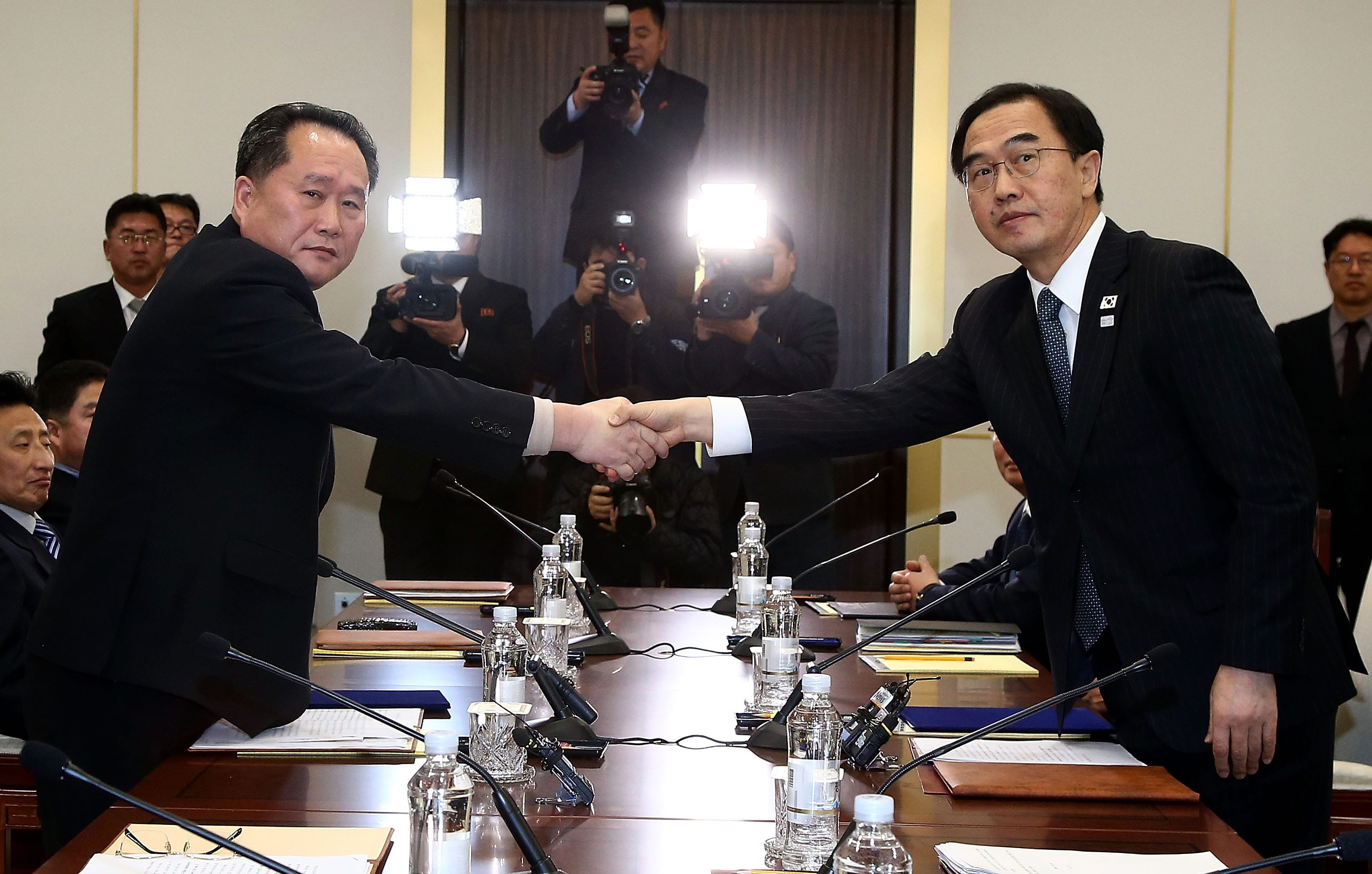 The first two weeks of 2018 have seen a significant thaw in inter-Korean tensions. In the highest-level talks between North and South Korea since December 2015, Pyongyang agreed to send a delegation to the 2018 South Korean Winter Olympics. China welcomed the developments, which it considers, in its own words, ‘the right track of settlement through dialogue and consultation.’

China’s support should not be a surprise. Beijing has played an active role behind the scenes in recent months to push the two Koreas closer to talks. According to North Korea specialist Michael Madden, a secret meeting between a North Korean athletics vice-minister and South Korea took place in China in December, which if true shows Beijing as a facilitator of low-level inter-Korean talks. Before higher-level meeting took place in Panmunjom last week, Chinese and South Korean chief representatives to the now-moribund six-party talks also met for two days in Seoul.

By laying the groundwork for inter-Korean talks, China hopes to achieve three things.

Firstly, it hopes to reduce tensions on the Korean Peninsula and if possible, engineer a ‘win’ for its long-standing ‘suspension for suspension’ proposal. Under this plan, the US would suspend its joint military exercises with Seoul – which Pyongyang considers preparations for invasion – in exchange for the North suspending its missile tests.

Ratcheting back tensions is important for Beijing’s security as it values North Korea as a buffer state to keep the US army off its border, and fears the instability and refugee influx that regime collapse would bring. From Beijing’s point of view, the temporary suspension of joint drills for the duration of the Winter Olympics, agreed to by US President Donald Trump, is likely to already provide a sense of satisfaction and will be considered a small victory if the North refrains from further missile tests in that period.

But to preserve the ‘suspension’ and turn this into material to stoke Beijing’s propaganda machine in the long-term, China will have to work harder. The US remains unlikely to fully accept the ‘suspension for suspension’ proposal in its entirety, as it continues its approach to simultaneously increase pressure on Pyongyang and keep open the invitation to talks. But given the previous success of South Korea’s President Moon Jae-in in negotiations with the US, Beijing might see space for Trump to potentially be persuaded to suspended the drills for longer next time.

Secondly, Beijing hopes to reassert some leverage over North Korea, taking with one hand and giving with the other. China has used the UN to put pressure on the North, negotiating the terms of new Security Council sanctions resolutions with the US and in 2017 voted in favour of three resolutions (2371, 2375, 2397). China has further shown its annoyance at Pyongyang’s readiness to threaten security in the Asia-Pacific with missile and nuclear tests, by significantly curtailing its trade with the North in line with those UN sanctions. By doing so, Beijing has shown Pyongyang its frustration and geopolitical power.

But China has not completely cut off North Korean trade, much to the annoyance of the US, which continues to ask Beijing to do more. Meanwhile, Beijing has protected Kim Jong-un’s interests in questions about denuclearisation and human rights, notably by choosing not to mention the improvements in inter-Korean talks as a step towards denuclearisation and by trying to stop the Security Council from discussing human rights abuses in North Korea. By doing this, Beijing has shown Pyongyang a residual level of commitment, albeit limited.

At a time when the US is calling for all nations to cut ties with North Korea, China has maintained an open channel of communication with Pyongyang and shown its willingness to talk. Despite a low ebb in relations, Beijing has sought bilateral meetings with Pyongyang. Chinese Foreign Minister Wang Yi met his North Korean counterpart, Ri Yong Ho, on the sidelines of an ASEAN meeting in August and in November, Xi Jinping sent a special envoy to Pyongyang for talks with the closest aid of Kim Jong-un. This was significant because it marked the first known visit by a high-ranking Chinese official to North Korea in more than a year. Beijing hopes to shape the terms of North Korea’s denuclearisation in its favour.

Finally, Beijing is motivated by geopolitical reasons. North Korea plays an important role in Sino-US relations and as Zhao Tong from the Carnegie–Tsinghua Centre for Global Policy explains, ‘for China, the US is always the top geostrategic concern’, not Pyongyang. China, locked in a strategic rivalry with the US, ultimately does not want to aid Washington’s agenda in Asia, with disparate world views and disputes on trade, the South China Sea, and Taiwan.

By supporting inter-Korean dialogue, China can drive a wedge in the South Korea-US alliance, increasing tension between Trump and Moon. By supporting Kim Jong-un’s olive branch to the South and Moon’s eagerness to engage, Beijing is also showing support for measures that could ease UN sanctions, reduce pressure on Pyongyang to denuclearise, and frustrate Washington’s strategy of ‘strategic strangulation’.

It will be difficult for China to achieve these goals in 2018. It will face headwinds in all of its attempts to find a solution to North Korea’s destabilising behaviour through dialogue and negotiation, to gain leverage over North Korea, and to out-manoeuvre the US. But the longer it can hold back the resumption of South Korea-US military drills, the more successful China will be in each of its other objectives.