Minority rights are suddenly the new turf for India-Pakistan rivalry

Handing back a Hindu temple in Balochistan appears a deliberate contrast with fears over treatment of Muslims in India. 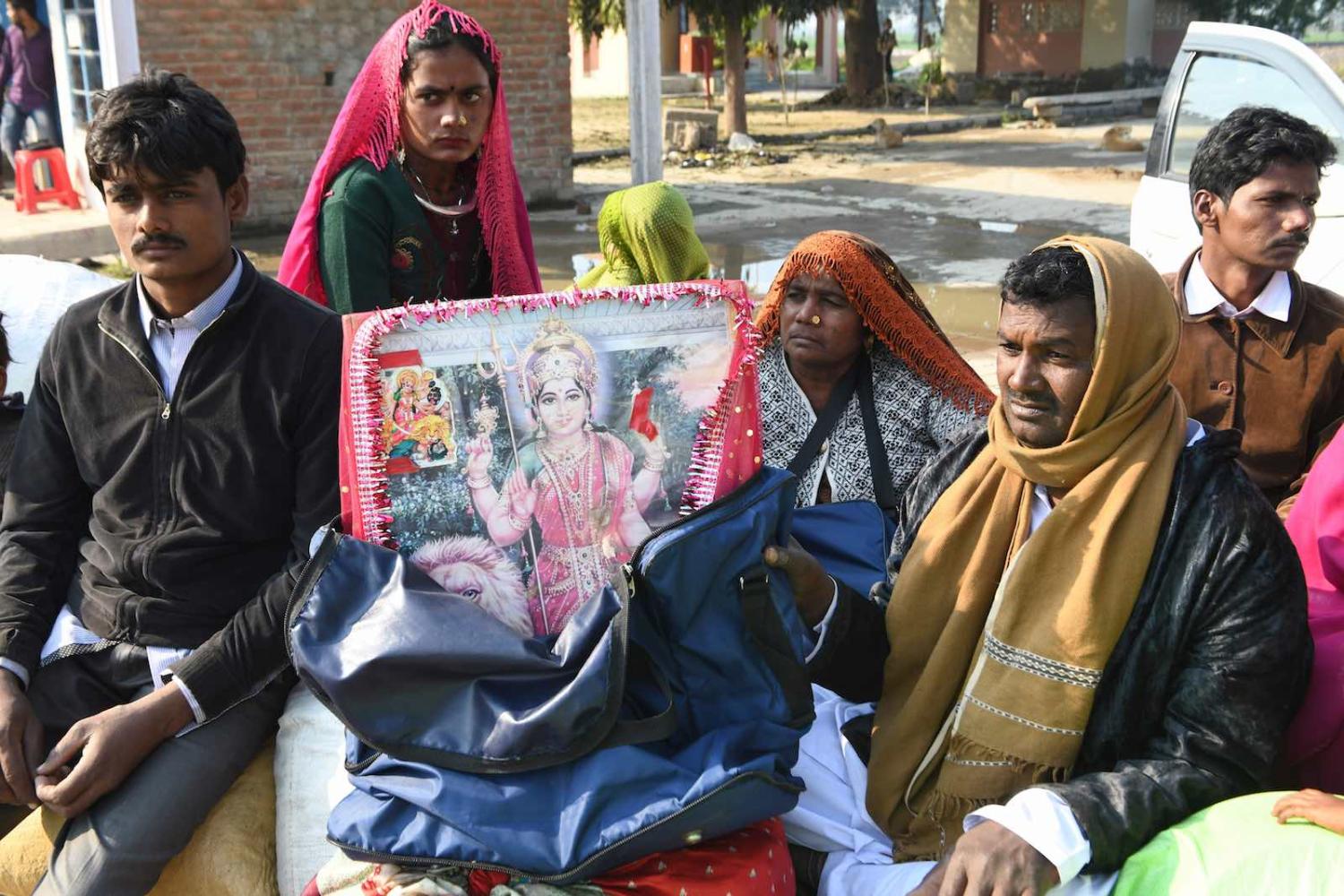 A general rule of South Asian politics might be that every action taken by India has an equal and opposite reaction in Pakistan. This may not be strictly true, but it gives a sense of how Pakistan continues to define itself against India, and how ideas and developments in the country seem to form in response to those happening across its eastern border.

So in India, since winning re-election last May, the Bharatiya Janata Party (BJP) has elevated its Hindu majoritarianism to become the government’s driving force. This more assertive ideological approach has included the revoking of the semi-autonomous status of Jammu and Kashmir (India’s only Muslim-majority state), the National Register of Citizens (NRC) exercise in Assam designed to identify undocumented residents, and its companion, the Citizenship Amendment Bill, which provides a pathway to citizenship for these undocumented residents, as long as they’re not Muslim. The latter has sparked ongoing protests over fears of disenfranchising India’s 200 million Muslims.

Adding to the tension, in November the Supreme Court of India ruled that the Hindu community has the right to build a temple to Lord Ram on the site of the 16th-century Babri Mosque, that was destroyed by Hindu mobs in 1992 (an event that was the catalyst for the BJP’s rise). This decision is deeply symbolic of the way India is transforming, and of the insecurity that India’s Muslims are feeling.

And as India’s Hindu majoritarianism has become more pronounced, its counterforce has begun taking shape in Pakistan.

If the Pakistani government is genuinely seeking to shift the oppressive and alienating reality of its minority communities, then this is a great positive, even if it has only been inspired by a game of one-upmanship with India.

Last week in the Pakistani province of Balochistan, a Hindu temple that had been seized at Partition in 1947 was handed back to local Hindu leaders. A 2014 survey by the All-Pakistan Hindu Rights Movement found that at the time of Partition there were 428 Hindu temples in Pakistan. Yet by 2019, there were only 20 operating throughout the country, with most having been seized and converted for other purposes, or severely damaged in retaliation for the destruction of the Babri Mosque. But now the Pakistani government has plans to restore and return 400 of these temples to the country’s Hindu communities.

It seems that as minorities are increasingly threatened in India, the Pakistani government has suddenly developed a keen interest in minority rights.

To compound this perception of Pakistan’s newfound concern for its Hindu minority, last week Prime Minister Imran Khan suspended the general secretary of his party’s Lahore branch after a series of posters appeared on the city’s streets encouraging violence against Hindus. Khan has also recently issued a strong rebuke to those Pakistanis who attempt to convert non-Muslims to Islam by force, and last year asked the provincial governments of Punjab and Sindh to launch investigations into the abduction and forced marriage to Muslim men of a pair of teenage Hindu girls.

In a further act of religious outreach, in December the Pakistan government approved a proposal to establish a corridor that will allow Indian Hindu pilgrims access to a temple in Pakistan-administered Kashmir. This proposal is based on the recently opened Kartarpur Corridor, that is successfully providing direct access for Indian Sikhs to one of their holiest sites just over the Pakistani border.

Yet these initiatives still face considerable cultural and institutional hurdles in seeking to address Pakistan’s approach to its minorities.

When Pakistan was created, the idea of its founding father, Muhammad Ali Jinnah, was to establish a secular state for the subcontinent’s Muslims, rather than an overtly Islamic one. Yet as a country founded as a homeland for a single religion, it became difficult to prevent religion from becoming its dominant operating lens. The 1977 coup and decade-long military regime of General Zia-ul-Haq – backed by Saudi Arabia – heavily promoted Sunni Islam, creating both a state and a civil society that has systematically marginalised other religious groups (and other Islamic denominations). This included the creation of overtly Islamic education and judicial systems, including a vague and malleable blasphemy law that leaves minorities walking on eggshells.

Through this Sunni majoritarianism, Ahmadis have been declared non-Muslim by the Pakistani parliament, while Hindus, Christians, and Sikhs have faced social exclusion, with difficulty obtaining employment, bank loans, and housing. These communities have often been the target of organised communal violence, with bombs detonated in their neighbourhoods, or been subjected to forced conversions. Those who can afford to emigrate have done so in significant numbers.

If the Pakistani government is genuinely seeking to shift the oppressive and alienating reality of its minority communities – and acknowledge the region’s shared religious nature – then this is a great positive, even if it has only been inspired by a game of one-upmanship with India. While it seems unlikely that Pakistan would fully embrace the secular pluralism that India is now abandoning, any initiatives that give Pakistani minorities a greater ability to practice their religion, and more freedom from coercive actions and restrictive practices, will surely be welcome.

Previous Article
Pushing the Philippines‑US alliance over the cliff
Next Article
The politics of fire, from the Amazon to the bush

One group hoping for the return of sanctions on Iran are the smugglers of Musandam, across the Strait of Hormuz.
Tess Newton Cain 12 Feb 2018 14:59

A case where Bahrain didn’t need to win to send a chill of horror up the spines of other dissidents watching on.