Brazil and Australia have treated recent continental infernos in some remarkably similar ways. 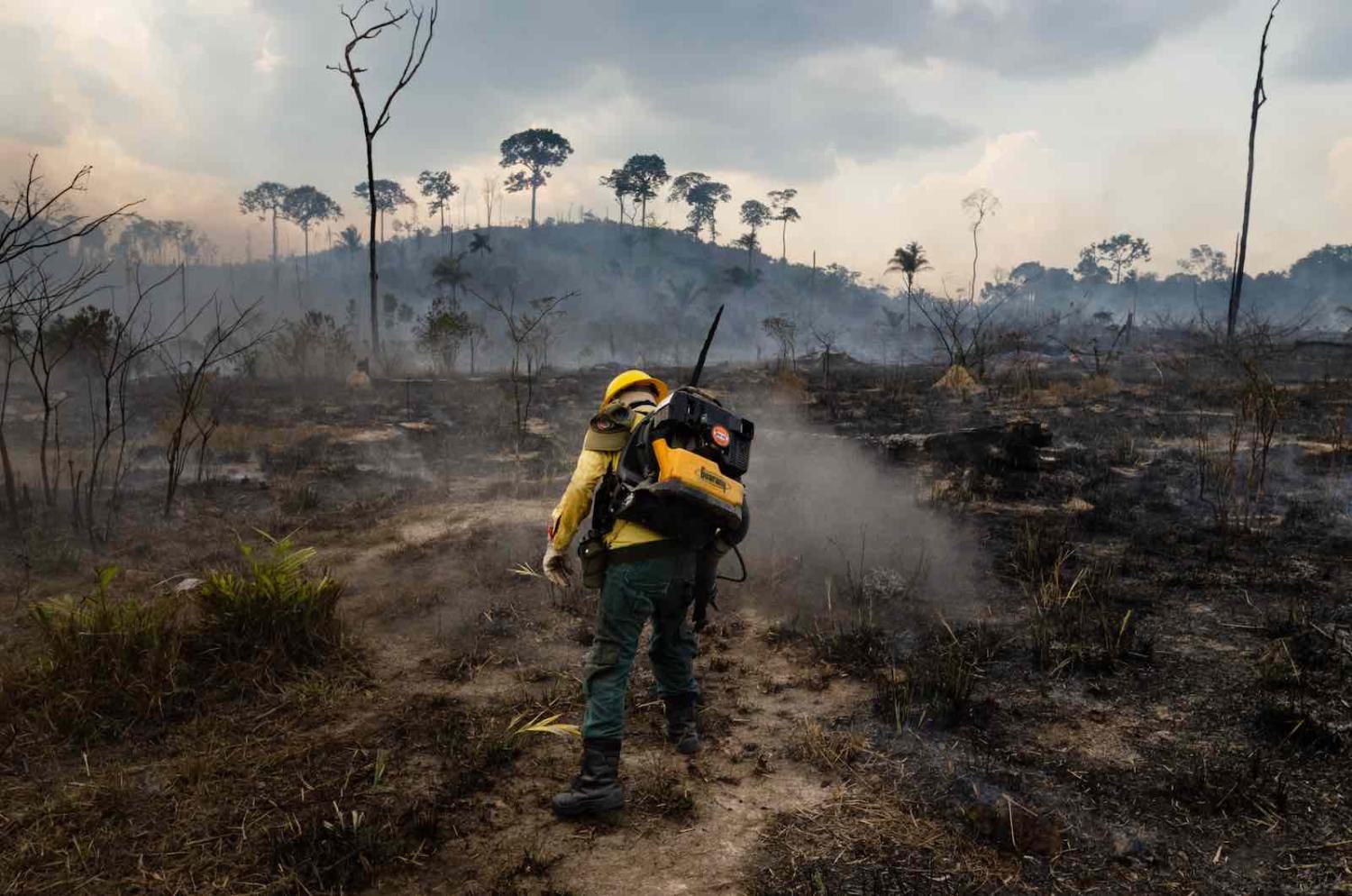 Since mid-2019, I have often been asked about fires, which is somewhat odd, as I teach Politics and International Relations at the University of New South Wales, and my research mainly involves issues of global governance and developing countries. But as a Brazilian living in Sydney, I’ve been asked by people in Australia about fires in the Amazon, while in Brazil (and elsewhere), friends and family want to know more about the Australian bushfires. These questions have led me to reflect upon the two scenarios and to draw out some similarities and differences. Here are three takeaways.

Nothing to see here

In the similarity column, one can start by saying that fires in these regions are not new phenomena. Fires in the Brazilian Amazon and in Australian bushland were happening way before President Jair Bolsonaro and Prime Minister Scott Morrison took office. Unsurprisingly, in both countries, the two leaders have highlighted the seasonal nature of the fires, treating them as business as usual and downplaying public criticism of inaction. The fires have been framed as normal, ‘”apolitical’”, and uncontrollable incidents, which the Federal government can do very little about.

One can assume that these debates are bound to become more common as climate change leads to more dramatic so-called “natural” disasters like fires, floods, and droughts.

In parallel, another important similarity of both leaders’ support base is the reticence (if not flat-out denial) towards linking the fires to climate change or broader environmental concerns. Within these similar discourses, the fires have been “unfortunate” events, and no change – let alone significant change – in policy is necessary.

In the Amazon, the vst majority of fires have started as intentional – purposefully set in order to obtain financial (and sometimes also political) gains, mostly as a way to clear forest for illegal land grabbing and economic initiatives like cattle raising, small-scale agriculture, mining, and so on.

This is not the case in Australia, where most fires’ immediate causes have been natural phenomena such as lightning strikes, sparks from train brakes, power lines, barbeques, or cigarette butts, along with some minor cases of arson. Unlike in the Amazon, bushfires have not been a product of individuals or groups motivated by profit, because there are no direct winners – economically or politically – from the fires in Australia, which have also been far larger than last year’s fires in the Amazon. Remarkably, this difference does not seem to have translated to more willingness by the Australian government to battle the bushfires, perhaps because of the diffuse nature of the losers in this case.

Fires in the Brazilian Amazon and in Australia have both commanded significant international attention, with foreign governments and celebrities coming forward to pitch in with support. Yet the reaction from both governments to such offers could not have been more divergent. The Australian government and people affected by the fires have welcomed overseas aid (whether financial or in-kind) with gratitude.

In stark contrast, the response in Brazil to foreign aid to help with the Amazon fires was extremely contentious. President Bolsonaro and many of his supporters saw foreign assistance as coming from hypocritical leaders and individuals who were quick to condemn the Brazilian government without recognizing their own flaws. This was exemplified by the president’s very public social media attacks on France’s President Emmanuel Macron, actor Leonardo DiCaprio, and Greenpeace – just to name a few. This aid was seen as essentially encroaching upon the country’s sovereignty, and ultimately millions of dollars were refused by the government under this allegedly patriotic stance. At the same time, not only did a large number of Brazilians criticise this attitude, but many governors from states affected by the fires sought direct links to foreign support.

This situation highlights yet another example of how politicised foreign aid can be, both domestically and internationally. One can assume that these debates are bound to become more common as climate change leads to more dramatic so-called “natural” disasters like fires, floods, and droughts.

One hopes that both governments have learned important lessons from these two fiery seasons and that they will do better in the future.

Previous Article
Minority rights are suddenly the new turf for India-Pakistan rivalry
Next Article
Jokowi’s speech to the Australian parliament: an ode to friendship

Violent extremism: The ghost or the machine?

A parliamentary inquiry into violent extremism should call on tech companies to reveal their recommendation algorithms.
Sophie Raynor 2 Sep 2019 16:00

History and heroes hold the spotlight, 20 years after the country voted for its freedom.
Lydia Khalil 28 Sep 2022 12:00

“Predatory cult”: the shadow of Unification Church over Abe’s funeral

Researcher Sarah Hightower explains Japan’s reckoning over the influence of a controversial sect in Japanese politics.