The death of Abu Bakr al-Baghdadi is a major blow, but Islamic State in Pakistan is not dead yet. 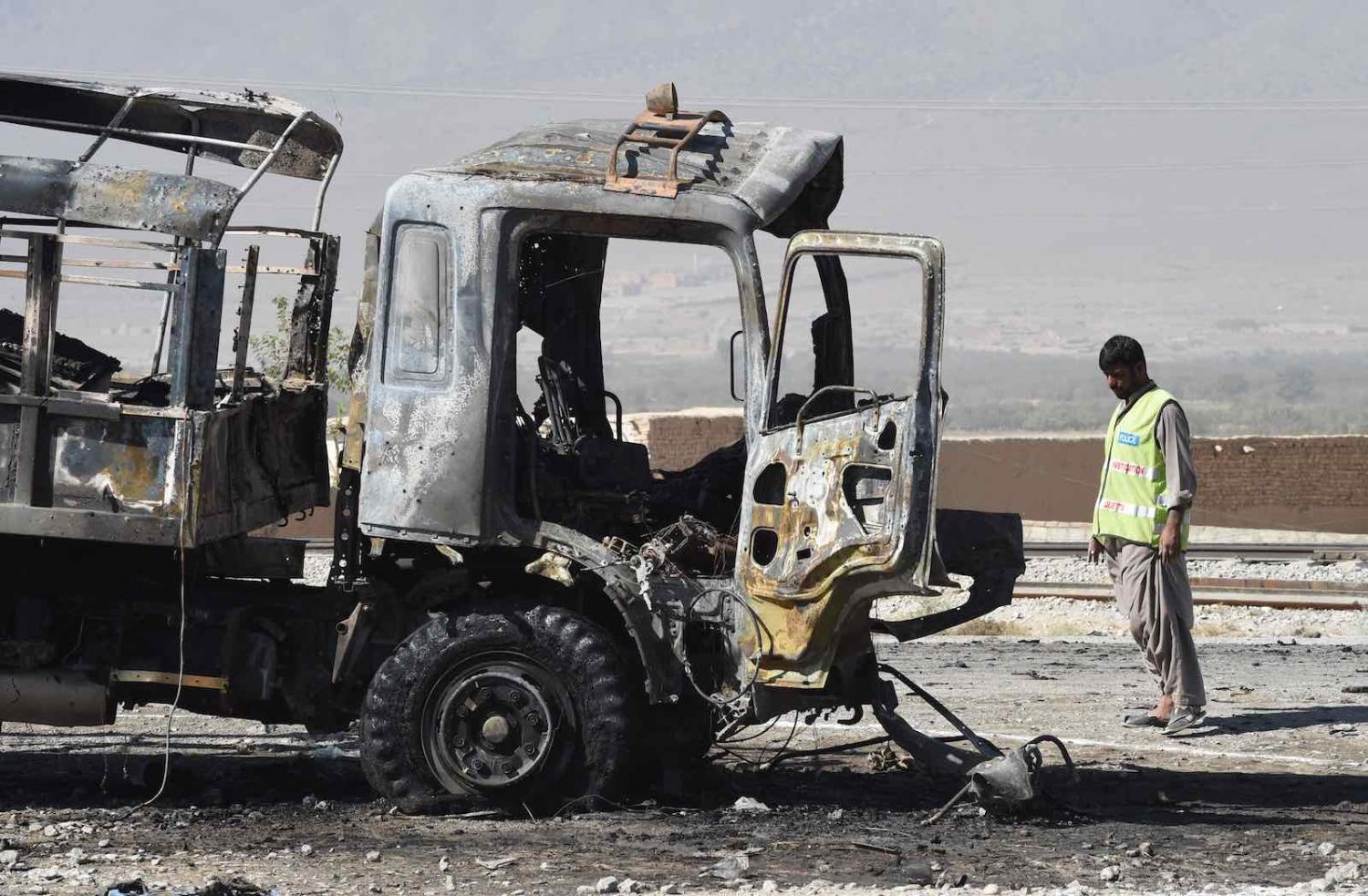 On 26 October, the infamous caliph of Islamic State, Abu Bakr al Baghdadi, who rose to prominence in 2014 when he announced the creation of the caliphate of Islamic State in Iraq and Syria (ISIS), was killed in Northern Syria. Two days later, Abu Hassan al-Muhajir, spokesperson and deputy of al-Baghdadi, was killed in a joint raid by US military and Kurdish-led Syrian Democratic forces. Without an anointed successor for al-Baghdadi, ISIS appointed Abu Ibrahim al-Hashemi al-Quraishi as its new leader. Al-Baghdadi’s death was clearly a major setback for Islamic State, but somewhat lost in the news was how it would affect the terrorist group’s fearsome capabilities in Pakistan.

In 2014 Hafiz Saeed Khan, a Pakistani national, was chosen by al-Baghdadi to lead Islamic State Khorasan, the Pakistan and Afghanistan chapter of Islamic State. This group soon started a ruthless series of terror attacks to sow instability and delegitimize the governments of Pakistan and Afghanistan. The most devastating occurred at an election rally on 13 July 2018, when a teenage suicide bomber detonated himself, killing a pro-government politician, along with more than 140 people.

If the new Islamic State leader tries to buy his way to allegiance, it will take a long time, and it won’t guarantee terror groups in Pakistan are a cohesive unit of Islamic State.

Islamic State also focused on the China–Pakistan Economic Corridor (CPEC), the Pakistan component of the Belt and Road Initiative, and became a major threat to the success of the project. The group declared its own Pakistan province in May 2019, an indication of its growing strength.

The swift success of the Islamic State in Pakistan was the result of many local terror groups joining its ranks. Outfits such as Lashkar-e-Jhangvi, Jundullah, and multiple splinter groups of Tehreek-e-Taliban Pakistan (the so-called Pakistan Taliban) pledged allegiance to al-Baghdadi as the caliph. This provided al-Baghdadi with already trained and motivated foot soldiers in Pakistan. In return, these groups received financial and operational support from Islamic State.

This lethal combination made Islamic State a major threat in Pakistan in a very short span of time. The death of al-Baghdadi, however, has effectively dissolved this relationship.

In the conservative interpretation of the Islamic caliphate system, the caliph is the leader of an Islamic State. To qualify as a true caliph, a person must have ancestral linkages to the tribe of the prophet of Islam and the sworn allegiance of his followers. Al-Baghdadi made such a claim, but his successor does not.

Given the leadership crisis putting Islamic State in Pakistan in disarray, two possible scenarios can play out. The first is that the Taliban in Afghanistan are able to join government after negotiations with US. This would result in the unemployment of several thousand battle-hardened fighters of this group, who could then join the former Islamic State groups in the region and take control of Islamic State, independent of the control of al-Baghdadi’s successor. This would also result in shifting the epicentre of Islamic State from Iraq and Syria to the Afghanistan–Pakistan region. Then a local caliph could be elected from the region, which could have devastating consequences for Afghanistan and even more so for Pakistan.

The second possible scenario is that Pakistan takes advantage of the weakness in Islamic State and strikes hard against local terror groups. The majority of Islamic State units in Pakistan are based in Balochistan province, near the Afghan border. This region’s separatist insurgency has led to Pakistan keeping a major security presence in the province. It would not be difficult for Pakistan to mobilise its security forces to go after any Islamic State–affiliated groups, who would likely be caught by surprise and unable to counterattack or make a tactical retreat, due to their own disorganisation.

The latter scenario is based on the assumption that Pakistan can influence the Afghan Taliban to prevent Pakistan-based Islamic State outfits from taking refuge in border areas ostensibly controlled by Afghan Taliban.

As of now, Pakistan is in a position to exercise its influence, but if the Afghan peace negotiations don’t meet the wishes of the Afghan Taliban, this equation is certain to change. Therefore, the window of opportunity for Pakistan to take action against Islamic State is a very narrow one.

Searching for sustainable energy in the Mekong

Southeast Asian governments are starting to wake up to the vast potential of solar energy.
Richard Maude, Ben Scott 3 Mar 2022 14:00

A global contest of values and interests – and sharply divergent visions of order - is now dramatically intensified.
John Carlson 6 Mar 2018 11:30