What was Factory Asia has made a subtle shift to a consumer-driven Market Asia under the “world’s biggest trade deal”. 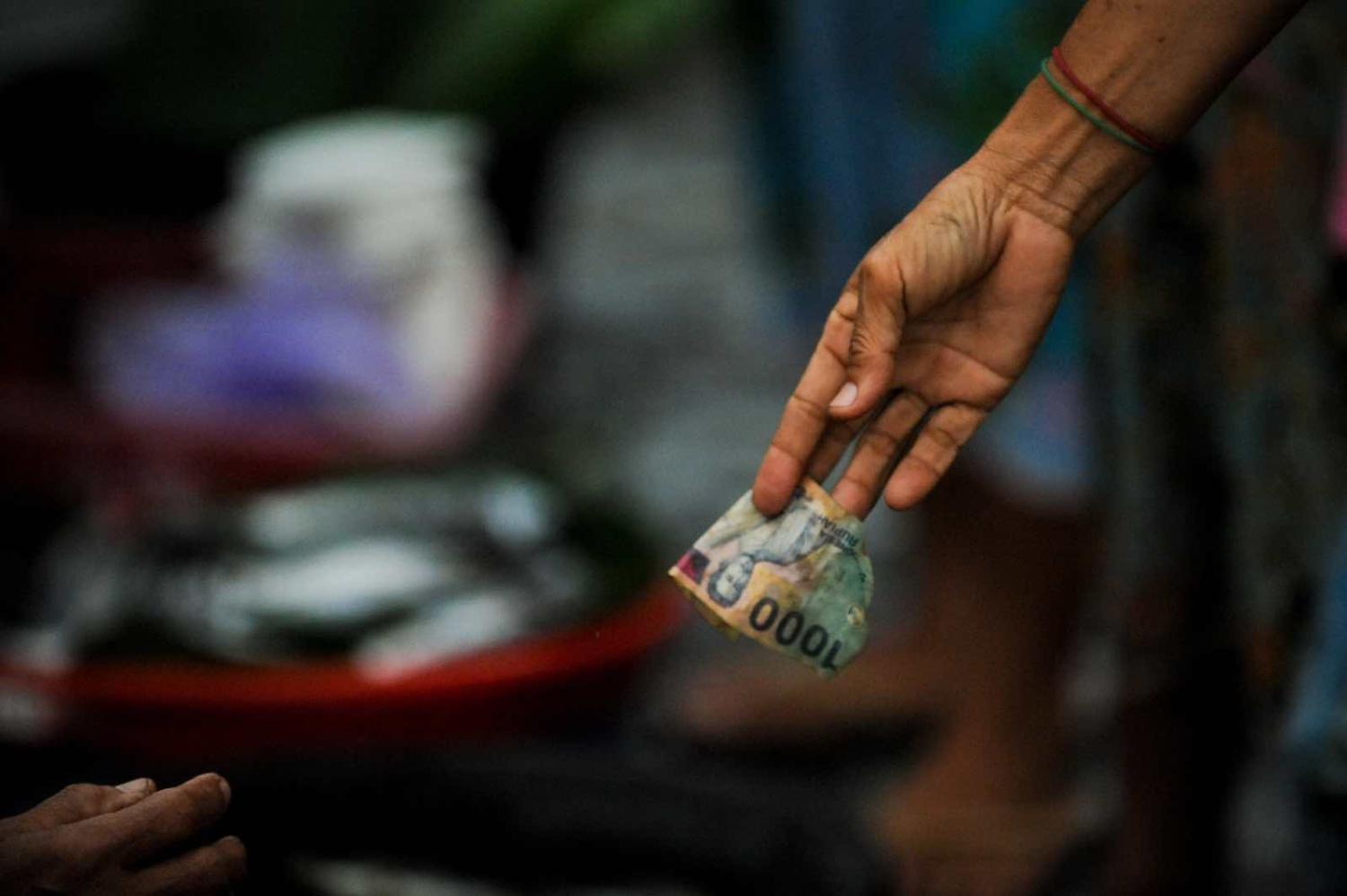 For two generations, the term “Factory Asia” has neatly encapsulated the essence of the region’s economic success, with components flowing across the region for products mostly ultimately exported to the developed world.

But as Asia embraces its first regionwide trade deal this week (minus India) in the Regional Comprehensive Economic Partnership (RCEP), there is a subtle underlying shift in the language of integration from the old export-oriented factory model to the idea of a more integrated and consumer-driven Market Asia.

Policymakers must look to a future in which innovation, specialised supply chains, and strong institutions that protect intellectual property rights and guarantee fair competition become the most important aspects of the national competitiveness agenda.

How much the RCEP deal measures up to this standard when it is finally revealed after all the “scrubbing” of contradictions will be the test of the new political rhetoric about the “world’s biggest trade deal”.

While the RCEP is largely stitching together existing bilateral trade agreements, it is still notable that amid global headwinds to increased trade from forces ranging from onshoring to protectionism, Asian countries have pulled off a new agreement.

ANZ economist Richard Yetsenga argued this week that Asia’s business model was broken because it was still too dependent on the old model of (external) trade, abundant labour, and cheap finance.

But as the RCEP negotiators have sought to put in place some important basic plumbing over the last six years, there is growing evidence for the emergence of a Market Asia which is more independent of the global economy.

The most recent is the McKinsey Global Institute’s Future of Asia series which argues Asia is becoming more Asian as intraregional activity grows. For example, the region itself now accounts for 60% of Asian goods trade and 59% of foreign direct investment, and has 74% Asian air travellers and 71% Asian investment in start-ups.

“The region has reached a tipping point at which its scale is of global significance; most types of global cross-border flows today are shifting towards Asia, and flows within Asia are rising,” the latest McKinsey study says.

When the Lowy Institute’s Roland Rajah looked at this earlier in the year in this paper, he concluded: “Whereas previously East Asian production was heavily integrated but still primarily geared towards serving Western markets, today the region appears to be fuelling its own demand.”

The Asian Development Bank’s relatively new Asia-Pacific Regional Cooperation and Integration Index shows a continuing but slower pace of integration than these two above studies. But it nevertheless observes that “strengthening (the region’s) intraregional share offers a buffer against the fallout from increasingly inward-looking policies worldwide.”

While the RCEP is largely stitching together existing bilateral trade agreements it is still notable that amid global headwinds to increased trade from forces ranging from onshoring to protectionism, Asian countries have pulled off a new agreement. And this is amongst the most diverse group of economies in the world extending from Japan to Myanmar.

How much goods will now move more smoothly through Market Asia due to the RCEP’s more standardised rules of origin and how much services will flow due to the more limited unification of standards and intellectual property rules remains to be seen. For example, the Association of Southeast Asian Nations (ASEAN) – at the core of RCEP – has allowed non-tariff barriers to rise as it has slashed tariffs to near zero.

But as predictable complaints emerge about RCEP being an opaque and unquantified agreement, Australia’s Productivity Commission has done some useful analysis here.

One of the more intriguing aspects from the weekend’s East Asian Summit (EAS) was the apparent show of strength by the normally anodyne ASEAN group towards the two recalcitrant regional powers of the moment.

After having given India a leave pass on making serious RCEP progress earlier in the year so it could get through its April-May election, the ASEAN countries appear to have become fed up with its last-minute new demands and elected to go ahead without it.

At the same time, they delivered a pointed snub to the US, with only three out of ten ASEAN leaders turning up to the sideline US-ASEAN Summit in response to the lowest level US delegation to have ever attended and EAS. US President Donald Trump’s offer of an alternative summit in Washington is likely to be a hard sell.

The question now is whether these same countries are prepared to take such an un-ASEAN approach to dealing with China.

At least the European and US masters of the International Monetary Fund and World Bank tolerate a brief period of democratic coat trailing by alternative candidates for the top jobs at these institutions when there is a vacancy.

And so, we get a brief pecking order of prominent available financial officials from the emerging market world – and even the occasional mention of a former Australian politician.

But not so the Japanese when it comes to keeping their share of the post–Bretton Woods spoils at the top of the multilateral financial institution pile.

And so, the Asian Development Bank announced last Monday that voting had just opened for the contest to succeed current president and former Japanese finance ministry official Takehiko Nakao, who visited Australia in September.

The catch is only one nomination has been received after a one-month search, and that is Masatsugu Asakawa, now special advisor to Japan’s Prime Minister and Minister of Finance.

Voting is now open for a month for those who find the choice a bit difficult. So much for those Asian emerging-market powers, such as India, who like to call for a bigger share of the global bureaucratic spoils.

Indonesia has discovered economic diplomacy as it watches foreign investment flow out of China to its neighbours but not to it – and also amid worries about being next in line for a Trump administration tariff hit.

And so, one of the back stories of the new Indonesian ministerial team under President Joko (Jokowi) Widodo was the appointment of Indonesia’s ambassador to the US, Mahendra Siregar, as vice foreign minister responsible for economic diplomacy.

Siregar is exquisitely well credentialled for the job as a former head of the investment promotion agency, a former minister variously for trade, finance and international economy, and a chairman or director of several companies. And he has been a long-time friend of Australia as a Monash University graduate and member of the Australia Indonesia Centre board.

But what’s most striking about this appointment is the way it shows how the Trump administration’s arbitrary and mercantilist approach to international trade has forced a major economy to structure a senior job largely just to manage US economic risk. This might be a sign of things to come in other countries.

And Siregar may be treading in an extra minefield by being told to report to Jokowi not through his notional boss the foreign minister Retno Marsudi, but via the coordinating ministers who look after economy and business, Airlangga Hartarto, and maritime affairs and investment, Luhut Panjaitan.

Indonesia will have been extra unsettled by the way US Commerce Secretary Wilbur Ross played down the impact of cuts to US import tariff preferences for Thai products during the weekend summit.

Previous Article
Chart of the week: Trump and the US-Australia alliance
Next Article
The uncertain fate of Islamic State in Pakistan

It was another big week for Donald Trump on The Interpreter, and he hasn't even taken office yet.
Shane McLeod 22 Mar 2019 12:00

The far-north will be key to closer cross-border ties and Cairns hosted the Australia-PNG Emerging Leadership Dialogue.