Joining the “Barty party” in foreign and defence policy

If Australia wants a role model for how to present itself to the world, the tennis champ embodies humility and grit. 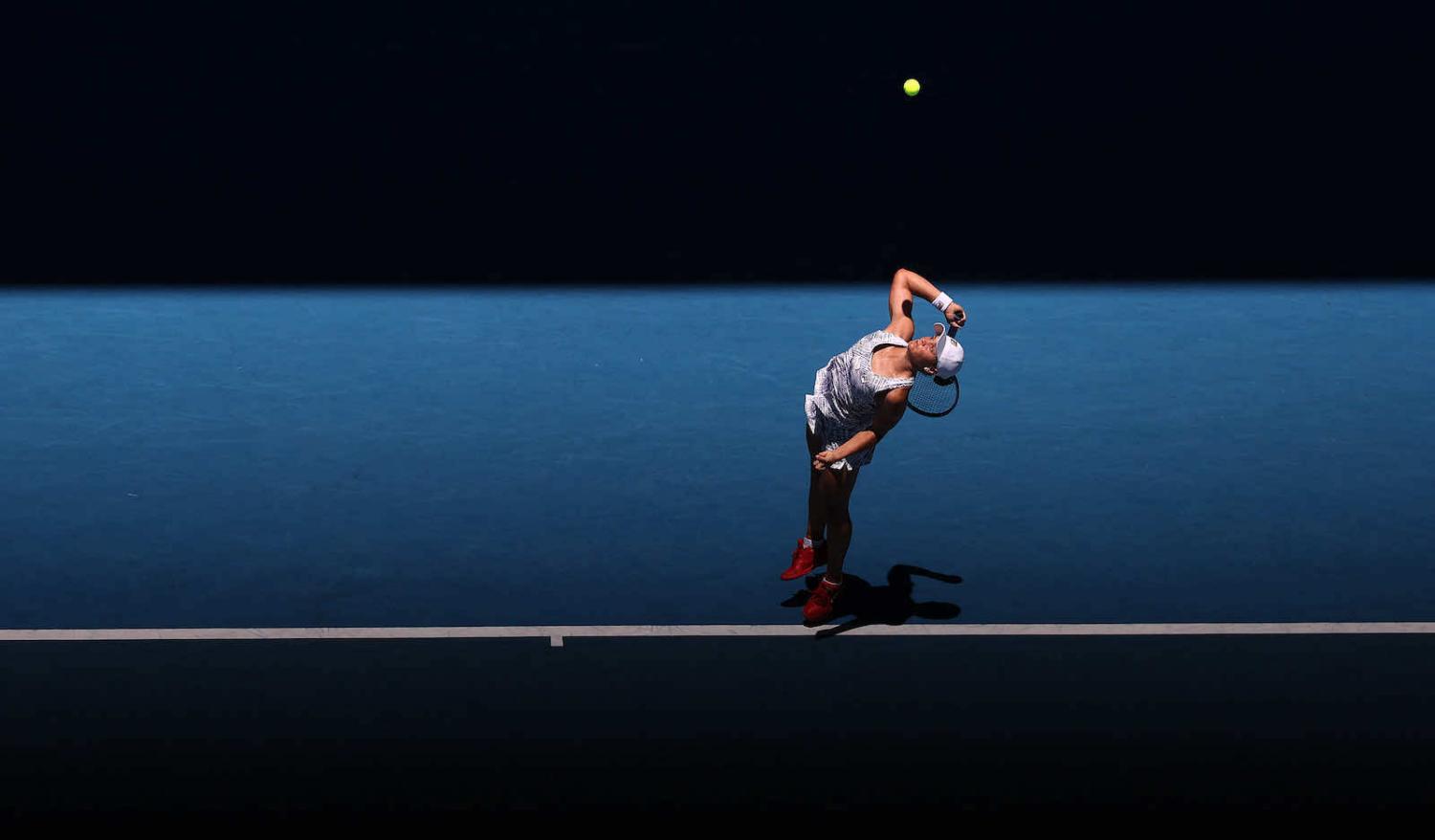 At an Australian defence and security community event in 2020, one speaker was asked who represented Australia’s ideal “strategic personality”. His response was Crocodile Dundee – confident and with a big knife.

To be fair to the speaker, he was thinking on his feet. But the idea that Australia’s strategic personality – its specific way of viewing, interpreting, and behaving in response to perceived threats and opportunities – should be exemplified by Crocodile Dundee sat uncomfortably with us. Crocodile Dundee, hard-drinking, boorish, who solves problems with his big knife and with a naivety about most other cultures, was an unflattering stereotype of Australians when the film came out in 1986 and to us seemed even less desirable today (especially as the reported real-world inspiration for the character was killed in a shootout with Northern Territory police).

So, before Joanne got up to present in the next session, some of the women participants decided to put forward an alternative model. After furious workshopping during lunch, we landed on our ideal candidate: Ashleigh Barty.

We remain sceptical about the value of anthromorphising states in such a manner. Yet, Barty’s triumph at the 2022 Australian Open tennis seems an opportune moment to revisit why – if we must have a role model for Australia’s strategic personality – it should be her.

Rather than prioritising macho overconfidence, Australia’s strategic personality could benefit from a dose of Barty’s humility. As a high-income middle power there is a lot that Australia can achieve – its crisis response in the Pacific Islands is illustrative – but there are limits. Australia faces an increasingly unsettled Indo-Pacific where old assumptions no longer necessarily hold, making it important to recognise the limits of power and to listen more to the region. For example, while Australia possesses more material power than Pacific Island states, this does not entitle it to lead the region. Rather than seeking to impose its interests on them, Australia could improve its Pacific relationships by approaching them with humility and empathy.

While Barty has plenty of natural talent, it is her perseverance in the face of challenges ... that offers another important lesson for Australia.

Linked to Barty’s humility is her teamwork. Barty has repeatedly attributed her success to her coaching and support team, often using the pronoun “we” instead of taking credit individually. As a middle power Australia has historically preferred multilateralism in its foreign and strategic policy, but has latterly expressed scepticism about “negative globalism”. While the Covid-19 pandemic has laid bare the value of multilateral approaches to tackling global security crises, unlike Barty, Australia has not always been a “team player”. For example, while Australia has made significant pledges of vaccines to the COVAX facility, its delivery of those pledges has lagged as it lapsed into bilateral “vaccine diplomacy”.

While Barty has plenty of natural talent, it is her perseverance in the face of challenges – including deciding to take a two-year break from tennis – that offers another important lesson for Australia. Like Barty, Australia has natural advantages – especially with minerals and resources – but doesn’t always capitalise on them: the taxation of the extraction and export of non-renewable natural resources is low by world standards. And although the consequences of climate change are already evident, especially during bushfire seasons, the country seems to prefer to shrink away from this serious problem rather than addressing it head on.

As a settler colonial state, Australia also needs to do much more to critically reflect upon the violence and dispossession of its past and how this affects relations with First Nations and regional states, particularly in the Pacific where white Australia has a long colonial legacy.

Barty is “an extremely proud” Ngaragu woman and, as National Indigenous Tennis Ambassador and many other ways, promotes and gives back to her community. Rather than recognise and embrace its Indigenous heritage in foreign and strategic policy, Australia demonstrates a stubborn desire to cling to the coattails of the Anglosphere, particularly through partnerships such as Five Eyes and AUKUS.

The Department of Foreign Affairs and Trade has recently adopted an Indigenous Diplomacy Agenda to “elevate indigenous issues” in Australia’s foreign affairs. This might appear to be a step in the right direction, yet the Australian National University’s Research Fellow in Indigenous Diplomacy James Blackwell warns that First Nations remain seen as a “domestic constituency… unaffected by external affairs, and therefore have little to contribute to issues within foreign and defence policy”. We are wary of instrumentalising, “mining” or appropriating First Nations’ voices as merely “strategic assets”.

A strategic personality inspired by Barty could provide impetus for Australia to meaningfully engage with and prioritise the voices of First Nations people. This would require a genuine process of reconciliation and reparation with First Nations peoples, with substantive action to implement the Uluru Statement from the Heart and on Closing the Gap. Australia’s failure to reckon with or resolve its history undermines claims to good international citizenship, denies an international voice to First Nations people, and has been criticised by the United Nations Special Rapporteur on the Rights of Indigenous Peoples and the United Nations Human Rights Council.

This could also open up wider conversations about Australia’s identity, society, demography, and geographic location that might help the country avoid its predicted fate of becoming the “poor white trash of Asia”.

Finally, linked to Barty’s perseverance is her versatility, both in her game and in her ability to switch to first-grade cricket during her hiatus from tennis. The AUKUS partnership potentially committed Australia to spend up to $171 billion towards the acquisition of nuclear submarines that are unlikely to start being delivered until the late 2030s. With the Indo-Pacific strategic environment evolving rapidly, it is questionable whether Australia will have the versatility – let alone the funding and capability – to respond rapidly. Those questions become even louder when considering how Australia will respond to non-military security threats such as climate change.

If Australia is seeking to change its strategic personality to face the challenges of the Indo-Pacific era, the nation could do worse than look to Barty for inspiration.

Funding the deficit is a necessary short-term measure, but “free money” can lead down a dangerous path.
John Hart 8 Feb 2018 07:00

Syria: a plan to name and shame chemical weapons suspects

A French initiative, backed by Australia and international organisations, aims to hold supporters of chemical weapons use legally accountable.