Tracing the life of Kim Jong-un delivers a captivating account of a chubby, cartoonish dictator that graces the screen. 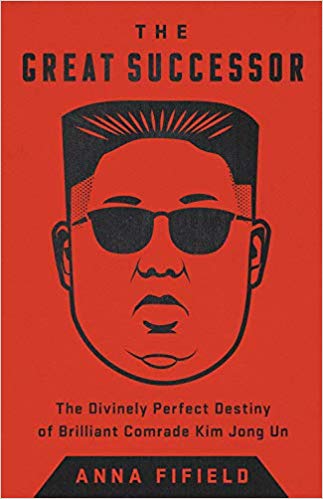 Anna Fifield’s The Great Successor is a wonderful narrative, weaving together Kim Jong-un’s childhood (and adulthood) basketball obsession, conversations with a former North Korean drug dealer, and the optics of the Singapore summit with Donald Trump as it tracks the life and rule of North Korea’s young leader. Reporting and interviewing from around the world, including North Korea, South Korea, Switzerland, Japan, Malaysia, Singapore, the Unites States, Laos, Thailand, and China, Fifield’s book is a captivating read for those with both a serious and a casual interest in learning more about the chubby, cartoonish dictator that graces their screens.

In the prologue, Fifield describes sitting on a flight to Pyongyang with a first-time visitor to North Korea. She reflects that she couldn’t bear to tell him that his destination was “a charade crafted over decades” to prevent visitors from experiencing the real North Korea. A few pages later, she writes that “Despite the regime’s best efforts, it was easy to see that the country was broken” – a slight contradiction perhaps of her earlier thoughts. But these thoughts also reveal one of the many paradoxes of studying North Korea. What you are shown can be deeply revealing, even when you suspect it is not “real” or the “truth”.

Paradoxes and contradictions are a consistent theme throughout the book, and are perhaps one of the reasons that Kim Jong-un and North Korea in general are fascinating to so many ­– secrecy and openness, wisdom from age in a Confucian society and a young leader, and a family dynasty where the legitimacy of the current ruler is bolstered by his resemblance to a grandfather he never even met.

The treatment of women – as objects of both North Korean and international male attention – is another theme. North Korean women are gawked upon, flirted with, paraded around, and cheated on. Although the book is centred on Kim Jong-un, some of the most interesting material is on more traditionally “feminine” topics or female subjects, such as how the Kim children were raised, marriages, and the roles of Kim Jong-un’s sister and wife.

Fifield dives into not only the aspects of Kim Jong-un’s life that dominate the media – his cultivation of the North Korean nuclear program, his relationship with Trump, and his bold actions to consolidate power – but also some of the more mundane. Interview subjects include individuals who personally knew Kim, such as the adult sushi chef who was his childhood playmate, North Koreans who lived under his rule, and experts who have never met the man but are specialists in related fields, such as political scientist Bruce Bueno de Mesquita.

Fifield skilfully uses bits of information from diverse sources to craft a picture of Kim’s life before and during his reign as leader of North Korea.

Fifield skilfully uses bits of information from these diverse sources to craft a picture of Kim’s life before and during his reign as leader of North Korea. An interview with Kim’s aunt, for example, presents Kim’s birth year to be 1984 – a statement the aunt is sure of because she remembers changing Kim’s nappies at the same time as her son, who was born the same year.

The book weaves back and forth from being centred on Kim’s life to being more interested in the effect he has had on his country. The first section, The Apprenticeship, feels the most intimate as it covers Kim’s early life. The second, The Consolidation, loses some of that character – unsurprisingly, considering the challenges of reporting not only on North Korea but on Kim himself. There are still stories in the second part that will whet the appetite of those looking for some salacious details of how the leader lives, most of these courtesy of Dennis Rodman’s visits. As its title reveals, this section concerns itself more with the political and economic dimensions of the young Kim’s consolidation of power such as Kim’s decision to execute his uncle or the way people in North Korea make money.

The third section, The Confidence, traces Kim’s increasingly bold moves, including the assassination of Kim Jong-nam, a half-brother who he had never met. One of the most explosive revelations in the whole book, courtesy of anonymous source, is that Kim Jong- nam was a CIA informant. Though the Wall Street Journal published this information just days before The Great Successor debuted, it is worth reading Fifield’s account for a richer picture of the separate environments the half-brothers grew up in and the family politics behind the paths taken by each of the men.

The limitations on journalism on North Korea hold for The Great Successor as they do for all material. Fifield could not meet with Kim Jong-un, and the pool of people who know him and are available to speak is small. Despite these challenges, Fifield crafts a solid narrative of Kim Jong Un, his associates, and the country he rules.

Show Comments
Previous Article
Are we ready for a rare earths trade war?
Next Article
Morsi’s fate a reminder of power realities in Egypt