As China holds extraordinary power over material essential to high-tech products, Australia is key to diversification. 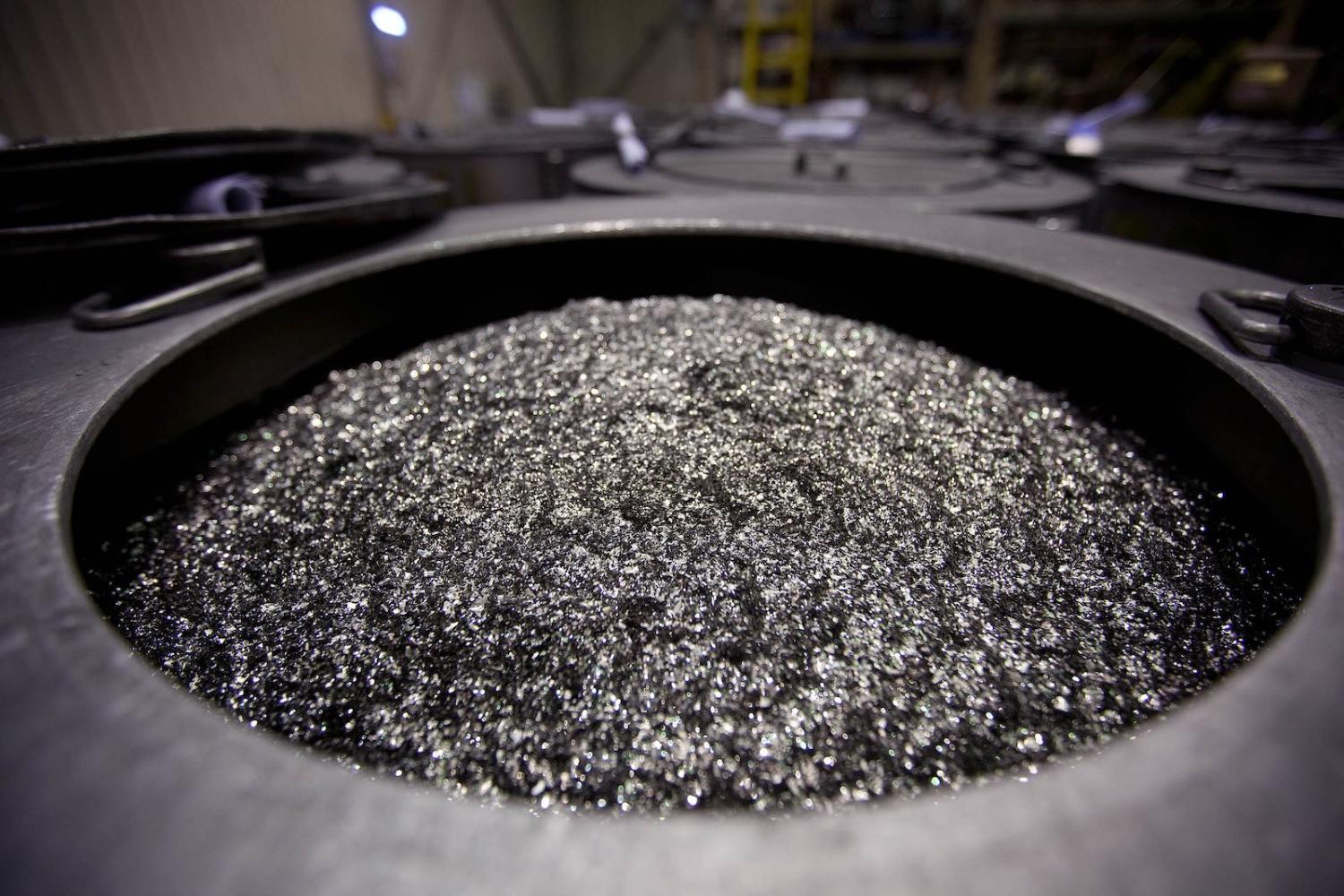 Neodymium magnets about to be crushed into powder at a factory in Tianjin, China (Photo: Doug Kanter via Getty)
Published 18 Jun 2019     Follow @JDWilson08

Rare earth minerals have emerged as the latest front in the escalating US-China trade war. Nearly a decade after the Chinese government controversially suspended rare earth exports to Japan during the 2010 Senkaku dispute, similar threats are now being made if the bilateral trade dispute with the US deepens.

How prepared is the global economy for another deployment of the so-called “rare earths weapon”?

Rare earths are an ideal instrument for economic coercion. They are an essential input into a wide range of high-technology products, across the electronics, petrochemical, renewable energy and defence sectors. As there are few economically-feasible substitutes for their use, any suspension to rare earth value chains would have a disastrous impact on an economy’s technological ecosystem.

China also possesses an extraordinary degree of market power. While not strictly a “monopolist”, in 2017 it produced an estimated 79% of the world’s rare earth oxides. By comparison, OPEC – a longstanding and sometimes-feared energy cartel – accounts for only 41% of global oil output. Outsized market power gives the Chinese government considerable scope to use rare earths as leverage in diplomatic disputes.

If China were to suspend rare earth supplies to the US, the consequences would be global. Rare earths have a complex industrial geography, with several countries involved in the cross-border value chains that mine, refine and manufacture these products. Prices would skyrocket as users scrambled to secure supplies, with knock-on effects across the global technology ecosystem.

Attention has quickly turned to finding alternatives to Chinese supply. In theory, this should not be difficult. As the old saw goes, “rare earths are not actually rare”. They are geologically quite common, with cerium occurring in the earth’s crust about as frequently as copper. Many countries have commercially-viable deposits; and global reserves will satisfy current consumption levels for nearly 1000 years.

Whether or not China chooses to deploy the rare earths weapon in its trade war with the US, it is simply not sustainable to rely on a single supplier for four-fifths of an essential industrial input.

US efforts have therefore begun to diversify value chains. On 4 June, Commerce Secretary Wilbur Ross released a strategy to ensure secure critical minerals. This outlined six steps aimed at growing non-Chinese supply, both within the US and from third-party countries. Discussions with Australia and Canada on cooperating for rare earths have also commenced.

Australia is central to these diversification efforts. It is currently the second largest oxide producer, accounting for 15% of global output. It is also home to Lynas Corporation, the world’s most prominent rare earths company outside China. Lynas emerged in the wake of the 2010 rare earth crisis, and has been supported by long-standing commercial relationships with Japanese partners Sojitz and JOGMEC.

Lynas could soon become an important counter-measure for the US. In May, it announced a plan to build a rare earths separation plant in Texas, in joint-venture with Blue Line Corporation. The plant will not only re-establish separation capacity in the US; it will also separate the “heavy” rare earths that are presently only produced in China.

However, these developments fall well short of providing a robust defence against rare earth coercion in its trade war with China.

First, there is the basic matter of lead times. Rare earths mining and refining is extremely technically complicated, and facilities take a matter of years – not months – to be designed and built. Establishing secure and scalable industrial chains outside China will be a medium-term effort, leaving the US exposed to coercion (and third parties to collateral disruption) in the interim. New suppliers will not arrive in time to provide relief in the current phase of the trade war.

Indeed, this might encourage Chinese leaders to deploy the rare earths weapon sooner, if they believe their near-monopoly will eventually be diluted.

Second, there are also challenges for downstream processing. While rare earth deposits are not all that rare, the facilities to process them into usable products are. For example, the Mountain Pass mine in California presently ships its ore to China for processing, as no suitable facilities presently exist in the US. While Lynas currently manufactures a refined Neodymium-Praseodymium (Nd-Pr) product, the majority of its output by volume are oxides that require further processing – typically in China - before use.

It may be telling that on May 20 Xi Jinping made a public visit to JL Mag, a manufacturer of permanent rare earth magnets. This underscored that China’s market power rests more on downstream processing capacity than in-ground resources.

Whether or not China chooses to deploy the rare earths weapon in its trade war with the US, it is simply not sustainable to rely on a single supplier for four-fifths of an essential industrial input. New and more diverse value chains must be established to secure the foundations of global technology industries.

Diversification must also adopt a whole-of-value chain approach. Past efforts have focussed on the upstream mining stage, bringing oxide suppliers such as Lynas and Mountain Pass into the market. But without integrated value chains that combine mining, separation and final processing, China’s near-monopoly will continue. Downstream processing is essential to prepare the global economy for a rare earths trade war.

Previous Article
Episode 3 of Rules Based Audio, “The Propaganda Department”, out now
Next Article
Book review: The Great Successor

Rather than allowing the private sector more space, Beijing wants a tool for the implementation of government policy.
Rodger Shanahan 25 Jul 2017 11:34

Syria: A farewell to arms

The CIA program was trying to apply just enough pressure while also accounting for all weapons, even though it didn’t control them: it was too big an ask.
Purnendra Jain, Takeshi Kobayashi 18 Aug 2021 10:00

The double challenge for Suga

Japan’s Prime Minister cleared a massive Olympic hurdle. But will he trip up on the politics to follow?