Australia has been more generous than most but as geopolitical as China. 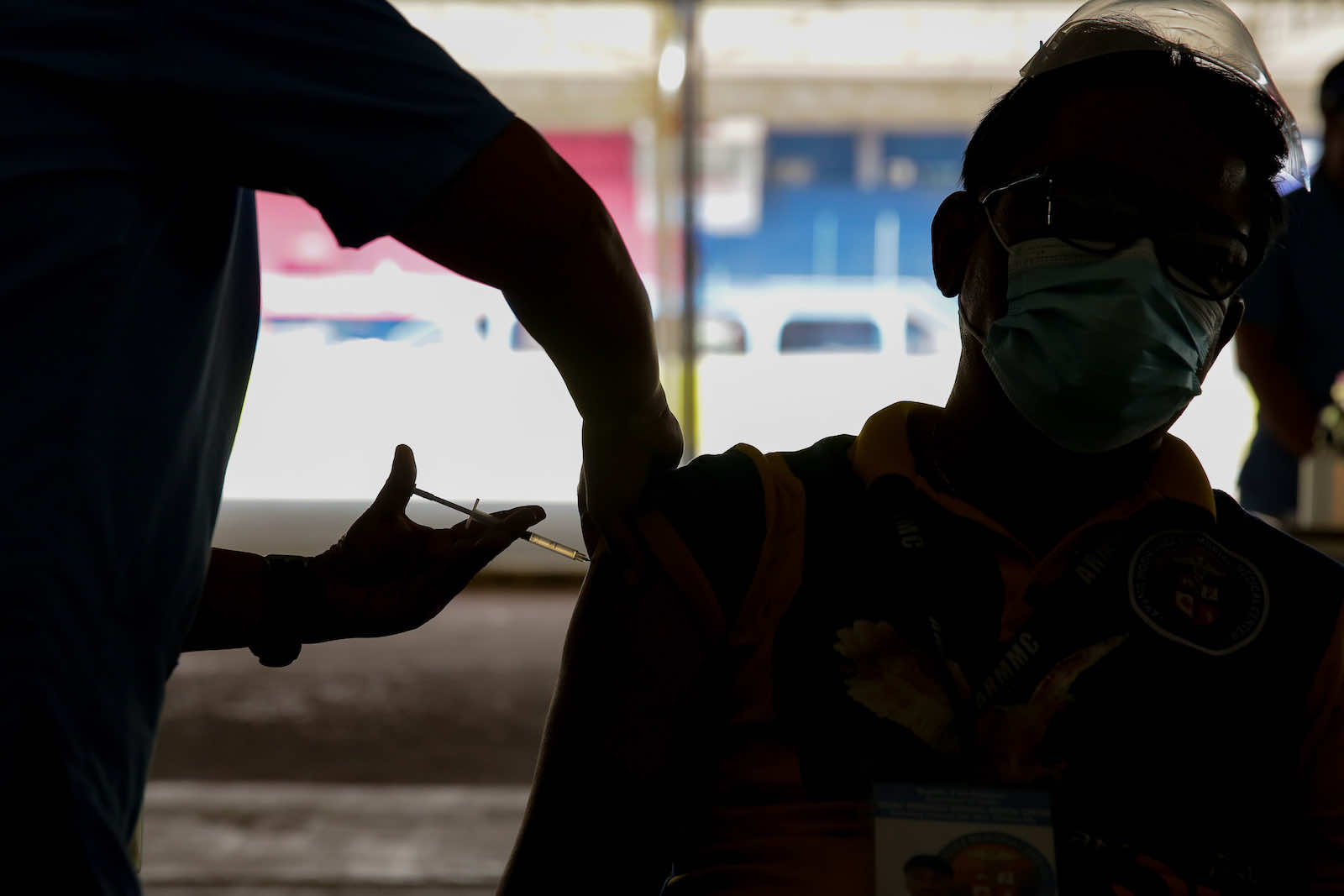 In the global vaccine drive Australia has favoured bilateralism over multilateralism, and its generosity appears among the most heavily influenced by geopolitical considerations (George Calvelo/NurPhoto via Getty Images)
Published 25 Oct 2021 06:00   0 Comments       Follow @RolandMRajah

As global health leaders have repeated ad nauseum during the pandemic, no-one is safe until everyone is safe. Helping vaccinate the world is therefore a matter of national self-interest. Yet less than 3 per cent of people in low-income countries have to date received at least one Covid-19 vaccine dose.

After making considerable progress in vaccinating their own populations, rich countries might now be gradually shifting towards a more serious effort to vaccinate the world. No country is doing enough. But larger vaccine commitments have at least begun to emerge from meetings including at the G7 and at the Global Covid-19 Summit hosted by the United States. According to Think Global Health, total vaccine donation commitments have so far reached 2 billion doses.

Despite all the talk of America turning inwards and away from multilateralism, when it comes to global vaccine equity, it is Australia that needs to do better.

Where does Australia stand within these global vaccine efforts? The answer is both surprising and mixed. Australia is among the most generous vaccine donors globally. But it has been relatively slow to deliver, favoured bilateralism over multilateralism, and its generosity appears among the most heavily influenced by geopolitical considerations.

Australia has pledged to provide a total of 60 million vaccine doses to Southeast Asia and the Pacific. That equates to 2.3 doses for every Australian. Assuming these would all be vaccines requiring two doses for a full course – and setting aside the need for future booster shots – Australia has effectively committed to donating an initial vaccine course for more than one person in the region for every person in Australia. This places Australia second in the world in terms of vaccine generosity among major donors. Only the United States has committed to donate more vaccines on a per capita basis.

Timing however matters. Vaccines delivered today are far more valuable than vaccines delivered tomorrow, let alone years in the future. Globally, rich country governments have so far delivered only 15 per cent of their total vaccine commitments, inclusive of pledges made at recent summits. To date, Australia has delivered just eight per cent (4.9 million doses) of its promised donations – an unnecessarily low number given many millions of AstraZeneca doses have gone unused in Australia due to concerns about rare blood clotting risks.

Australia still compares reasonably well in terms of how it has balanced domestic needs with the imperative to help others; it has delivered more doses overseas relative to the number administered at home compared to most other major donors. Nonetheless, a dramatic ramp up in deliveries will be needed to reach the 20 million doses promised for donation by the end of the financial year, let alone the 60 million doses pledged by the end of 2022.

Another issue is that the government has largely ignored the multilateral COVAX initiative, the best available global mechanism for ensuring that vaccine doses go to those that need it most. Nearly all other major vaccine donors have so far directed the majority of their vaccine doses for sharing via COVAX, thereby strengthening the facility as a centralised multilateral coordination mechanism.

Instead, Australia has so far chosen to operate on a wholly bilateral basis while targeting its vaccine generosity based on where it has a direct national interest ­– first and foremost in the Pacific and Indonesia, and more broadly in the immediate region.

Of course, many countries need help and there is a logic to assisting those nearby where diplomatic, economic, and social links are greatest. Some in Australia’s region have also faced among the most severe domestic outbreaks, such as Fiji and Indonesia. It is also important to recognise that other donors sharing their vaccines via COVAX seem to have mostly done so on the basis of specified allocation plans.

Australia’s sole contribution to COVAX has been financial. But even then, Australia has been among the least generous – contributing only $4 per person compared to nearly triple that by the United States and many multiples more by countries such as Sweden and Norway. Meanwhile the Australian government’s vaccine commitment of $77 million under the auspices of the “Quad”, an overtly geopolitical grouping focused primarily on national security, almost matches the $100 million Australia has contributed to COVAX.

Australia’s approach puts it out of step with other major global donors. The only other major donor displaying a similar pattern of bilateral vaccine diplomacy is China – which shares none of its vaccine doses via COVAX and has contributed relatively little financially to the facility.

It is also striking that the United States is set to give away more doses per person than Australia and primarily through COVAX. Despite all the talk of America turning inwards and away from multilateralism, when it comes to global vaccine equity, it is Australia that needs to do better.

Australia can and should do more to contribute to global vaccine equity, for both moral and self-interested reasons. The End Covid for All Campaign has recently put forward a useful set of specific suggestions, which deserve consideration. The most straightforward is that Australia should lift its contribution to COVAX through increased vaccine sharing and funding. Vaccine doses also need to be shared much faster than they have been to date.

Finally, the government should reconsider its recent decision not to extend the contract for locally-made AstraZeneca vaccine doses beyond 2022, or provide a more detailed explanation for its basis. In a world of inadequate global vaccine supply, it is hard to see the logic in taking offline already established capacity rather than capitalising on it.