Much more than only trade and investment, the Indonesian President has grander ambitions for the two neighbours. 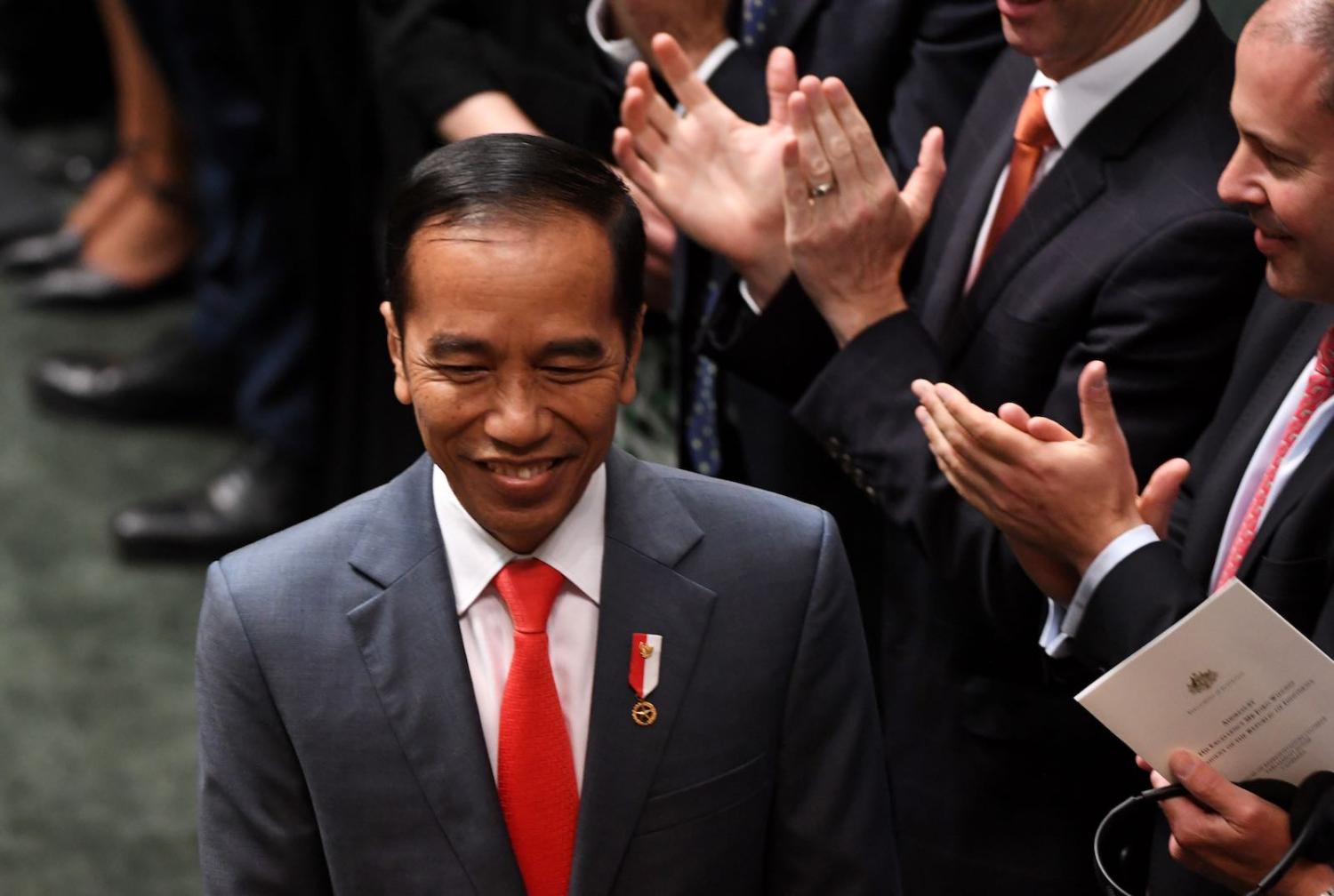 The visit by Indonesia President Joko Widodo (“Jokowi”) to Canberra this month brought fresh hope of cooperation between the two nations. With Jokowi bringing the freshly ratified Indonesia-Australia Comprehensive Economic Partnership Agreement (IA-CEPA) as a “gift” for Australia, most of the headline commentary naturally took a view that this official visit was economically motivated.

Yet watching the President’s speech to the Australian parliament, I wonder if the gift was truly at the heart of this visit, or if instead it was a nice oleh-oleh (souvenir) of neighbourly goodwill. It seems to me that the historical significance of the speech itself was on Jokowi’s mind and very much central to his visit. It is likely his only opportunity to voice what Indonesia truly wants in a partnership, directly to the Australian public.

So with that that in mind, examining the speech for structure, choice of words, and the deliberate and purposeful tone is important. Those interested in the full fifteen-and-a-half minute speech can watch the Indonesian State Secretariat recording here (note: it is in Bahasa Indonesia).

The first third talked about the past and present friendship. It opened with a mention of Indonesia’s assistance to fighting recent bushfires in Australia, immediately followed by personal condolences to Prime Minister Scott Morrison: “a friend in need is a friend indeed”. After commending Australian soldiers who gave their lives during relief efforts in the aftermath of the 2004 tsunami, the speech then crescendoed into the declaration: “Australia adalah sahabat paling dekat Indonesia“ (Australia is Indonesia’s closest friend) [emphasis based on actual speech]. After quoting Prime Minister Robert Menzies to highlight shared values, Jokowi finally concluded this first movement with an appeal to a friendship that extends beyond governments and parliaments, down to the people of the two nations.

Jokowi was a businessman before entering politics, and his stance reflects the general business attitude of Indonesians who often value personal relationships over written agreements.

This was then followed by a relatively quick march of the second movement as he brushed through a list of four priority agendas to welcome a century of Indonesia-Australia bilateral ties in 2050. The second item in this list – over halfway through the speech – was the first and only mention of economic collaboration and IA-CEPA. It was sandwiched between partnership in democracy and a call to be teman sejati (a true friend) of Pacific Island countries. The fourth priority agenda gave a nod to Jokowi’s plan to shift Indonesia’s national capital, thinly veiled as a commitment to sustainable development. Finally, the second movement ended with Jokowi’s light-hearted smile and a gentle tap on the podium for another successful pop-culture inset in his international speech, this time to the recent series of Marvel superhero films.

The final movement was arguably the most important one, as it is the section of the speech most quoted in the Indonesian State Secretariat website. Using passion-laced words, Jokowi painted a picture of enduring friendship well into the future which begins with the young generation of today. Leveraging on his status as a trendsetter, Jokowi proposed the “Ausindo wave”. This is to be a new trend for Australian and Indonesian youths which seeks to menggelorakan kecintaan (to animate, stir, inflame the love for) each other. Jokowi referred to the current educational links – of Australians learning Indonesian language and of Indonesians studying in Australia – as a substantial asset for strengthening future relationship. His final quote from Aboriginal singer and activist Jimmy Little again highlighted the theme of friendship: “We’re all gifted with the opportunity to succeed. But you get further if you extend the hand of friendship.”

With sahabat, teman (friend), and persahabatan (friendship) peppered all over the speech and barely 10% of airtime dedicated for economics, the true message seemed quite clear: friendship is key first and foremost, economic advantage is a spillover. In fact, the speech’s grand finale is structured precisely to reflect this:

Yes, Jokowi did attend an Indonesia-Australia business roundtable after this speech. And yes, three of the five ministers who accompanied him to Australia deal with economic affairs, trade, and investment. However, if we truly believe in the centrality of this speech to his visit, then we probably should re-evaluate some of our assumptions about how Indonesia viewed this economic agreement.

Jokowi was a businessman before entering politics, and his stance reflects the general business attitude of Indonesians who often value personal relationships over written agreements. IA-CEPA is certainly a wonderful gift that Jokowi brought along in his state visit to Australia, but it may be more a symbol of friendship than an economic apparatus. At the end of the day, maintaining strong people-to-people links between Indonesia and Australia may well be more important than IA-CEPA in encouraging closer economic partnership between the two neighbours.

Previous Article
The politics of fire, from the Amazon to the bush
Next Article
Australia can’t continue to divide the Indian Ocean in two

Ten canneries were to be built to capture more value from tuna caught in PNG waters. A decade later, there are no canneries.
John Edwards 28 Jan 2020 13:30

Australia needs to be very wary of how Donald Trump’s “unbelievable deal” will play out.
Michael Fullilove 14 Nov 2018 11:00

There is every chance the president will be bolder abroad, in search of wins he believes will help him at home.