CCP: Who makes up the party

Demography is destiny, as is said – and the numbers in China make for a compelling story. 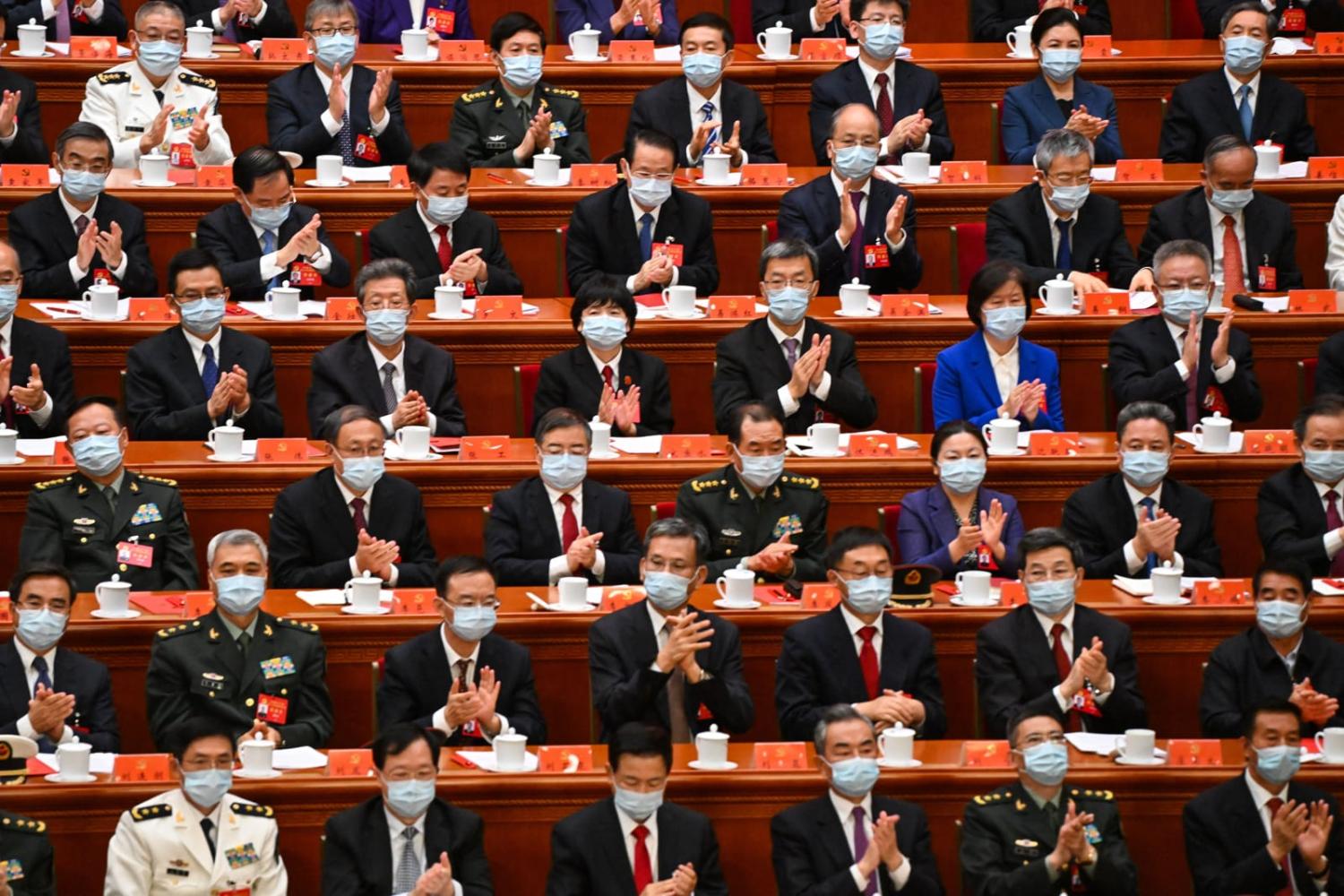 Other east Asian systems also have fewer women in their ranks than many Western countries, but none are as bad as China (Noel Celis/AFP via Getty Images)
Published 3 Jan 2023     Follow @mcgregorrichard

Over summer in Australia we’re featuring selected articles from the past year. This was originally published 15 November 2022.

These first three charts, taken together, tell you a lot about the Chinese Communist Party.

The ones on age and gender make China an outlier compared with many other countries. In other words, the senior ranks of the party are mostly old, as in over 60 years old, and overwhelmingly male. Younger, women politicians are now commonplace in many countries. But not in China.

In some respects, the age profile of the senior echelons of the party – in the Central Committee – is similar to many east Asian political systems, or, perhaps more accurately, their bureaucracies. In such systems, promotion is tied to age and time served. In the case of China, the party bureaucracy is the political system, and you rarely rise through the ranks without serving your time outside of Beijing.

Many Chinese will argue this is a positive feature of the system. It is a meritocracy, and you have to prove yourself before being promoted. There is some truth in this. Other east Asian systems also have fewer women in their ranks than many Western countries, but none are as bad as China.

This graph represents the situation at the last Party Congress, in 2017. It may be even worse now, as for the first time in 25 years, there is not a single woman in the Politburo in the wake of the 20th Party Congress, held in October 2022.

The third graph, on professions, encapsulates one of the major reforms of the party in recent decades. Look at 1987, and the dominant professions still represent the party’s revolutionary, and rural, roots. Farmers are the largest group, followed by cadres (party and government officials) and blue-collar workers.

The years of double-digit growth are tailing off – no economy grows at ten per cent for ever – and the world economy is now slowing as well.

Fast forward to 2017 and you can see the impact of Jiang Zemin’s decision 16 years earlier to allow entrepreneurs to officially join the party. They now make up somewhere between ten to 25 per cent of the membership. From the CCP’s perspective, this was an inspired reform, and highly successful, as it merged the party’s interests with the businesses that drive the economy. But I wonder what this chart will look like in ten years hence?

Xi Jinping has shown little empathy with the private sector. A number of high-profile entrepreneurs have been targeted on his watch. Will they be so keen to join the party in the future? More to the point, will the party welcome them in?

The Chinese economy is struggling at the moment. A “Covid zero” policy and associated lockdowns have clobbered growth. A slow burn property crisis is dragging down the biggest sector of the economy, construction. On top of which the country is facing both a secular and cyclical slowdown. Put another way, the years of double-digit growth are tailing off (no economy grows at ten per cent forever), and the world economy is now slowing as well.

All of those trends, though, are to some extent reversible. China’s demographic crisis, however, is not. As this chart shows, China will lose more than 100 million workers in the next decade and a half, and it can do little to reverse that.

The one-child policy, which started in 1980, is largely to blame. But so are the same factors that are present in many economies. Women are having fewer babies. In part, this is an individual choice for many women. But it is also because Chinese couples worry that they cannot afford the cost of raising many children, and so stop at one, even though the government now allows and indeed encourages them to have more.

All is not gloom in the economy. Some of China’s investments in industry policy have paid off, in solar energy, wind turbines and electric vehicles, the supply chains of which are dominated by China. But however well China does on this front, it will have a smaller workforce and high pension costs. Not even the mighty communist party can do much about that.

The division of responsibility between immigration and employment departments may generate discrepancies.
Emanuel Sarfraz 1 Aug 2017 12:43

Those familiar with the chequered history of Pakistani politics are nervous about what lies ahead.
Bec Strating, Joanne Wallis 1 Feb 2022 12:30

Joining the “Barty party” in foreign and defence policy

If Australia wants a role model for how to present itself to the world, the tennis champ embodies humility and grit.