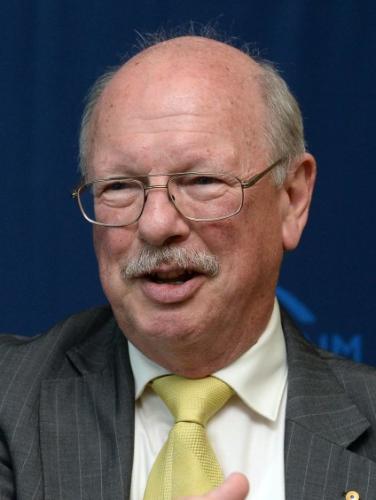 John Carlson held the statutory position of Director General, Australian Safeguards and Non-Proliferation Office from 1989 to 2010. He was Chairman of SAGSI (IAEA’s Standing Advisory Group on Safeguards Implementation) from 2001 to 2006. He was a Member of the Advisory Board of the International Commission on Nuclear Non-Proliferation and Disarmament, which reported in 2009, and founding Chair of the Asia-Pacific Safeguards Network, 2009-12. John is counselor to NTI (the Nuclear Threat Initiative, Washington) on nuclear non-proliferation, disarmament and verification issues. He is a member of the Advisory Council of the International Luxembourg Forum; member of VERTIC’s International Verification Consultants Network; Associate, Project on Managing the Atom, Belfer Center, Harvard University; member of the Asia Pacific Leadership Network for Nuclear Non-Proliferation and Disarmament; and member of the Expert Advisory Committee, Nuclear Fuel Cycle Royal Commission, South Australia. He is a Fellow of the Institute of Nuclear Materials Management, and recipient of the Institute’s Distinguished Service Award. In June 2012 John received the award of Member of the Order of Australia (AM). 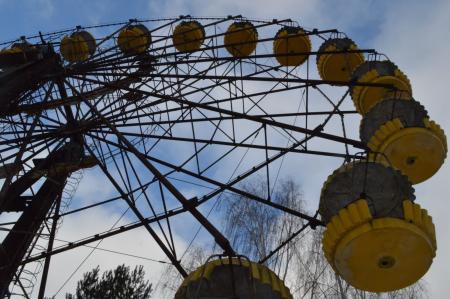 Chernobyl: the continuing political consequences of a nuclear accident
The meltdown contributed to the Soviet Union’s collapse but may have also cost a chance to employ low-carbon energy.

The nuclear weapons ban treaty, one year on
It is perfectly understandable to want the elimination of nuclear weapons, but how many have actually read the treaty? 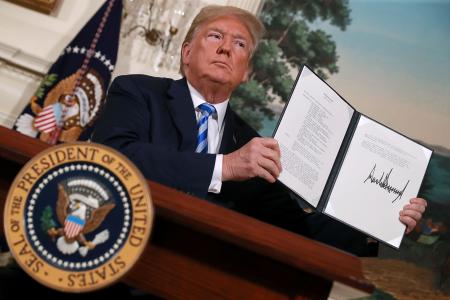 Trump’s Iran decision: one reckless act must not be followed by others
Calm heads must prevail – no one will gain from a nuclear arms race in the Middle East. 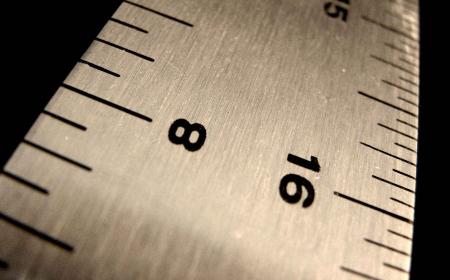 Does the nuclear weapon ban treaty warrant the Nobel Prize?
Australia should not sign the ban treaty. But the need for nuclear disarmament has not diminished. 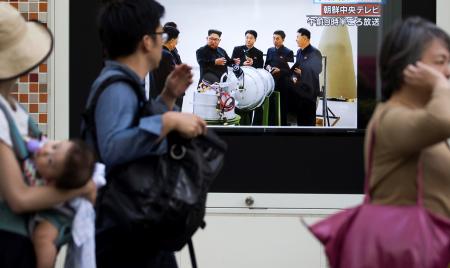 North Korean nuclear crisis: Talks still the best option
The key question is whether Kim Jung-un is developing nuclear weapons and missiles for deterrence, primarily against the US, or for aggression.

Getting past the awful logic of nuclear weapons
There is a real risk that the arms control achievements of the past will start to come undone.

Trump and the Iran nuclear deal
As Trump himself has conceded, it would be hard to change or walk away from on a deal that has been approved in a Security Council resolution.
Hindustan Times
Carrot and stick: How do you solve a problem like North Korea?
ABC Triple J
Does North Korea have a bomb 1,000 times more powerful than a standard nuclear weapon?
Straits Times
Australia's uranium deal with India under fire
Inside Canberra
Holes in the Australian - Indian Nuclear Arrangements?
ABC Radio National
Australia may abandon nuclear safeguards in India uranium deal
Antinuclear.net
John Carlson, former head of Australian Safeguards, condemns uranium deal with India
Top