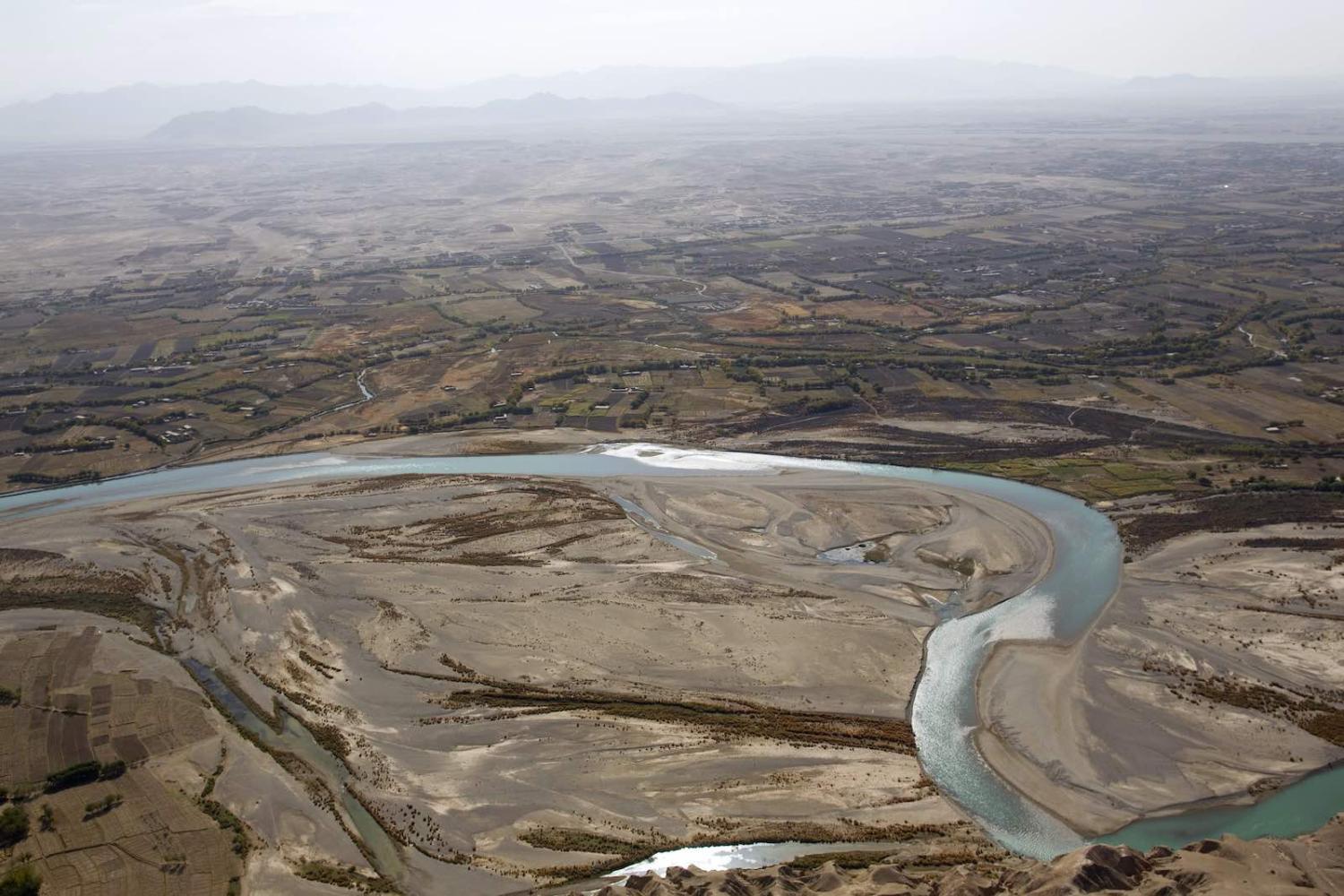 With an estimated 75 billion cubic metres (BCM) of water annually, Afghanistan is, on paper, a self-sufficient water country. However, the country also “has one of the lowest levels of water storage capacity in the world”. Most of the water from its major river basins such as the Amu, Helmand, Harirud-Murghab and Kabul flows to neighbouring countries – Iran, Pakistan, Uzbekistan and Turkmenistan. Lack of water infrastructure as well as the effects of climate change on agricultural output have had a role in forcing many farmers to move to urban centres to secure their livelihoods. At the same time, Afghanistan imports electricity from some of its neighbouring countries, including Iran.

On some of its major rivers, including the Helmand River, which flows into Iran, the Afghan government has started to invest in construction of new dams. The Helmand is considered the “lifeline of water” in Afghanistan, and its basin covers approximately 40% of the surface area of the country.

The Helmand River has been at the centre of a growing dispute between Afghanistan and Iran over water rights and the construction of the Kamal Khan dam. The Iranian government argues that dam construction on the Helmand will cause environmental damage, mainly in its water-stressed south-eastern region bordering Afghanistan. On the other hand, the Afghan government argues that its construction of dams is to ensure water security in consideration of the 1973 water treaty with Iran.

Since the signing of that treaty, Afghanistan has fallen into decades of conflict and has been unable to oversee its successful implementation. Moreover, communication between the two countries, especially in recent years, has become highly polarised over water rights, despite the treaty.

The countries should establish a mechanism for an open and active communication towards the necessary cooperation over water.

Iran insists that restricting water flow on the Helmand River would cause further drying up of the transboundary Hamoun Wetlands. But Afghan officials deny Iran’s claim of squeezing river flow upstream, in part because of the reduction of water storage capacity due to accumulation of silt in the reservoirs over the last decades in Afghanistan.

A hydrological assessment on the Helmand River found no significant change in the Upper Helmand River’s annual mean flow, based on data between 1943 and 2012, despite the drought-affected period of 1983–2012 in the region. Meanwhile, according to the water treaty, “Afghanistan agrees that it shall take no action to deprive Iran totally or partially of its water right to the water of the Helmand River as fixed and delimited”. Notably, Iran has received 40% more water than its total agreed rights (26 cubic metres per second) per normal year since the signing of the treaty.

The flow and distribution of water in the river has been indicated in the 1973 treaty on a monthly basis, and usually the river has low discharge in autumn. This means that the supply of water to the wetlands in Iran was not fully guaranteed in the treaty during low discharge. Article V of the treaty declared that Iran shall not claim for additional water amounts even if excess water may be available in the lower reach of the river. In addition, environmental flow was also not part of the treaty negotiation to secure water for wetlands.

On the other hand, since the 1980s, Iran has been constructing Chah Nimeh reservoirs to store more water, in some cases increasing overall storage capacity to almost twice its right in the treaty. Due to poor water management and lack of an effective irrigation infrastructure system, however, the available water in Iran’s Chah Nimeh reservoirs still does not meet demand.

The dispute may further escalate during extremely dry years, when the wetlands and artificial reservoirs of Iran remain dry, and Afghanistan can’t release sufficient water to meet Iran’s rightful claim under the treaty.

One reason for Iran's complaints could be increased demand from population growth and lack of efficient water delivery systems. Afghanistan’s development activities in the Helmand River basin should, therefore, also be proportional with river discharge and respect the rights of Iran and principles of environmental sustainability.

The countries should establish a mechanism for an open and active communication towards the necessary cooperation over water. Unilateral development by both sides, in contrast, will only further aggravate the relationship. Based on international water law, Afghanistan should not deprive Iranians from access to water. In return, Iran should extend a helping hand to Afghanistan by contributing to sustainable peace and socio-economic development.

Previous Article
A third aircraft carrier for India: Budget versus necessity
Next Article
Kiwis and hawks: Is New Zealand edging closer to Australia on China?

Thinking about the plethora of security threats all at once is hard ­– which can increase the risk of bias intruding.
Sam Roggeveen 28 Jun 2019 10:00

A tour through this year’s Lowy Institute Poll to see where the public differs from political leaders.
Greg Earl 19 Mar 2018 16:30