Kim Jong-un’s daughter reveal might be about keeping a trusted finger on the nuclear button more than succession plans. 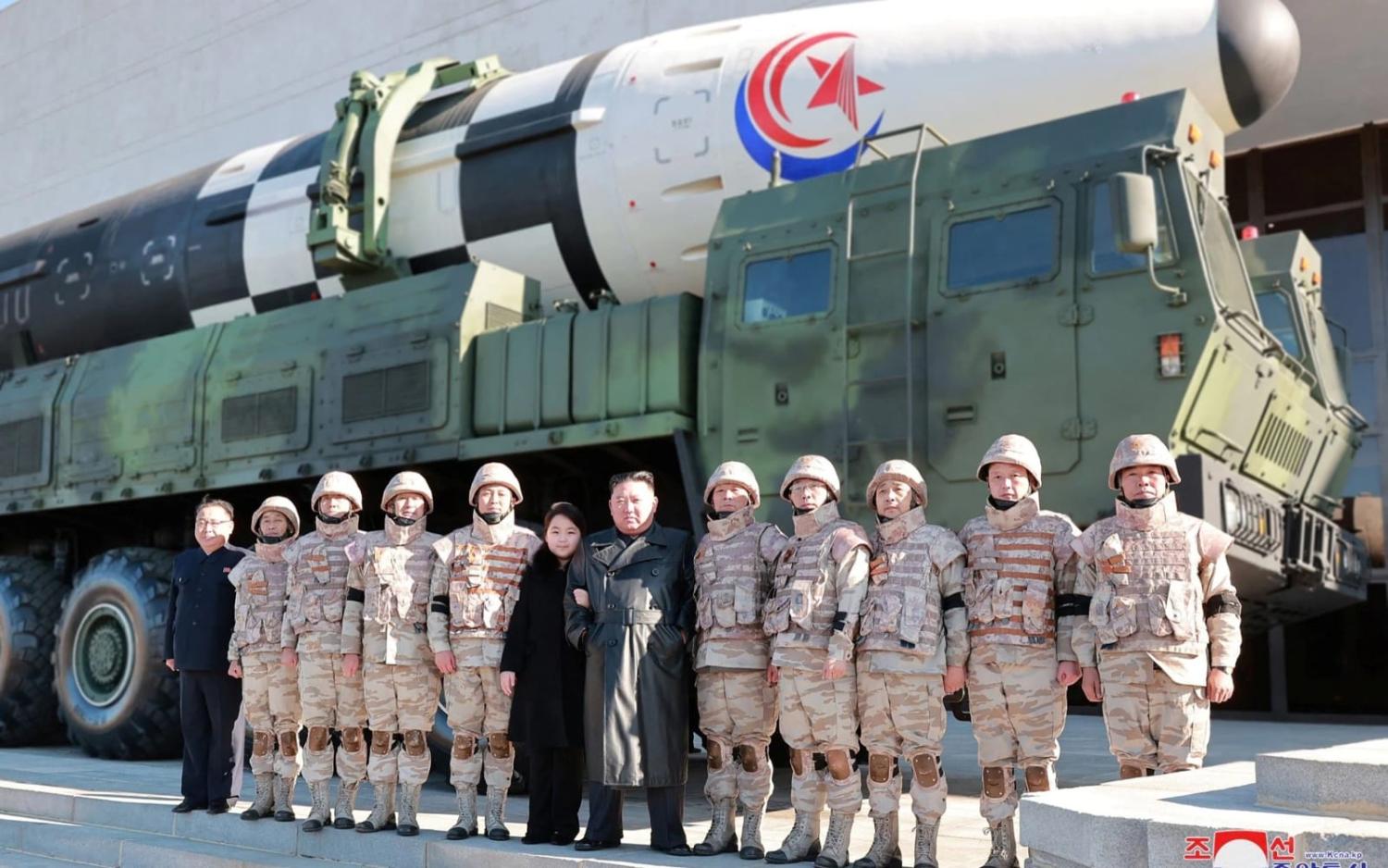 The photos of North Korea’s Kim Jong-un standing hand-in-hand with a girl, reported to be the first public sighting of his daughter Kim Ju-ae, watching the launch of the country’s largest intercontinental ballistic missile aroused much speculation about what signal the regime wanted to send.

Was it North Korea’s determination to develop and keep its nuclear weapons? Its preparation for a successor due to Kim’s poor health? A justification for the ongoing economic hardship to protect future generations? Or an attempt to normalise Kim as a family man understanding the difficulty of common folk? Or some mix of each?

What has been little noted amid the focus on Ju-ae is the significance of the event itself.

The fact that Kim chose to showcase the princess at such a young age at an ICBM launch event, and later in a group photo with scientists and officials involved in the launch, suggests her appearance has most to do with how the regime wants to protect its nuclear program. North Korea’s long-term goal has been to increase the survivability of its nuclear arsenal by means of redundancy, concealment, and hardening. And this explains the country’s relentless push for a complete nuclear arsenal in the face of sanctions.

What good are those nukes if the state cannot protect the person that has the authority to launch them? The real message from Ju-ae’s appearance might be that Kim will choose to extend the launch authority exclusively to the members of his family.

In a paranoid state, Kim can never be sure of the loyalty of his subordinates.

At present, Kim Jong-un is the only person that has the authority to launch the weapons – what is often called assertive command and control. However, he must contend with the prospect that in the event of a conflict, a US or South Korean decapitation strike targeting the leadership (even if it failed to kill him) could paralyse his ability to communicate with field commanders. The fact that North Korea’s command and control system is highly centralised and rudimentary means that it is not resilient under wartime conditions.

Kim has already publicly sought to deter any allied attempts to attack the leadership by declaring in North Korea’s new nuclear law that “a nuclear strike shall be launched automatically and immediately to destroy the hostile forces” if “the command and control system over the state nuclear forces is placed in danger”. For this plan to work, Kim would have to delegate some of his launch authority to his generals, but that carries the danger of nukes being used without his approval. Moreover, in a paranoid state, Kim can never be sure of the loyalty of his subordinates.

So, to avoid this conundrum, Kim may instead decide to extend the launch authority exclusively to the members of his family. This entails fewer risks than delegating to his generals because the family will always prioritise the survival of the dynasty.

When a war is imminent, those in the line of succession would not stay in the same location as Kim. They would also be required to have a deep understanding of how the nuclear arsenal works and the officers in charge of them by participating in state affairs. Importantly, this option should save Kim an investment in the rudimentary command and control system and divert the scarce money to weapons development.

It is likely that Kim’s sister Kim Yo-jong might already be in line for launch authority if her brother is incapacitated, for she has often publicly carried out nuclear threats on behalf of the regime. Kim bringing his daughter to the launch site could also help increase her future authority among the nuclear scientists and officers, and Ju-ae does not have to be North Korea’s next leader ­– which is a dubious proposition given that she has an older sibling – for her to play a role in ensuring the survival of the nuclear arsenal.

The upshot of a more robust command and control system based on the family is that it ensures the certainty of North Korea’s nuclear survivability, which in turn better safeguards the survival of the regime. It also avoids having to toy with making risky threats of deterrence against the United States and South Korea. Like a redundancy of warheads, a redundancy of “designated survivors” is vital to a functional nuclear program and strategic stability. It should not be a surprise that Ju-ae’s siblings may soon get their own public introductions too as they grow into their positions. It is true that Kim claims to develop nuclear weapons to protect his children, but it is also expected that his children will protect those weapons with their own lives.

Russia’s invasion of Ukraine puts Saudi Arabia and the UAE in an awkward spot in relations with the United States.
Gabriela Bernal 25 Oct 2022 11:00