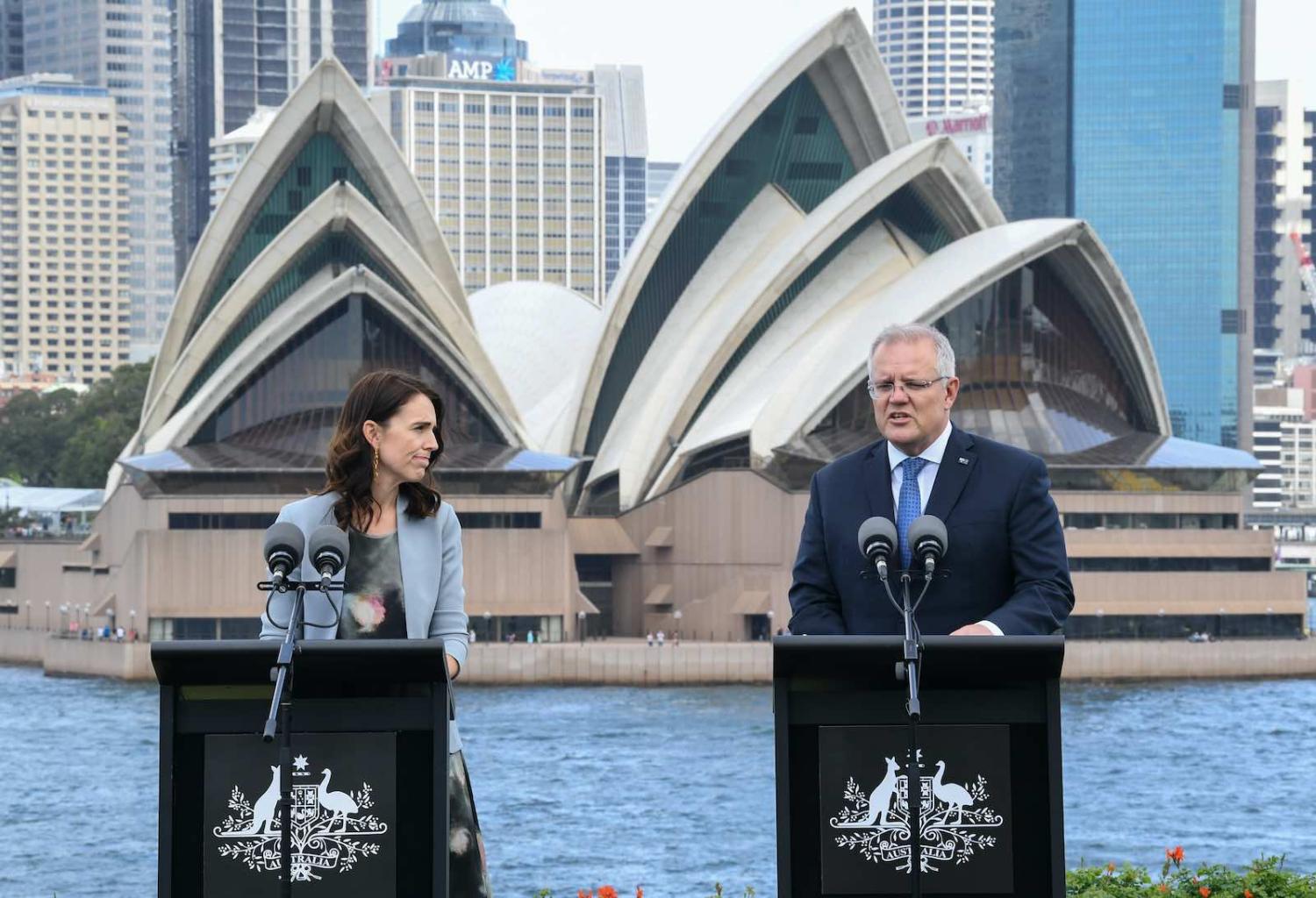 A pub quiz question for foreign policy nerds in ten years’ time: In early 2021, why did New Zealand’s Jacinda Ardern accuse Scott Morrison’s government of not acting in good faith? “For not living up to its responsibilities on dual citizens crossing from Syria into Turkey” might be the required answer in New Zealand drinking places. But in Australian establishments, punters may be expected to answer differently: “Because our Prime Minister was putting Australia’s national security first.”

The flare-up in the past 24 hours isn’t the first time the two leaders have talked past each other on trans-Tasman migration rights and responsibilities. Ardern’s insistence that Australia stop exporting its problems to New Zealand is a familiar refrain to her voters.

The main issue is the deportation of New Zealand nationals who have been living in Australia for years under trans-Tasman travel and work arrangements. But also sticking in the craw has been Canberra’s refusal to take up New Zealand’s repeated offers to settle some of the asylum seekers languishing in Australia’s offshore facilities in the Pacific.

We can all talk endlessly about common interests and values. But there are now some very obvious strains in the daily business of the relationship at the Prime Ministerial level.

We’ve also seen Ardern’s impatience with the Morrison government’s changeable approach to quarantine free trans-Tasman travel in the Covid era. But New Zealand is no stranger to sudden delays in things getting back to normal – Auckland last week went back into lockdown after three community cases arose without any obvious point of origin.

The anger Ardern displayed on Tuesday hasn’t come out of nowhere. It reflects older and deeper frustrations that Wellington simply hasn’t been able to get Canberra to budge on a growing basket of trans-Tasman people movement issues. After the public sparring, the two leaders have since had a phone call. But even if they are able to finesse their way past this present spat, there is still a sizeable gap between the two sides that will be difficult to bridge.

Ardern will continue to remind her domestic audience that she is fighting in their corner on questions of fairness and equitable treatment in the relationship with Australia. But the playing field is not an even one. Her government faces several lines of trans-Tasman algebra that are not to New Zealand’s advantage. This goes beyond the permanent asymmetry in which a larger Australia needs New Zealand less than a smaller New Zealand needs Australia.

New Zealand wants the Australian government to change its policies. Morrison’s team, by contrast, are happy with the status quo. And the obstacles in getting Canberra to change aren’t simply in the interactions between political elites on either side of the ditch. Morrison’s national security argument speaks to his political base. This means Ardern needs a large segment of the Australian electorate to put pressure on the Liberal-National coalition. There is little chance of that happening.

And New Zealand’s points of leverage aren’t many. Wellington is not about to cease some other aspect of cooperation as retaliation. The Closer Economic Relations trade deal alone is too important for that.

What will change are perceptions of where the relationship stands. Just a few days ago in her first major speech as the Ardern government’s new Foreign Minister, Nanaia Mahuta called Australia “our only formal ally and an indispensable partner across the breadth of our international interests”. Wellington can keep saying this until the cows and other farmyard animals come home. And we can all talk endlessly about common interests and values. But there are now some very obvious strains in the daily business of the relationship at the Prime Ministerial level.

What Ardern has called a “major irritant” in trans-Tasman relations in one of her last pre-Covid visits to Australia is now something bigger. The regional crises in Timor Leste and Solomon Islands which saw the indispensable partnership in action are now distant memories. We’ve gone past a danger that trans-Tasman relations will be symbolised by public disagreement rather than concord. This is now the reality.

Resolving some of the South China Sea’s longest running issues needs a policy toolkit that is customised and diverse.
Greg Earl 29 Mar 2018 14:30

Talk of new aid cuts raise new questions about what sort of serious alternative can be fashioned to China’s Belt and Road Initiative.
16 Feb 2017 18:15