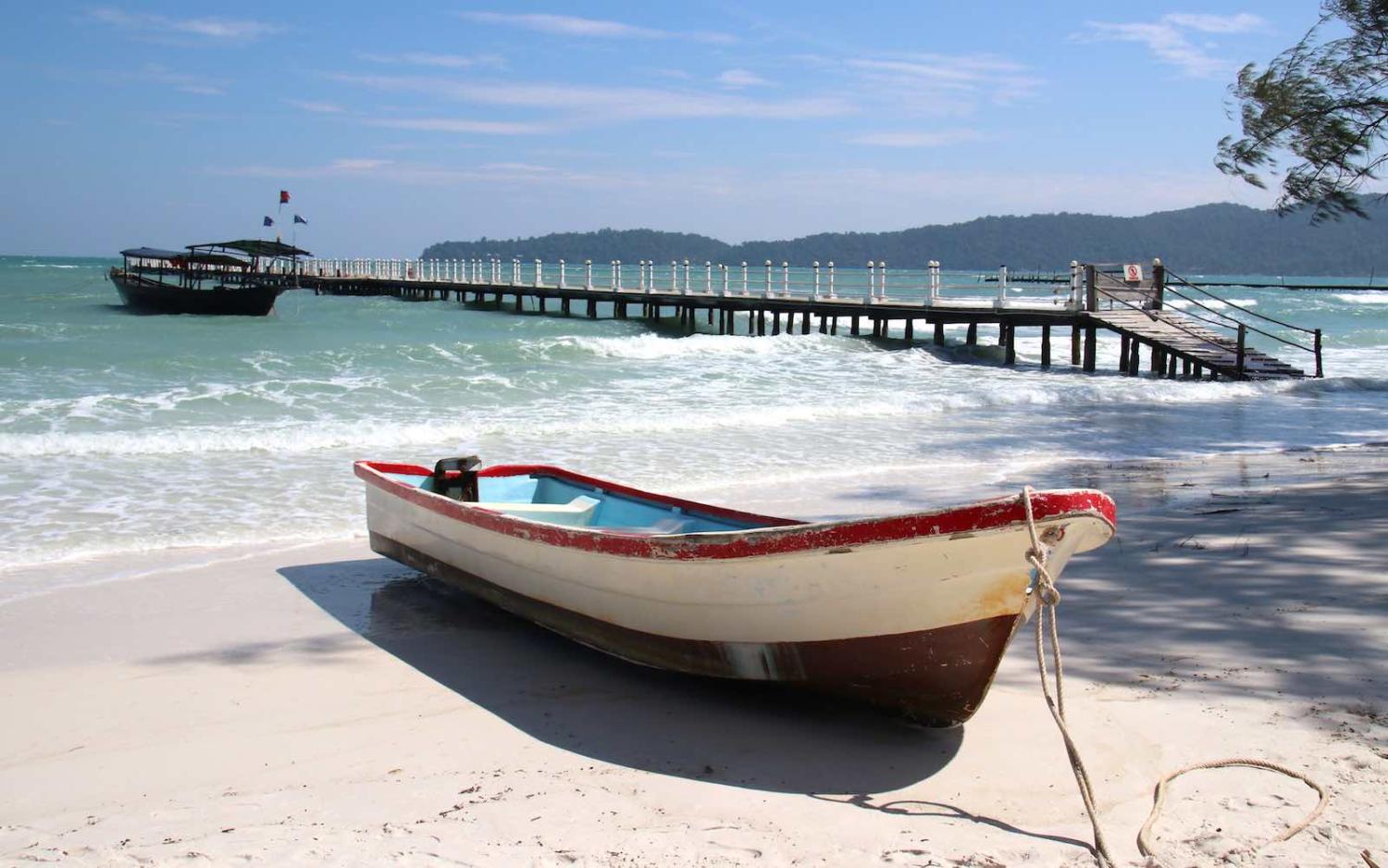 The Cambodian island of Koh Rong, long a backpacker’s haven, lies just a quick boat ride from Sihanoukville, a city that has come to symbolise the governmental intimacy of Cambodia and China. Omnipresent Chinese-owned casinos, along with frequent reports of criminal behaviour, have turned Sihanoukville into a “sordid gambling mecca”.

A growing wave of anti-Chinese sentiment across Cambodia has not wrested Prime Minister Hun Sen from his embrace of Beijing. His regime has instead further cosied up to China, reportedly granting it military access to a naval base in Sihanoukville, as well as the opportunity to build an airport and deep-sea port at Dara Sakor, in nearby Koh Kong province. While the latter is supposedly a civilian project, China’s “civil-military fusion” frequently erases the line between the country’s military and civilian sectors, expanding its global reach.

It is therefore notable that regime-friendly Cambodian and Chinese investors are pressing along with their plans to build a massive supposed “resort” on Koh Rong, which sits strategically in the Gulf of Thailand, about 100 kilometres from China-wary Vietnam. The specifics of this resort are hard to reconcile with its supposed civilian purpose. And given China’s history of obscuring its military ventures – until opening its first foreign base, in Djibouti, Beijing repeatedly denied having plans for bases abroad – it is worth considering that Koh Rong could become the Chinese military’s next staging point.

Why would the resort need to accommodate 6000 people, when the number of tourists on the island at any time is far fewer than that? Why does the project include an airport, even though one already exists in nearby Sihanoukville?

In 2008, the Cambodian government granted Royal Group, run by business oligarch Kith Meng, who is also the president of Cambodia’s Chamber of Commerce, a 99-year lease to develop the island in conjunction with a Hong Kong real estate company, which later dropped out. The obscure Chinese-owned Royal Galaxy Group then filled the vacuum. This acquisition appears to be its only one (much like the Chinese company developing Dara Sakor).

The two companies announced a near-US$300 million plan for the development at a December 2019 ceremony in Sihanoukville. Present was Cheng Kewei, a Chinese Communist Party official involved for years with the Shenzhen city branch of Chinese People’s Political Consultative Conference, the country’s top political advisory body.

But the announced details of their project do not match its civilian billing. Why would the resort need to accommodate 6000 people, when the number of tourists on the island at any time is far fewer than that? Why does the project include an airport, even though one already exists in nearby Sihanoukville? And why would this airport need a 2650-metre runway, long enough to accommodate bigger planes such as the Airbus A321 – as well as potentially China’s long-range bombers and military transports? (By way of comparison, the runway of Phnom Penh’s airport is 3000 metres.)

Meng, who has already built at least one substantially smaller resort on Koh Rong, told Cambodian media that his company, by building “international class hotels and restaurants as well as casinos,” will increase the numbers of foreign tourists visiting the island. But this is fanciful thinking: Koh Rong’s tiny population of about 1400 has already protested against these projects, and the island remains largely undeveloped, without unique sites or attractions. The recent death of a British backpacker there will certainly not improve the island’s reputation. It is doubtful that Koh Rong could truly rival other already popular, developed and more easily accessible Southeast Asian tourist islands, such as Thailand’s Koh Samui.

Some on Koh Rong doubt the efficacy of Meng’s plans. “We do not need an international airport,” Sakip Capal, the managing director of the Koh Rong Dive Centre, said in 2013. “We already have one at Sihanoukville.” Funds, he said, would be better spent on faster boats to speed up the trip from Sihanoukville, which currently takes around two hours.

This is not the only project of concern in Cambodia. Another “resort” at Dara Sakor, north of Koh Rong, is seen as one with military application. A New York Times report in December quoted a villager from Dara Sakor saying Cambodian officials told him he had to make way for a “military port built by the Chinese”. There seems to be little financial sense in building a resort in the area, given it sees few visitors. There is similarly little sense in building a massive resort and airport on Koh Rong, particularly given that the Covid-19 pandemic has in the months since seen Cambodian tourism trickle to near nothing.

But these outposts could serve a strategic purpose for China, such as adding to its naval “string of pearls,” protecting shipping lanes, exploring the Gulf of Thailand’s rich oil and gas deposits, defending Beijing’s expansive claims to the South China Sea, and denying US access to the area.

Indeed, China has blurred commercial and strategic interests elsewhere. Its supposedly civilian projects in Pakistan and Sri Lanka are equipped with dual-use ports to accommodate naval vessels and located along sea lines of communication that are strategically vital to both China and Western nations. A new deep-sea port in Kyaukpyu, Myanmar sits strategically in the Indian Ocean and is seen as another potential dual-use outpost for China.

It should be no surprise if Koh Rong were to come next.

Previous Article
A cry for help as Covid‑19 sweeps Latin America and hunger bites
Next Article
Can Pacific airlines pull out of the dive?

The Han-opticon: The hazards of China research in the Xi era

Librarians should pause before pulping dusty Chinese journals tucked away in compactors. They may be the only ones left.
Nengye Liu 3 Oct 2019 10:30

National rivalry should not get in the way of cooperation to stop the greatest threat to polar regions – climate change.
Peter McCawley 10 Jul 2019 06:00