What Xi wants in Myanmar may not be what he gets

China is making huge investments in its Southeast Asian neighbour, but peace will cost more than that. 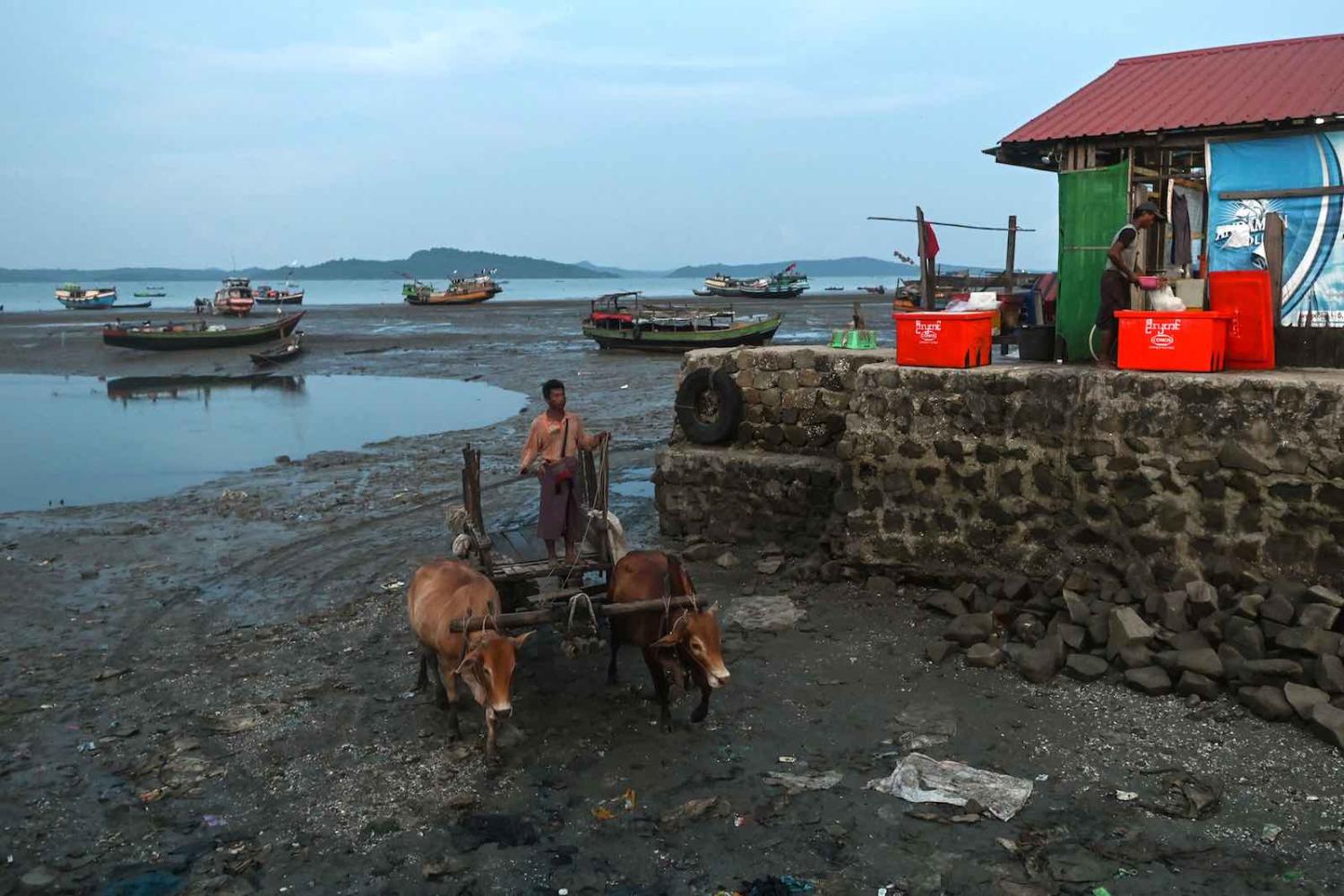 If there were any doubts around China’s thinking about where to direct its money and influence in Southeast Asia, they were dispelled by the recent announcement that Xi Jinping would visit Myanmar on 17 and 18 January, the first state visit by a Chinese leader to its southern neighbour in 19 years.

China is not missing a beat trying to put its foot on Myanmar’s resource wealth, as well as pushing ahead with plans for the China Myanmar Economic Corridor (CMEC), even in the face of the Rohingya tragedy, which has seen the Myanmar military drive more than 700,000 Muslims out of resource-rich Rakhine province. China is the country’s biggest investor, with more than US$20 billion in projects on line. Two-way trade with China in 2018 was about $12 billion, making up one third of Myanmar’s trade.

The centrepiece of Xi’s visit is expected to be a $1.5 billion deal for a Kyaukphyu Special Economic Zone. The last section of the CMEC, which will involve a highway as well as gas and oil pipelines and begins in Kunming, in China’s Yunnan province, runs from Myanmar’s former capital and financial centre Yangon to the Kyaukphyu deep-sea port in Rakhine.

China pulled back from Myanmar, in relative terms, as other nations came in, but with the Rohingya crisis that began in August 2017, it saw – and seized – a new opportunity, culminating in the agreement for the CMEC deal.

According to Chen Hai, China’s ambassador to Myanmar, “dozens” of new agreements in culture, politics, and the economy will also be a key component of Xi’s visit, which is to mark 70 years of diplomatic relations, the People’s Republic of China’s longest such relationship.

The two countries share a 2,200-kilometre border and a long and complex relationship, as their modern states were founded within a year of each other. The British left what was then known as Burma in 1948, and the Communist Party took control of China a year later, after defeating Chang Kai Shek’s Nationalists.

During the dark decades – when Burma/Myanmar was a pariah state ruled by the ultra-repressive military junta that seized power in 1962 and held control until elections in 2011 – China remained its key backer and main source of military hardware and know-how, as well as finance and trade, while the West imposed sanctions in an attempt to force the military, known as the Tatmadaw, to loosen its grip on its benighted citizens.

When the generals, led by Than Shwe, Myanmar’s second dictator, set forth a process of opening up and reform in the mid 2000’s, it was widely seen as an attempt to diversify foreign investment away from its overweening dependence on China. Following the implementation of a new constitution in 2008 and elections three years later, sanctions were lifted and foreign investment poured in – foremost from China, but also including Singapore, Thailand, Hong Kong, Japan, and South Korea, as well as companies from Europe and the US, particularly in the energy sector.

China has dozens of major projects in Myanmar, largely in energy, with 18 hydropower projects, and oil and gas reserves in the Bay of Bengal. It has jade and ruby mining operations, as well as interests in timber logging in the north of the country. It has an increasing portfolio of property investments, particularly in Yangon, where it is building shopping malls and the city’s nascent high-rise apartment blocks. Under the CMEC, China has reportedly proposed 38 projects, but so far only cooperation zones on the borders of Kachin and Shan states, the Kyaukphyu Special Economic Zone, and a railway from the Shan border town of Muse to Mandalay have been approved.

There has also been a major stumbling block. In 2011, former president Thein Sein called a stop to the controversial $3.5 billion Myitsone dam project, which would have been Myanmar’s largest, only a few kilometres south of the confluence of the two rivers that form the Irrawaddy, Myanmar’s main waterway, which snakes through the middle of the country. The project would have displaced tens of thousands of people and submerged numerous villages in Kachin state, already wracked by a civil war that goes back decades and was reignited by the prospect of the dam.

China pulled back from Myanmar, in relative terms, as other nations came in, but with the Rohingya crisis that began in August 2017, it saw – and seized – a new opportunity, culminating in the agreement for the CMEC deal in September 2018.

The Myanmar government has also played its part. Nay Pyi Taw last year set up the Steering Committee for the Implementation of the Community and the Silk Road Project, chaired by Myanmar’s de facto civilian leader, State Counsellor Daw Aung San Suu Kyi, the Nobel Peace Prize winner who has fallen deeply out of favour in the West over the Rohingya crisis. There have also been multiple visits to Beijing by Suu Kyi, President Win Myint, and Senior General Min Aung Hlaing.

Chinese state media also suggested that Xi is interested in mediating the Rohingya crisis, but China’s interest in Myanmar’s internal conflicts lies far more heavily with civil war between a group of allied ethnic militias in Kachin and northern Shan states known as the Northern Alliance, led by the Kachin Independence Army against the Tatmadaw. China recently mediated renewed talks between the parties, with little success.

Deeper Chinese involvement in Rakhine state may only serve to rankle the local population. The Chinese are hardly loved within the country and often less trusted than other foreign businesspeople. Rakhine Buddhists have a distinct identity to the Buddhist majority in the ethnic Bamar centre of the country, around Yangon and Mandalay. Rakhine was once part of the Kingdom of Arakan, and was only conquered by the Burmese in the 18th century.

As the military has moved into Rakhine state to conduct so-called “clearance operations”, there are many who suspect one of the motives for the Rohingya displacement is to enable easier access the state’s rich resources. Rakhine Buddhists have formed a militia in recent years, the Arakan Army, which appears to be well funded, linked to the Northern Alliance, and is active in parts of Rakhine and Chin state to the north.

Rakhine locals complain that they see little benefit from resource development and other Chinese investment. Similar problems are becoming apparent in many other parts of the country, with a particularly stark example emerging in Kayin state, where a Chinese company is building a $15 billion real estate mega-project, aimed at becoming a tourist mecca along the Thaungyin River, which has been dubbed Shwe Kokko – “Chinatown” – by locals. In light of such developments, observers believe that the resurfacing or Karen (Kayin) militias in recent years is no coincidence.

Much as Xi might harbour aspirations of rescuing his troubled neighbour, China’s involvement in Myanmar looks at this stage more likely to thwart than to boost Suu Kyi’s grand but fruitless plans for a national peace accord.

What next for the anti-whale hunters?

If Japan caused headaches, a fight with China about activists at sea will be very awkward for Australia.
Elaine Pearson 2 Aug 2022 10:44

The execution of four opposition activists by the junta needs urgent action from governments of all stripes.
James Bowen 15 Feb 2017 18:02

The communications strategy employed during Trump's successful primaries and general election campaigns has not been as effective since the inauguration.