China and climate change are new realities both putting Australia to the test. 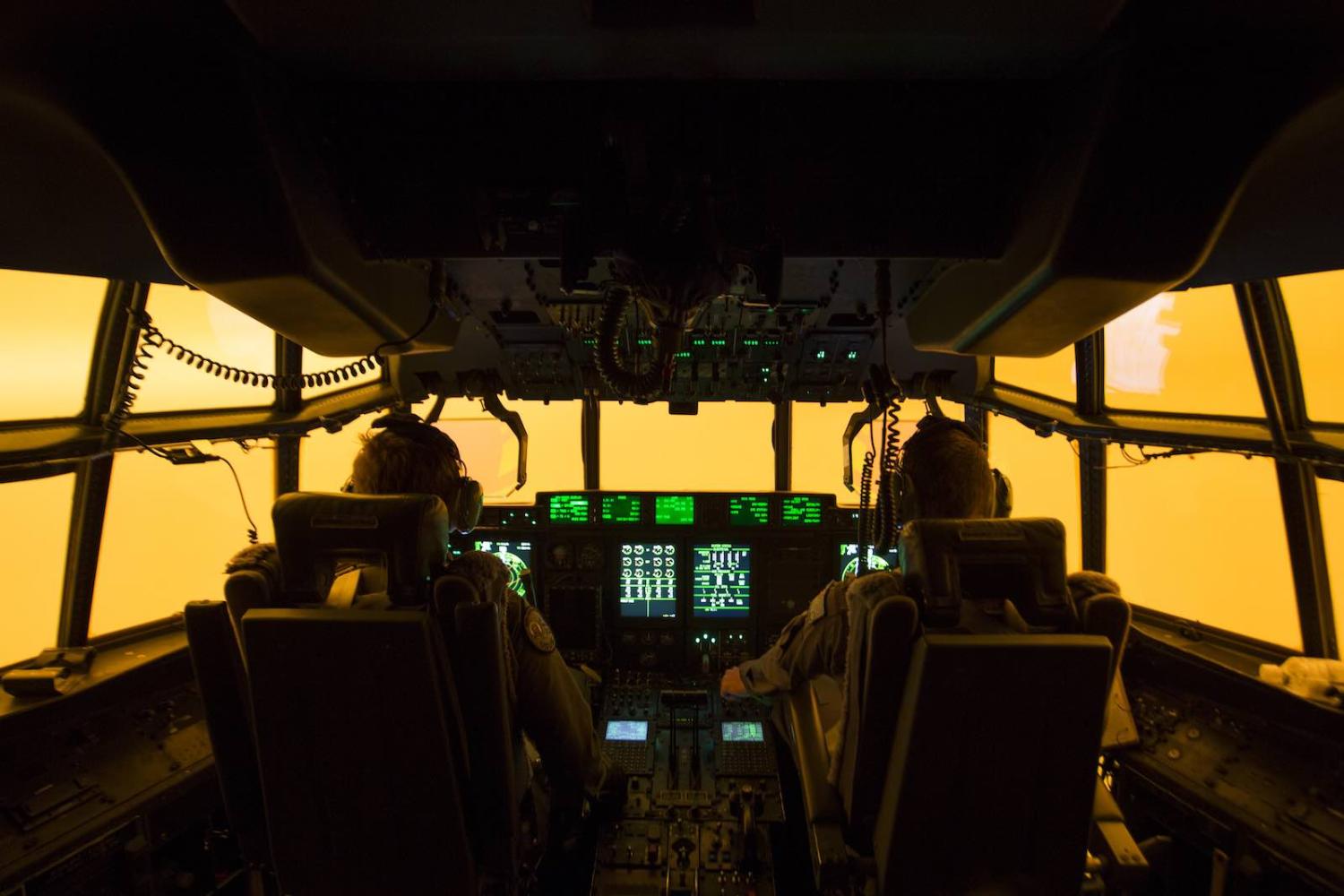 The flight deck lit by the glow of fires, an aircrew attempt a landing to drop off Fire and Rescue crews to assist fighting bushfires, 5 January in Merimbula, Australia (Photo: Australian Department of Defence via Getty Images)
Published 16 Jan 2020     Follow @Greg__Earl

If Australia’s bushfire crisis has done one thing to inadvertently calm the national zeitgeist during the holiday season, it is in the way climate change has suddenly returned to supplant China as the country’s biggest wicked problem.

But in reality, these two big-C issues – which seem set to haunt Australian international relations, and particularly economic diplomacy, over the next decade – are inextricably linked.

Chinese economic growth underpins the Australian economy and any prospect of maintaining the Federal government’s much-sought budget surplus amid the need for substantial fire recovery spending. As James Laurenceson points out, Australia’s trade dependence on China has only grown in the past couple of years, as the government has embraced the broader Indo-Pacific concept as a new collective way to deal with Beijing’s more assertive leadership.

Morrison’s cancelled trip to India this week was all about bolstering the Indo-Pacific China hedge and a new trade deal. But it could also have provided the first test of his ability to reset Australia’s image as a resource exporter for a lower carbon world.

But China is also the most significant expanding generator of carbon emissions, partly due to its fossil fuel consumption and steelmaking, for which it draws heavily upon Australian resources. As Prime Minister Scott Morrison argues, China’s growing emissions would wipe out any new reductions by Australia.

And it is hard to see a game-changing global initiative to cap carbon emissions (and knock Australia’s climate change deniers out the debate) without some repeat of the US–China cooperation on this issue that was tried in the Obama Administration years. So this is something for Morrison to consider as he balances our major security and economic partners – and complains about negative globalism.

Morrison’s resort to hitting the cash splash and militarisation political-rescue buttons at the same time may work at home in devastated and desperate fire-damaged communities, although the first opinion poll shows he has some ground to recover.

But these domestic tactics are unlikely to do anything to stop the remarkable shredding of Australia’s reputation on climate change – and, more importantly, its valuable clean and green tourism destination image – outside the country.

It seems now even more likely that the fast development-aid review under way will have to raid other programs across developing Asia to provide the funds to buy hearts and minds in the Pacific on climate change. Some grateful Pacific allies may well be the only guaranteed friends Morrison will have when he re-emerges on the global stage with some sort of reframed climate policy.

But the Pacific Step-up programs are increasingly prone to being spooked by real or rumoured gambits by China in the region – the same China that underpins our fire recovery (and aid) spending, but contributes so much to the climate change that made the fire season so bad.

Pondering the twin big-Cs confronting Australian international relations was partly inspired by my holiday experience on the back roads north of Victoria’s western surf coast, variously dodging fire risk (a short precautionary evacuation) and the Chinese tourists who now descend on the Great Ocean Road.

The foreign-tourist takeover of this iconic coastal drive is controversial with some locals, but Victoria’s road managers have accepted the reality of the Chinese tourism influx by erecting flashing road warning signs in Mandarin.

Coming across these signs on roads I have travelled since my childhood, it struck me that the traffic managers are a bit like the local firefighting authorities around the country.

Both are getting on with pragmatically managing difficult new realities – climate change and economic dependence on China – amid an often destructive and opportunistic ideological battle at the federal level, which has seen Australia’s national capacity for managing each of these challenges come into question.

While diplomats and commentators often view initiatives such as the Cambodian peace process and the Asia Pacific Economic Cooperation group as exemplars of Australia’s regional influence, our real power comes from the capacity to reliably and efficiently provide commodities to fuel the Asian economic “miracle”.

These customers will often quietly question why Australia hasn’t managed to do more value-adding to its commodity exports, but nevertheless appreciate that they would not have developed as rapidly without them, climate change aside. For example, our newest diplomatic interlocutor Vietnam is hungrily buying Australian coal while facing one of the worst population displacement threats as a result of rising sea levels.

It would be rash to overstate Australia’s ability to encourage developing neighbours to embrace more responsible climate policies, but a country that was able to get its own energy pricing in order and to manage less future demand for coal would certainly have more credibility in the region asking China and India to do more.

The most strident criticism of the bushfires has come from European environmentalists and commentators, such as this pungent column from Gideon Rachman. But with fire relief fundraising happening in places as diverse as Vietnam and Papua New Guinea, it is hard to think of a time when Australia’s management of its resource endowment has come under so much critical attention from our closest neighbours (and customers).

Morrison’s cancelled trip to India this week was all about bolstering the Indo-Pacific China hedge and a new trade deal. But it could also have provided the first test of his ability to reset Australia’s image as a resource exporter for a lower carbon world.

Economist Ross Garnaut has provided a timely roadmap for this sort of reset in his new book Superpower by outlining how Australia’s low carbon energy resources could actually give it even more clout in regional economic development.

So, Morrison could have used his India trip to welcome Indian investment in Australian resources but also note that India itself is trying to position for a different future with promotion of solar power and electric vehicles.

As Garnaut argues, Australia can play a significant role in these new industries by, for example, providing raw materials for batteries. This could possibly even help manage two big C wicked problems at the same time.