Antarctica and the China test

While Australia’s federal politicians ponder the US-China puzzle, it may be state governments stuck with real choices. 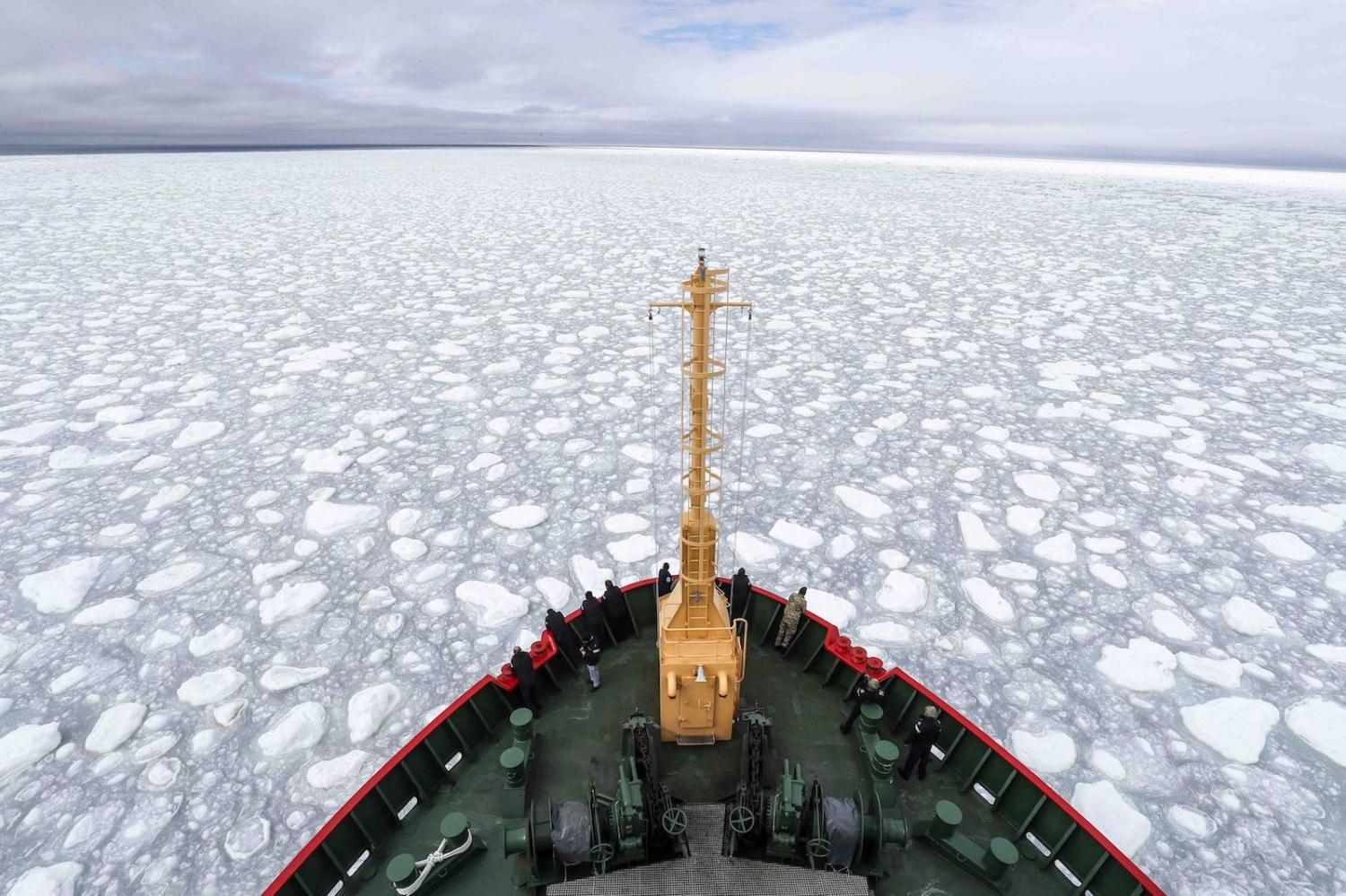 At the current meeting in Hobart for CCAMLR, the Convention for the Conservation of Antarctic Marine Living Resources, Australia is once again moving to establish marine sanctuaries off the east of Antarctica with the support of the US, Europe, and a coalition of environmental organisations. And once again China, with Russian support, is resisting it. Under the CCAMLR governance rules, unanimity is required for the sanctuary proposals to move forward.

The meeting, along with many others that conduct Antarctic governance under the Antarctic Treaty System, points to long-standing but still largely low-level tensions about the future of the continent.

With Antarctic exploitation as the motor, Australia would experience US-China rivalry not as a national choice of one over the other, but as the pulling apart of the Commonwealth along the fissures of its federal system.

There are countervailing forces in play, with environmental protection and scientific inquiry set against militarisation and economic exploitation. There is broad optimism within the Antarctic science community about the aspirations of the nations involved, particularly China, that contrasts with scepticism from the national-security and defence establishment – an indication of different institutionalised ideologies. At issue are long-standing questions about Antarctic resources, including fisheries, but especially of mining, oil, and gas, which was covered most directly in the 1998 Protocol on Environmental Protection (PEP), in force until 2048.

Despite the undoubted commitment of China’s Antarctic science community to protecting the continent, the decision last year to incorporate administration of China’s polar activity into a new Ministry of Natural Resources by the National People’s Congress cannot but point to institutional thinking in the People’s Republic of China (PRC) on Antarctica’s place in China’s national development, beyond the PEP.

In recent speeches on Australia’s international relations by Prime Minister Scott Morrison and Labor shadow foreign minister Penny Wong, neither mentioned Antarctica at all. Instead, both addressed Australia’s challenge of finding a path through emerging US-China rivalry as part of the debate about Australia’s “choice” between the US and a rising China. While some analysts argue that a choice is inevitable, both Morrison and Wong essentially waved the issue away with phrases like “strategic partnership”, “a multipolar region” and “rejecting the binary”.

The realities of resource exploitation of Antarctica by China, however, would generate new geopolitical forces that would render a choice by Canberra between the US or China irrelevant.

Instead, the material effects of large-scale PRC Antarctic resource extraction on Australia would draw power away from the Commonwealth and test the integrity of Australia’s federal system. It would be with the state governments, rather than the federal government, where the real choices about China would be made.

In a scenario over a 30-year timeframe, Tasmania would have the possibility to become an Antarctic resource logistics hub and recipient of hundreds of millions, even billions, of dollars of PRC infrastructure investment. It, along with Victoria and probably South Australia, would be fully drawn into a new PRC geoeconomic orbit oriented towards Antarctica. The other states would probably hedge in response, although it is not hard to imagine the Northern Territory looking to a rising Indonesia. Canberra would be left isolated, committed rather meaninglessly to the US-Australia alliance as power shifted away with PRC investment and development in the southern states.

In other words, with Antarctic exploitation as the motor, Australia would experience US-China rivalry not as a national choice of one over the other, but as the pulling apart of the Commonwealth along the fissures of its federal system.

Australia has spent more than 100 years building its nationhood, with national institutions and infrastructure, and an entire Australian mythos and identity. The idea that the next 100 years would be ones in which Australian nationhood weakens and the continent returns to something closer to its 19th century form seems unthinkable.

But even with Antarctica very much free of exploitation, these forces have already been hinted at. The Victorian government’s Belt and Road framework agreement is one instance. Also significant, if more obscure, was a 2014 agreement that has fortunately now lapsed between the Tasmanian government and China Development Bank to establish a Joint Sino-Australian Committee for Planning and Development to coordinate infrastructure investment in the state.

The unthinkable is more thinkable than one might imagine.

The Protocol on Environmental Protection still has 20 years to run, and China faces domestic challenges that mean it may never be in a position to exert geopolitical influence so far south to fulfil this scenario. Needless to say, in 2019, what should be beyond any debate is that Antarctica and its surrounding ocean should be free from exploitation and permanent human settlement by any nation, and the outcome of the current CCAMLR deliberations may yet be the establishment of the eastern marine sanctuaries.

It is not only right to keep Antarctica safe for current and future generations. Australia’s strategic policy community should also understand Antarctica’s place in a very different regional geostrategic order and engage outside Canberra to the states and science communities to fully apprehend the implications for our national future.

Previous Article
China, the Pacific, and the “debt trap” question
Next Article
Trump’s troop withdrawal and what’s next for Islamic State

A slap in the face for diverse diplomacy

Unmarried, same-sex partners of foreign diplomats have 30 days to get married or face deportation from the US.
Ivy Kwek 5 Feb 2020 06:00

A recent survey reveals distrust of both China and the US across Southeast Asia, and a pragmatic sense of partnerships.