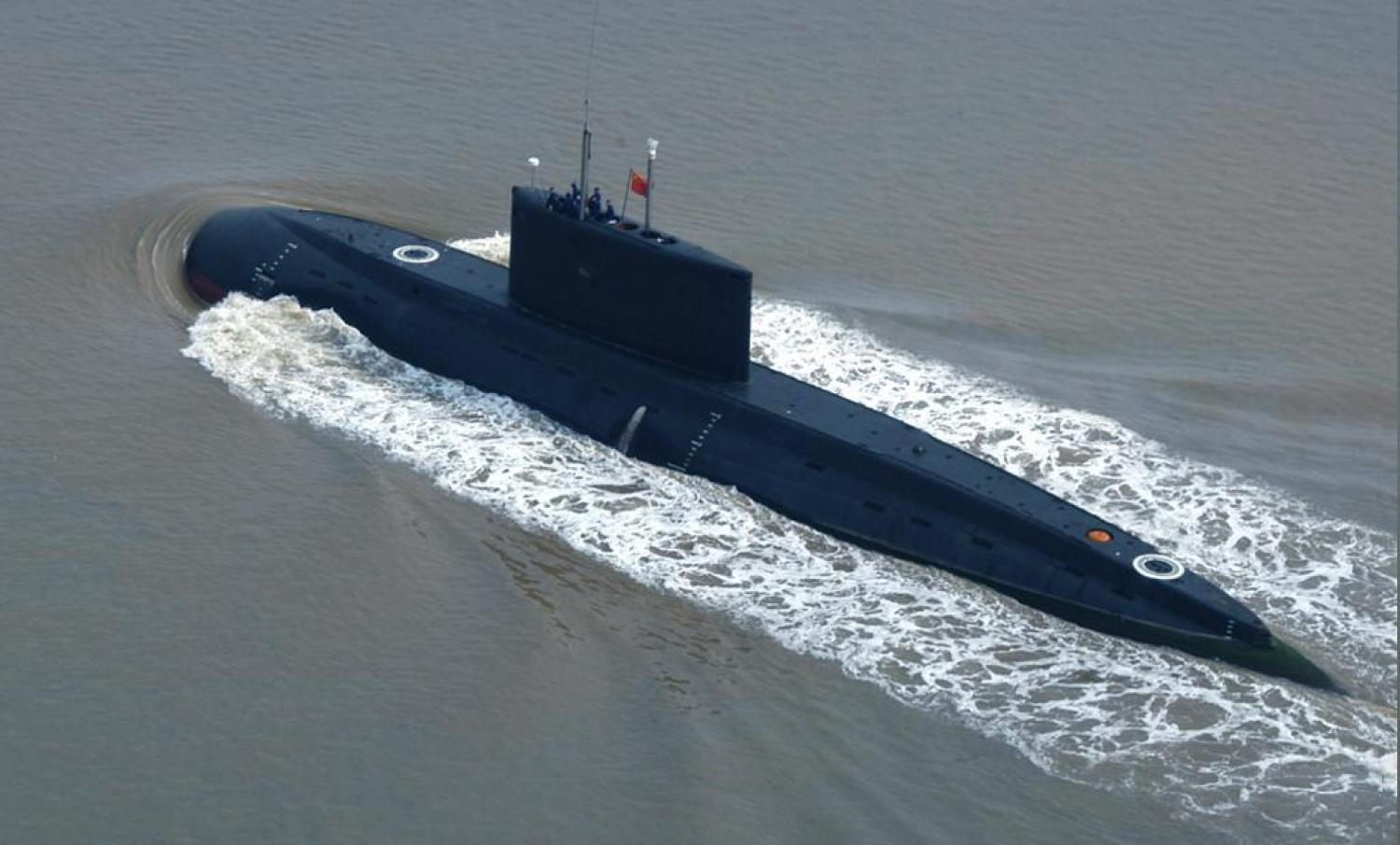 Hugh White's piece in The Age today makes many good points about the limitations of the latest Defence White Paper on strategic outlook and policy. As White says:

The more likely outcomes are escalating US-China strategic confrontation and growing risk of war between them, or gradual US withdrawal. Either would mean a truly fundamental deterioration in Australia's strategic circumstances, confronting us with an entirely new set of strategic and defence choices. These are the choices that the new White Paper completely fails to address.

I broadly agree. The White Paper fails to consider a future where the fundamental make-up of power in our region has shifted dramatically. It rests on many assumptions, including that the 'rules-based order' will manage the power transition taking place in the region. But I think White oversteps when he says 'the White Paper fails to consider what we might want of our forces in the very different Asia now emerging', and when he argues that 'Some of its biggest-ticket commitments — like nine new frigates costing more than $30 billion — have no robust strategic rationale.'

The array of regional military modernisation trends is daunting. Advanced air-superiority fighters, long-range precision weapons, cyber, hypersonics, anti-satellite weapons, and amphibious capabilities are but a few of the areas in which our region has seen serious strides in the last decade.

The White Paper attempts to cover many of these. It calls for a boost in cyber security and space personnel, the relocation of a US 'optical space surveillance telescope to Australia', acquisition of a total of six E-7A Wedgetail Airborne Early Warning and Control aircraft and a limited air-defence capability for the Army.

By some estimates, by 2030 there will be 288 submarines in East and South East Asia, up from 200 in 2010. This is a critical development. Submarines are highly capable platforms that can provide asymmetric deterrence against a superior foe. They can also collect intelligence and reconnaissance, escort amphibious forces and insert Special Forces.

Many of the new submarines entering the region are quiet, European-designed, diesel-electric models. For instance, in 2011 Indonesia signed a deal with South Korea for three Chang Bogo-class diesel-electric submarines, which are based on the German-designed Type 209. The first is slated to be delivered in December. Jakarta is also considering buying two Kilo-class submarines from Russia by 2019. Malaysia acquired two Scorpène-class subs from France in 2009 and 2010, with the boats becoming fully operational after development delays in 2012. Singapore ordered two Type 218SB advanced air-independent propulsion boats from Germany in 2013 which will supplement its four existing submarines.

Further afield, Vietnam's six brand new Kilo-class submarines have all been delivered and are already reportedly being used as significant asymmetric deterrents against a numerically superior force in the South China Sea. South Korea is nearing the end of a successful rolling build program that has been underway since the early 1990s. It currently fields nine Chang Bogo-class boats and is half-way through building three batches of Son Wonil-class subs, based on the Type 214, another German design. North Korea is estimated to possess 70 submarines of various types. The country's slow but steady progress in this area became clear last year with its failed testing of a ballistic missile from a submerged platform. India, Pakistan, Taiwan, Thailand and Bangladesh also are all pursuing modern submarine programs.

But then there is China. One of the most telling lines in the White Paper is when it addresses China's military modernisation: 'China's Navy is now the largest in Asia. By 2020 China's submarine force is likely to grow to more than 70 submarines.' The focus on China's rapidly growing underwater warfare capability is central to understanding the maritime build-up the White Paper lays out for Australia's naval forces.

China's future submarine force, already fairly dynamic, will be a mix of advanced conventional-powered boats and improved nuclear-powered vessels. According the US Department of Defense, China currently possesses 53 diesel attack submarines, five nuclear attack submarines, and four nuclear ballistic missile submarines. In the next decade, China is expected to continue to grow the number and capability of its nuclear attack submarines, introduce a new class of guided-missile attack submarines and commission up to 20 Yuan-class air-independent propulsion subs. All up, this represents a formidable mix of conventional and nuclear capability, one that will continue to be the largest submarine force in Asia, and a force that will increasingly become more capable of long-range operations, both in the Indian Ocean and our own region.

Reading the 2016 White Paper within this context makes it clear that Defence has shifted its strategy and tone on the importance of anti-submarine warfare (ASW) capability.

In terms of spending, the proposed breakdown of investments in capabilities to FY2025-26 allots 25% to 'maritime and anti-submarine warfare'. This is massive considering that it excludes amphibious warfare spending (money going toward getting the Canberra-class LHDs and related amphibious equipment and capabilities), which is included in the 18% going towards land combat, as can be seen in the figure below:

As part of the 25% figure, the RAN will get a raft of new ASW platforms and capabilities. The best ASW weapon in any navy is another submarine, and the White Paper makes clear the intention to acquire 12, with the first arriving in the early 2030s. Interestingly, the most important platform in the Navy's future ASW force will likely be the last to be commissioned into service, according to the Defence White Paper.

Australia's submarine force will be supported by nine new frigates, which the White Paper says will be 'optimised for anti-submarine warfare'. Details on the desired capabilities of the new frigates have yet to be released, but in 2014 rumours circulated that Defence wanted a hull that could support two helicopters, with one option potentially being a redesign of the new Air Warfare Destroyer hull specifically for ASW. The new ships are also very likely to be equipped with towed-array sonars (something the ANZAC-class was fitted for, but it was never installed). Towed-array sonars, in conjunction with ASW helicopters, improve the ship's ability to track and triangulate underwater targets through multiple sources of information. This is an area where the RAN has been weak in the past — four of the Adelaide-class were belatedly upgraded with the systems in the 2000s. The new Air Warfare Destroyers are equipped with an integrated sonar system, including a towed-array and a ASW helicopter, meaning all the RANs future combat vessels will be capable of ASW.

That brings us to Australia's new MH-60 'Romeo' maritime helicopters, reportedly one of the most 'advanced naval helicopters available.' The RAN will have a total inventory of 24 Romeos and plans to be able to operate eight with the fleet at one time. As mentioned above, a surface vessel equipped with an ASW helicopter exponentially increases the ability of that vessel to triangulate and prosecute an underwater target. This is due in part to the speed of the MH-60, its ability to remain on station for protracted periods and its reusable 'dipping sonar'.

Lastly, Australian aerial maritime surveillance and ASW is set to continue to improve. Defence announced in February 2014 that Australia would acquire eight P-8A maritime patrol and ASW aircraft with an option for an additional four. The 2016 White Paper further increased this to a total of 15 by the late 2020s. The P-8 is a generational improvement on Australia P-3 Orions and has proven to be far more capable that expected. For instance, during the search for MH370, the aircraft consumed less fuel than computer modelling had predicted, even at lower altitudes, made 2000 -2200 km transits from bases in Western Australia to the Southern Indian Ocean and was reportedly capable of remaining on station for up to 12 hours. Australia's 15 P-8s will be supplemented by seven MQ-4C Triton unmanned drones that will provide maritime surveillance and reconnaissance, allowing the P-8s to focus on the ASW mission if need be. And if, as suggested in the White Paper, the planned upgrade of the Cocos Island and Darwin airfields goes ahead, Australia will have significant capability to conduct extended maritime surveillance and forward ASW operations deep into the Indian Ocean and across its northern reaches.

I agree that there are areas in which the White Paper is lacking and is not particularly forward thinking. But in the area of maritime military modernisation, particularly the fast growing world of undersea warfare, the Paper does an able job in addressing strategic risks. If all the procurement programs are delivered (a big 'if'), Australia will likely have one of the best ASW capabilities in the region.

In selecting Greg Moriarty for the job, Payne, Pyne and Turnbull leapfrogged over the obvious candidates – in doing so they have chosen well.
Greg Moriarty 30 Jul 2019 13:00

A greater proportion of women in key leadership roles is critical in meaningful and enduring change.
Kirsten Han 19 Sep 2018 15:00

The fight to repeal anti-gay laws in Singapore

The movement to repeal a colonial era ban is gaining momentum, despite the skewed social and political playing field.