Anticipating Covid‑19 in the Pacific

While Australia prepares its domestic interventions, it needs to spare some thought for the Pacific as well. 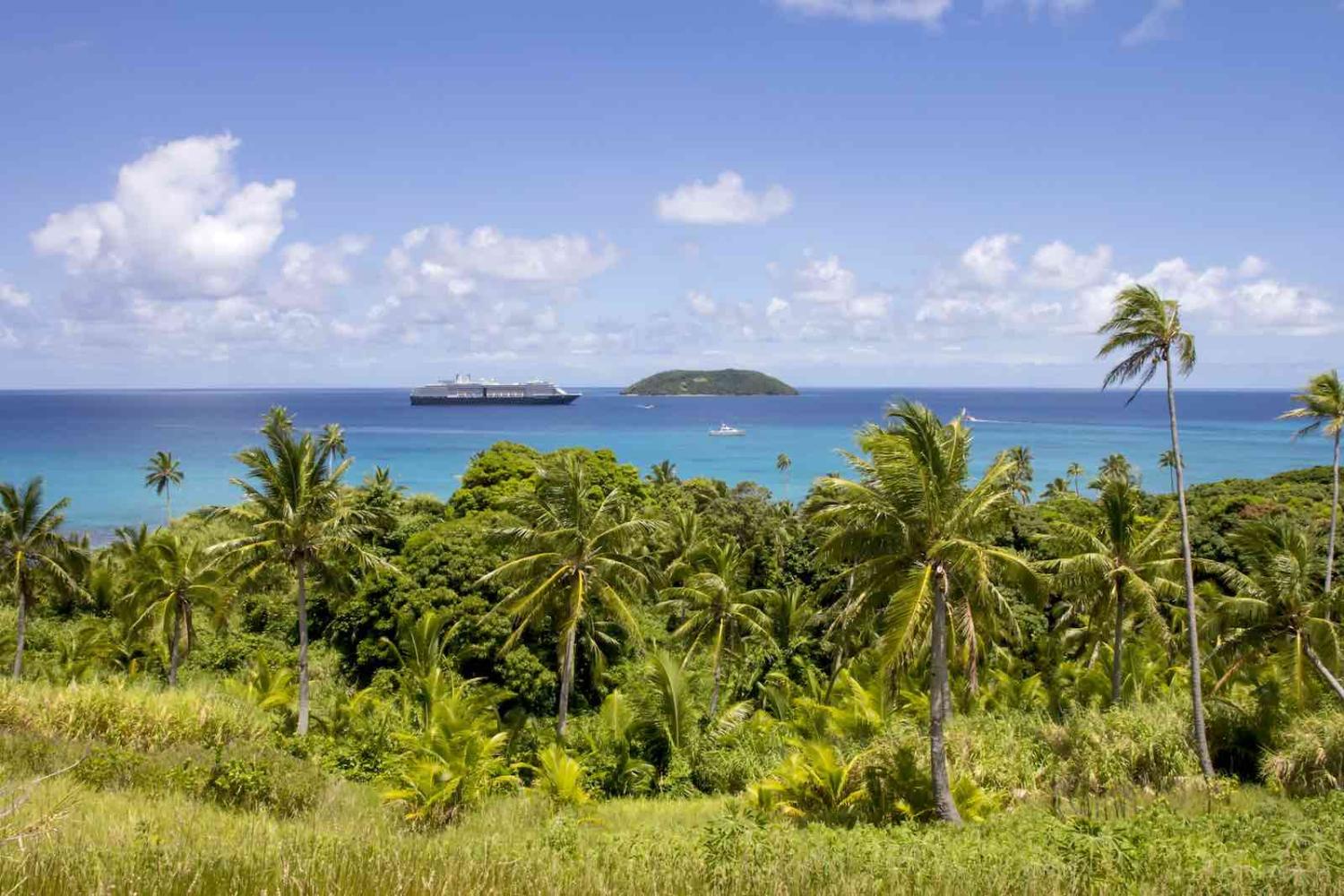 With the confirmation of a coronavirus case in French Polynesia, the Pacific has officially joined the pandemic. The Covid-19 crisis could have dramatic impacts on the small island states.

Understanding and managing critical risks, as well as strengthening the resilience of these small and fragile economies should be key objectives of local public policies and development partners’ efforts.

To prevent the spread of Covid-19 in the region, many Pacific Islands countries are taking advantage of their relative isolation by applying restrictive travel bans (such as in Fiji, Solomon Islands, and elsewhere). Some measures are more extreme than others. The Federated States of Micronesia is prohibiting entry to any person who has been in any country with a coronavirus case in the past two weeks – equal to approximatively half the world. Marshall Islands has closed all air travel in the country for a two-week period. Both Vanuatu and Cook Islands have turned back cruise ships – a critical source of income for the countries – as cruise liners suspend future trips.

While these restrictions were initially limited to China-bound tourists, they are now widespread, and – combined with the globally decreasing trend in travel – the economic shortfall involved will be much greater.

Islanders have only limited access to quality health services, and existing infrastructure and capacity do not seem well suited for a regional pandemic.

Tourism is crucial for many countries in the Pacific. For some, it offers one of the few opportunities for economic diversification. For others, tourism is the nation’s economic lifeblood. For Palau, Vanuatu and Fiji, it represents around 40% of GDP and often employs a significant proportion of people in formal employment. It is the main export from Palau (86%), Vanuatu (63%), Samoa (62%), and Fiji (51%). A decrease in the flow of Asian travellers could result in the loss of millions of dollars.

For the more diversified economies, the slowdown in Chinese economic activity is expected to greatly impact the export of certain Pacific products. In recent years, World Bank figures show China has established itself as one of the main trading partners for the region, accounting for 17% of Papua New Guinea’s exports, 7% of Fiji’s, and 67% of Solomon Islands’, translating to a dangerous economic dependence.

While Chinese consumption of fish products – a important export for the Pacific – should remain stable, the logging industry will be heavily affected by a decrease in industry-led demand linked to Chinese factories. In this case, Solomon Islands would be hit the worst, since 94% of its exports to China consist of wood products.

At the same time, the slowdown in the Chinese economy could also lead to a reduction in imports of Chinese products used in local industries. Products across the supply chain originate from China and will take longer to arrive in the region, hampering the pace of local production. Labourers on many Chinese construction sites around the region have also been unable to return to work, slowing the pace of Chinese-led construction, which has become a major feature of infrastructure construction in the Pacific.

Some have theorised that the coronavirus does not adapt well in tropical heat, which might put the Pacific region at lower risk for the spread of the virus. But while much of the Pacific has a low population density, some areas are risk-prone for clustered breakouts, such as large cities such as Port Moresby, Honiara, or Lae.

Fear is particularly intense in Samoa, which is still recovering from last year’s devastating measles epidemic, which killed 83 people, mostly infants. Measles is said to have arrived in the South Pacific nation via a New Zealand traveller.

On average, 5.9% of the GDP of Pacific Island countries is allocated to health spending, but islanders have only limited access to quality health services, and existing infrastructure and capacity do not seem well suited for a regional pandemic. Increase in health expenditure will likely be needed.

However, most Pacific Island countries have limited budget resources and weak health systems, which make them less resilient and more vulnerable. For example, while Solomon Islands is far from the centre of the epidemic, its public deficit is equivalent to -3.87% of the GDP, leaving little space for fiscal and monetary interventions if a coronavirus outbreak occurs.

How Australia can help

In order to avoid both an economic crisis and a health disaster in the region, Australia should do two things.

First, Australia should continue to support the Pacific Island countries in their preparation for the arrival of the virus. Technical assistance and medical equipment to local health facilities play an important role in preparedness, and this preventive flow should be sustained throughout the length of the outbreak.

Should the virus land in the region, Australia must not hesitate to send medical personnel and equipment to support the efforts of its neighbours throughout the outbreak. As the situation in China has shown, early and strong measures are the best-known containment actions.

Second, Australia should be poised to provide longer-term economic support to the region. The Morrison government has little wiggle room in its own budget, with a new domestic stimulus package. It could instead look to provide short-term bridging loans to the region to support targeted interventions similar to those planned in Australia. This is not as effective as a large influx of humanitarian assistance or direct budget support, but it will help. In smaller countries where debt sustainability risks are most acute, the government should look at what additional measures can be provided through the aid program.

No one knows how long this crisis last, or how quickly the global economy will rebound. History tells us it’s often the most vulnerable economies that get hit the hardest. While the Morrison government prepares its domestic interventions, it needs to spare some thought for the Pacific as well.

Previous Article
Fighting Covid-19: Everyone needs to be their own Sherlock Holmes
Next Article
Australia-Philippines: Prolonged partners

A bookstore in New Taipei aims to bring a little piece of home to new migrants and help locals connect to the region.
John Fitzgerald 17 Sep 2019 12:00

Gladys Liu and the pitfalls of cultural anxiety