Manila’s termination of defence ties with Washington will have a geopolitical cost, but Canberra has history on side. 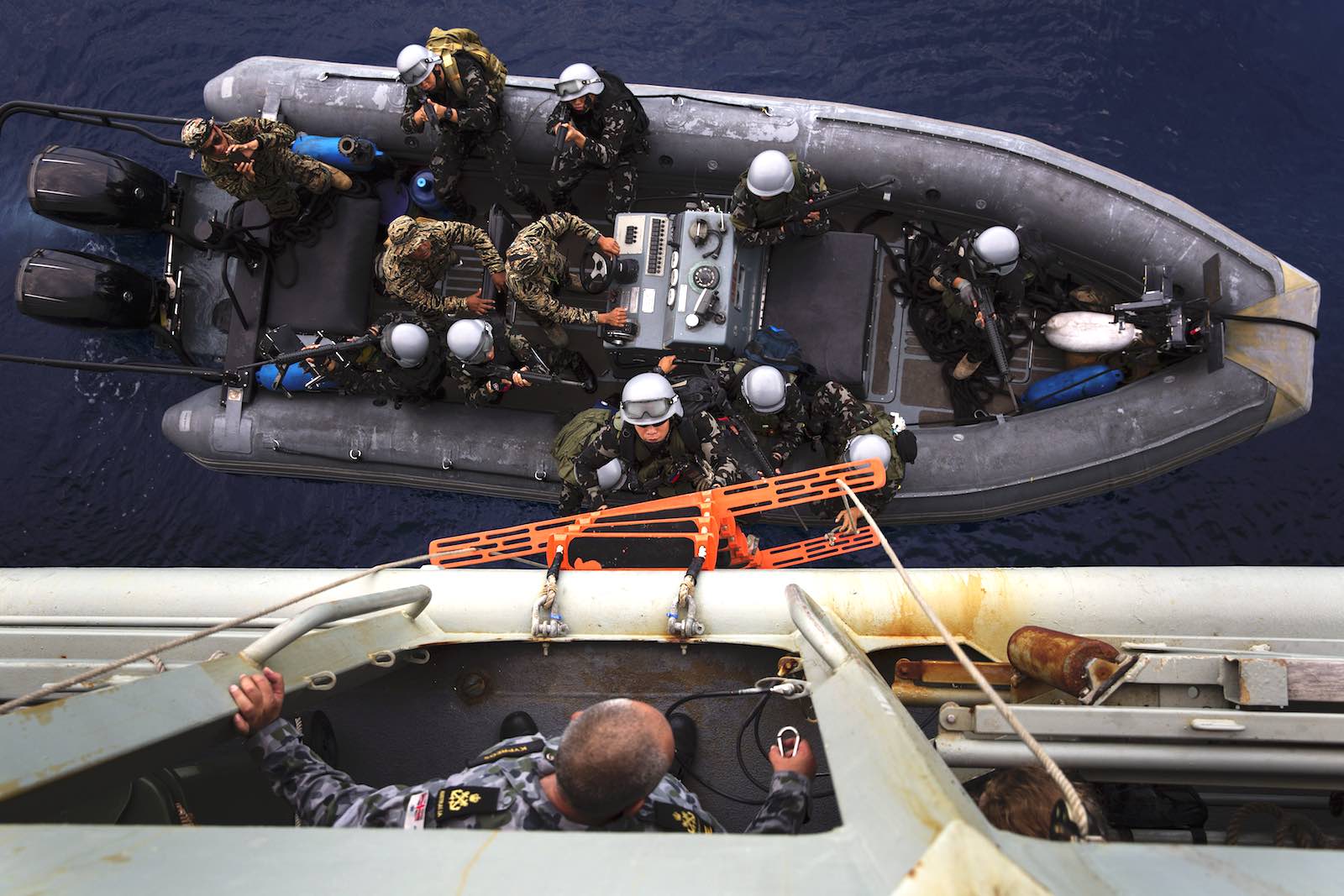 Members of the Armed Forces of the Philippines conduct a boarding exercise onboard HMAS Anzac as part of Exercise Lumbas 2018 (Department of Defence)
Published 16 Mar 2020 14:00   0 Comments

The announcement by the Duterte administration last month that it will terminate the 1998 Philippines-US Visiting Forces Agreement will likely also raise questions about the future of the Australia-Philippines political and security relationship. Australia and the US are the only two countries that have formalised such arrangements with the Philippines.

Australia and the Philippines finalised their Status of Forces Agreement (SOFA) in July 2012 – after five years of deliberation by the Philippine senate. The SOFA provides a legal and operational framework for Australia-Philippines defence cooperation, and it builds on earlier joint defence commitments, including the Memorandum of Understanding on Cooperative Defence Activities (1995) and to Combat International Terrorism (2003). These initiatives reflect a convergence of strategic interests and are consistent with the historic security cooperation between the two countries during the Cold War and in the post 9/11 period.

A review of Australia-Philippines bilateral relations suggests that Canberra should expect the trajectory of the political and security relationship to remain on course ­– despite the absence of a shared treaty ally. While Australia-Philippines relations partly operate within the context of the hub-and-spokes system of regional alliances in Asia, with the US at the centre, the bilateral relationship is robust enough to stand on its own.

Manila’s partnership with Canberra is less complicated than its relations with Washington. The period of US colonialism in the Philippines (1898–1946) followed by Manila’s economic and strategic dependency on Washington has often evoked nationalistic tensions in Filipino domestic politics and public opinion.

Australia and the Philippines share a number of commonalities in terms of identity and interests, which have made them natural partners in Asia when strategic circumstances have warranted it.

Analysts have tended to overlook the Australia-Philippines relationship in the study of Australia’s engagement with Asia. The absence of a significant economic basis to the relationship could account for this, but the shared history of participation in regional multilateral fora, and defence cooperation dating back to the early decades of the Cold War, constitutes a quiet success story for Australia’s regional relations.

The Cold War environment in East Asia drove Canberra and Manila into a close political and security relationship, exemplified by their shared status as treaty allies of Washington, memberships of the Southeast Asia Treaty Organisation (SEATO) from 1954–77, and the Asian and Pacific Council (1966–75), and by their contributions to the Korean and Vietnam wars.

Archival records show that Manila has been invariably well-disposed toward Canberra since the Philippines gained independence in 1946, except for a brief period prior to the fall of the Marcos regime in 1986. Filipino governments have consistently defined Australia as a part of Asia and included Canberra in all regional meetings and proposals for regional organisations – including offering diplomatic support for Australia to seek membership of ASEAN in 1967 should it have chosen to press for membership.

Contemporary security relations between Australia and the Philippines originate in the aftermath of 9/11 and acute concerns over transnational terrorism in maritime Southeast Asia, which for Canberra was brought home by the October 2002 Bali bombings, in which 88 Australians were killed. The “war on terror” also generated renewed impetus in the US-Philippines relationship, which had experienced a period of stagnation since US military bases were closed in 1992 and joint cooperation suspended.

Evidence that al-Qaeda and Jemaah Islamiyah operatives had trained with Moro separatist factions in the southern Philippines, was enough in the “war on terror” mindset prevailing in Washington and Canberra for Mindanao to be viewed as part of the global terrorist threat. Fragile states such as the Philippines with ungoverned political spaces were considered to be incubators for transnational threats.

The second pillar constituting the contemporary Australia-Philippines relationship is maritime security in the South China Sea. Under the Aquino administration (2010–16), Manila increased maritime cooperation with Australia in an effort to challenge Beijing’s territorial claims.

Aquino upgraded Philippine-Australian security relations to one of a comprehensive strategic partnership (similar to what Manila forged with Tokyo), noting the shared values, similar forms of government, and common outlook toward regional and global challenges. Finalised under Prime Minister Malcolm Turnbull in 2015, the agreement institutionalises the bilateral relationship through a biennial ministerial meeting, counter-terrorism, and maritime security cooperation.

The October 2017 Marawi City siege by ISIS-affiliated militants saw Australia provide surveillance support and counterterrorism training to the Philippines armed forces under Operation Augury-Philippines. The siege helped reinforce the importance of the bilateral defence relationship, with analysts marking it an opportunity to build on the steady history of security cooperation between both countries. Australia has also made a significant contribution to the post-conflict environment in Mindanao with initiatives delivered through Manila’s interagency Task Force Bangon Marawi.

Terrorism, and an assertive China pressing its claims in Southeast Asia, have again provided the conditions for a close security relationship between Australia and the Philippines. This has been given expression through Australian forces being stationed on Filipino territory in the fight against Islamist militancy and terrorism in Mindanao, the strategic partnership signed between the two, and maritime cooperation in the South China Sea.

Australia and the Philippines share a number of commonalities in terms of identity and interests, which have made them natural partners in Asia when strategic circumstances have warranted it. Manila’s termination of defence ties with Washington will have implications for the geopolitical balance, but Canberra and Manila can draw on what is approaching 75 years of diplomatic relations to respond to regional challenges and enhance cooperation across a range of strategic domains.