A decision made under electoral pressure in the 1980s has lasting consequences for policy in the present. 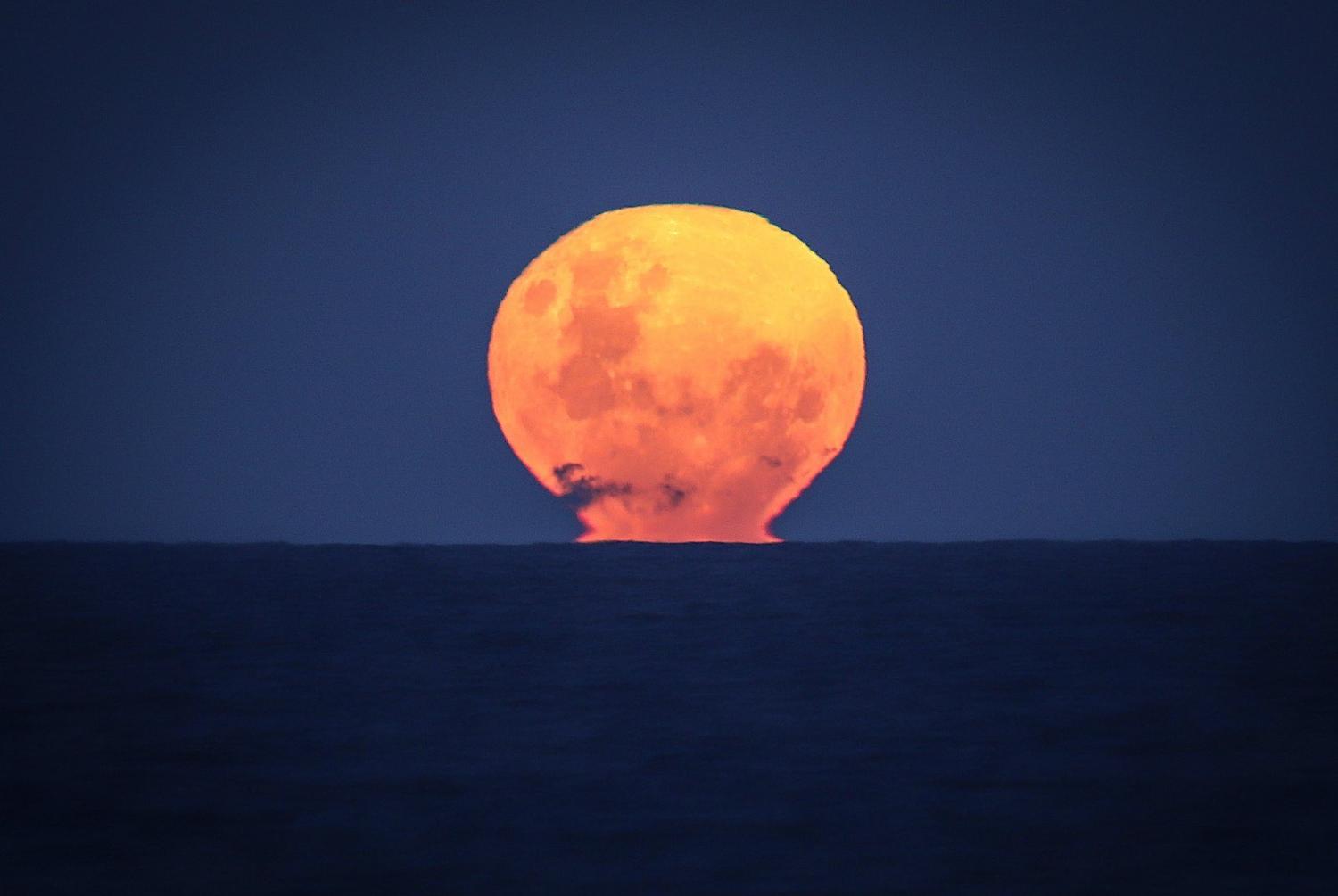 Moonrise over the Pacific ocean at Narrawallee Beach, on the south coast of New South Wales in Australia, 6 June 2020 (David Gray/Getty Images)
Published 24 May 2021     Follow @CaitStorr

International space law has again become a theatre of geopolitical competition. Unlike the bipolar space race of the Cold War era, a proliferating cast of countries and corporations are developing spacefaring capacity, testing the limits of existing law. China recently matched the United States in landing a probe on Mars, where Elon Musk’s SpaceX intends to land a crewed mission by 2026. India and the European Space Agency have joined the US, China and Russia in successful lunar missions, and Luxembourg and the United Arab Emirates have passed domestic legislation to position themselves as launchpad jurisdictions in this new era of competitive space activity.

Australia’s government has been slow to adjust to this shift. The Australian Space Agency (ASA) was created in July 2018, with a mandate to rebuild long-neglected strategic and industrial expertise in space. The ASA is focused on embedding the fledgling Australian space industry within US supply chains. The centrepiece of US space policy is NASA’s Moon to Mars program, of which the so-called Artemis program is the first phase.

In October 2020, NASA released the Artemis Accords, which establish US-penned “principles, guidelines and best practices” for civil space activity. These include support for public and private use of space resources, long a pressure point in international politics. Australia signed onto the Accords soon after their release, one of the first countries to do so. In situ resource utilisation is understood as the lynchpin to successful expansion of human activity in space. Legal rights to space resources are therefore central to US space policy – and to realising returns on Australian industrial investment in US supply chains.

The question of how space resource extraction should be regulated, left unsettled for decades, is now becoming urgent again.

The release of the Artemis Accords followed the Trump administration’s issue of an executive order in April 2020. That order reiterated Obama-era support for commercial exploitation of space resources and directed all US agencies to “encourage international support” for “public and private recovery and use”. It also rejected the view that space resource extraction should only be undertaken under international oversight, as provided by the 1979 Moon Treaty.

The Moon Treaty, a UN-brokered multilateral agreement negotiated over the 1970s, reiterated already established principles of international space law, prohibiting militarisation and permitting freedom of exploration. But the Treaty went further, borrowing from concurrent seabed negotiations to declare the “moon and its resources” the “common heritage of mankind”, and committing signatories to establishing “an international regime of oversight” when resource extraction was “about to become feasible”.

That moment of feasibility is clearly now. The Moon Treaty, however, has a tenuous place in international law. Its common heritage provisions were rejected by both the US and the Soviet Union, and it remains one of the most unpopular multilateral treaties, ratified by only 18 countries.

The problem for the Morrison government is that Australia is one of them.

The Hawke government acceded to the Moon Treaty in 1986. By signing on to the US-centric Artemis Accords, Australia has placed itself in seeming conflict with its older treaty commitment to an international regime to oversee space resource extraction. Moreover, it has done so without any public statement on the matter.

In current legal and industry circles, the question of why Australia signed the unpopular Moon Treaty is often raised but rarely answered. Australia participated in negotiations over the 1970s, but formally acceded only in January 1986, 18 months after the Treaty entered into force in July 1984.

The archival record of cabinet deliberations during the Labor government led by Bob Hawke reveals a hasty process of ad hoc consultation begun in October 1984, spearheaded by then- Foreign Affairs Bill Hayden. That process was based on the presumption that the Moon Treaty was first and foremost a nuclear disarmament treaty, a view that overlooked the treaty’s more legally consequential provisions.

Why did the Hawke government adopt such a myopic view of the Moon Treaty, focusing on its demilitarisation provisions to the exclusion of its controversial common heritage implications? Politics at the time points at the answer.

Any presumption that the Hawke government genuinely endorsed the idea of international oversight of space resource extraction should be put to bed.

Nuclear policy was one of the most volatile issues Hawke faced in his early years as PM, on both domestic and international fronts. Following his election in March 1983, Hawke walked a difficult line, endorsing both nuclear disarmament and increased uranium mining. A lifelong advocate of nuclear power, Hawke envisaged a key role for Australia in a global nuclear fuel cycle.

Faced in the first month of government with mass rallies calling for nuclear disarmament and a ban on uranium, Hawke and Hayden directed focus to Australia’s diplomatic record on disarmament. At the same time, Hawke refused to question the US nuclear build-up under Ronald Reagan, or the activity of US bases on Australian soil. He then took steps at the Labor Party Conference in July 1984 to relax the party’s awkward “no new mines” policy to allow uranium mining to commence at Olympic Dam in South Australia. Olympic would soon join Ranger and Nabarlek in the Northern Territory to become Australia’s third operational uranium mine.

Hawke’s softening of Labor’s nuclear policy split the party’s left. Senator Jean Melzer walked, joining Western Australian peace activist Jo Vallentine, Midnight Oil frontman Peter Garrett and a coalition of anti-nuclear activists in the new Nuclear Disarmament Party (NDP). The NDP united a loose coalition against Hawke’s nuclear policy, including the new Olympic Dam mine, the presence of US bases and warships, unreliable controls on the end use of exported uranium, and export to France.

The NDP fast became an appreciable threat to Hawke, who took advantage of high personal approval ratings to call an early election for December 1984. Labor, with only a few short months to stem the potential flow from its left, opted to double down on its disarmament record.

Archival records from the time show that in October 1984, as the election campaign began, Hayden directed his department to “examine all multilateral disarmament … Treaties” to ensure that Australia’s record was “as complete as possible”. The Department of Foreign Affairs, as it was then known, honed in on the Moon Treaty, advising its officials that accession seemed “consistent with Australia’s high profile in disarmament matters”. The department professed surprise at the “lack of international interest” in the Treaty, drawing scant connection to a decade of disagreements over the concept of common heritage.

In late October 1984, DFA directed its diplomatic network to canvass international views. This quickly returned a set of soundings dismissive of the Treaty. The US was unequivocal: it would not sign on account of the Treaty’s common heritage provisions, a position shared by France. New Zealand cited the US position as reason for its own disinterest. The Federal Republic of Germany replied that it maintained a “certain distance” from the common heritage principle. The Soviet Union responded that it would not sign without US participation, but that the Treaty’s common heritage provisions “added to the Soviet disinclination”. Sweden cited the lack of support from both space powers, a “view shared by all the other Nordics”.

The Morrison government has made no statement on the Artemis Accords, leaving it to the ASA and DFAT to iron out the kinks in Australia’s position in international law.

Hawke won the election in December 1984, but the NDP’s efforts made their mark. The NDP attracted over 7% of the senate vote, and Jo Vallentine was elected as Senator for WA, depriving Labor of control in the upper house. Anxious to recoup votes, Hawke pledged “renewed vigour” in his “unremitting efforts in the cause of peace and nuclear disarmament”.

From February 1985, the Disarmament and Multilateral Section in the Department of Foreign Affairs forged ahead with its Moon Treaty plan, despite clear international disinterest. In September 1985, Hayden secured agreement from Kim Beazley, Minister for Defence; Gareth Evans, Minister for Resources and Energy; Barry Jones, Minister for Science; and Attorney-General Lionel Bowen. In May 1986, accession to the Moon Treaty was formally approved, as an indication of “the Government’s strong commitment to disarmament and arms control”. An instrument of accession was lodged with the UN that July.

The Moon Treaty’s central principle – that an international regime should oversee extractive activity in space – was unpopular during the Cold War and remains so today. The question of how space resource extraction should be regulated, left unsettled for decades, is now becoming urgent again. China and Russia have recently responded to the US Artemis initiative by inviting foreign participation in a joint International Lunar Research Station, with its own set of rules. The Deputy Director of the China National Space Administration’s Space Law Centre has stated that the “interpretation of existing rules and formulation of new rules on space resources will become the focus of the legal game among space powers”.

The problem for Australia is that in 1984 these implications were overlooked in acceding to the Moon Treaty, and it remains formally bound in international law to perform its obligations in good faith, so far as possible. Any presumption that the Hawke government genuinely – albeit ambitiously, or foolishly – endorsed the idea of international oversight of space resource extraction should be put to bed. That view neglects the history of Australia’s accession to the Treaty, and misses the lessons that history might offer in navigating a path forward.

Hawke’s defensive focus on Australia’s formal disarmament record was intended to placate a constituency outraged at increased uranium mining and at US military activity on Australian soil. This points at the unstable divisions between national and international politics, and to the unpredictable consequences of playing foreign policy for electoral gain.

Whatever views might be held of Hawke, the decades of treating international space law as an expert concern insulated from major foreign policy challenges – and from public debate – are over.

The Morrison government has made no statement on the Artemis Accords, leaving it to the ASA and the Department of Foreign Affairs and Trade to iron out the kinks in Australia’s position in international law. Framing the Artemis Accords as an “interagency agreement” between NASA and the ASA – as opposed to a treaty between countries – offers one way of avoiding, at least technically, any claims of breach of Australia’s international obligations.

But if there is one lesson to be learned from Hawke’s carriage of the Moon Treaty, it is that a can kicked down the road must land somewhere. It is to be hoped that behind Australia’s official silence, there is diplomatic will to broker resolutions to escalating tensions in space that build potential for future international collaboration, rather than undermining that potential in the expectation of economic favours from the United States. 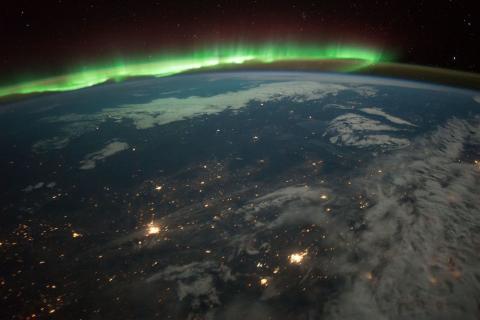 The arrival of hundreds of Yemeni asylum seekers in South Korea has produced a strange alliance in opposition.
Alexandre Dayant 27 Sep 2019 16:30

The French president’s engagement with the country’s overseas territories leaves a legacy of promise and betrayal.