As its economic influence shrinks in its former territories, France is trading in a new currency: history. 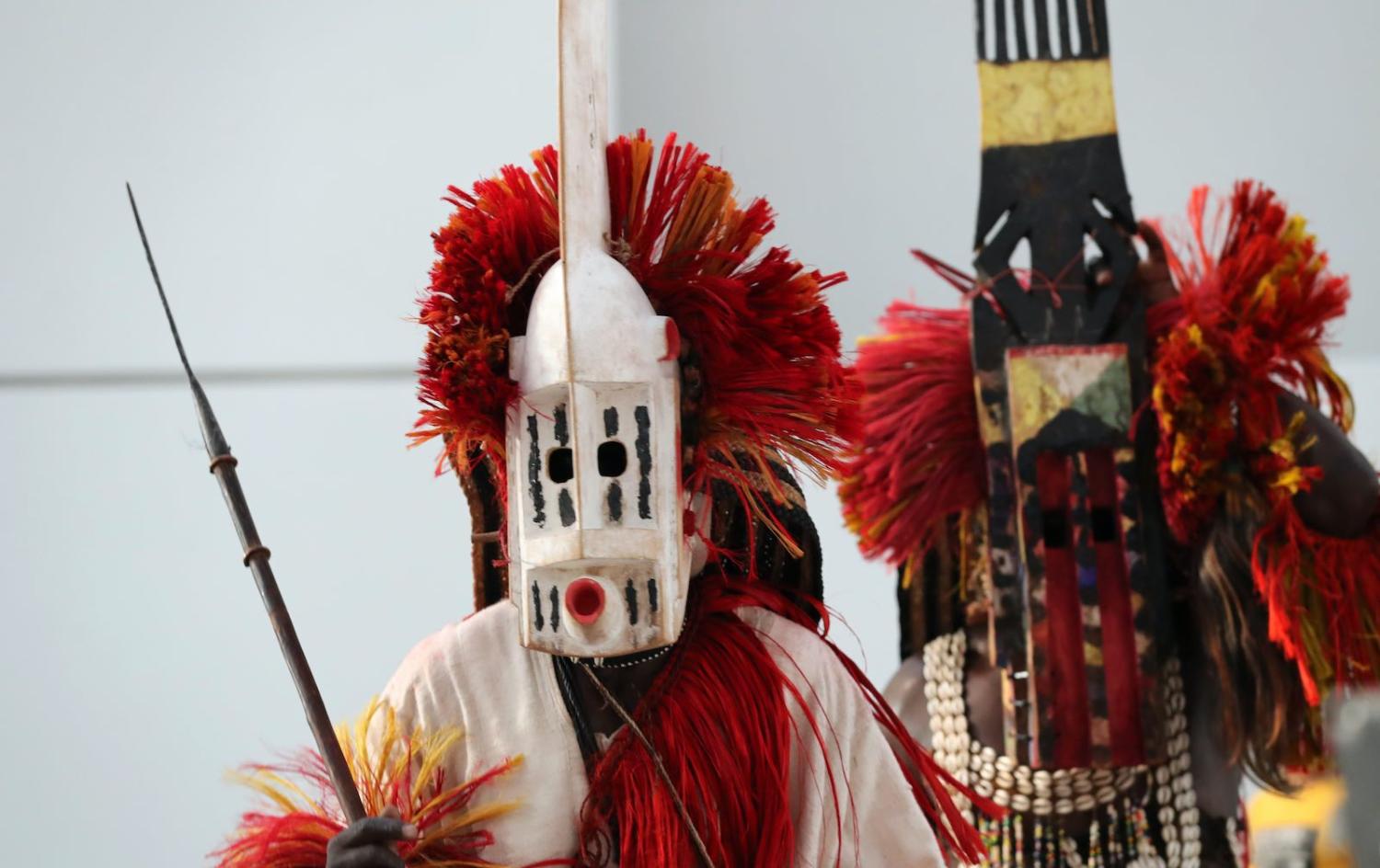 In November, the French Senate unanimously voted to return a small selection of pre-colonial African artefacts to Benin and Senegal that were looted by colonial forces. Benin will receive 26 artefacts from the former Kingdom of Dahomey, while Senegal will receive a sword and scabbard belonging to a prominent cultural and religious figure from the 19th century.

The return is being portrayed as the start of a more equitable relationship between France and its former colonies, but the move is more likely a transaction aimed at restoring France’s interests in West Africa as China becomes more influential in the region. Art remains a core component of France’s soft power, and there is an established pattern of the French government exporting its museum collections and cultural savoir-faire to pursue its geopolitical and economic interests abroad.

After decades of stressing the “inalienability” of its museum collections, the recent vote marks a rare and striking instance of definitive restitution, albeit one described by the Culture Minister Roselyne Bachelot as “not an act of repentance, but an act of friendship and trust”. The return is an important shift under President Emmanuel Macron, who, as the first president born after the colonial era, is keen to emphasise his progressive vision of Franco-African relations.

“I am of a generation that doesn’t tell Africans what to do,” Macron claimed in a 2017 speech in Ouagadougou, the capital of Burkina Faso, another West African country with a French colonial history.

The return of these artefacts needs to be seen alongside other soft-power strategies, such as emphasising Africa’s place in La Francophonie and cultivating the African diaspora as intermediaries.

In the early years of his presidency, Macron commissioned the Sarr-Savoy report, which estimated that 90–95% of African heritage was housed outside the continent and put forward a framework for their restitution. The experts who produced the report, Felwine Sarr and Bénédicte Savoy, were hopeful that the return of artefacts would usher in “a new economy of relations” between France and Africa but didn’t consider whether restitution could be subverted and used by a diminished colonial power to extract something in return.

The African continent has always been a critical component of French foreign policy – François Mitterrand, who later became president, is widely quoted as saying in 1957, “without Africa, France will have no history in the 21st century”. Françafrique, the post-colonial relationship that emerged after independence, was underpinned by a series of political, military and economic agreements designed to keep the African continent within France’s sphere of influence. During this time, French companies created powerful monopolies in areas such as energy, infrastructure and telecommunications. Additionally the use of the CFA franc (scheduled to be replaced in West Africa by the Eco) required states to deposit 50% of their reserves into the French Treasury.

The rise of China and its Belt and Road Initiative has diminished France’s influence today in Francophone Africa. By 2016, China’s investment in Africa totalled $38.4 billion, compared to France’s $7.7 billion investments. In Senegal, the first West African country to sign up to the BRI, France is no longer even among the country’s top 10 trading partners.

Given the high economic stakes for France, there is great incentive to use African heritage as a bargaining chip to broker access to lucrative contracts and infrastructure projects.

Natalia Grincheva, a scholar of museum diplomacy, has researched the Louvre Abu Dhabi and describes how the “soft” power of cultural exchange “goes hand-in-hand with the French ‘hard’ powers of military presence in the region in pursuit of national geo-political interests”. The Louvre Abu Dhabi deal not only extracted $520 million for use of the Louvre brand and a further $747 million in the form of art loans, but also led to the opening of a permanent military base in the Gulf – the first French base outside of France or Africa.

Not to be outdone, the Saudi government contracted a ten-year deal with the French government to develop the Al-Ula region, a UNESCO World Heritage site, into a tourist destination. The deal is said to be worth between $50 and 100 billion, in the form of advisory fees and contracts to French companies responsible for the project’s implementation.

France is certainly not the only country to use art to smooth the gears of diplomacy. For example, in 2013 the return of a looted 7th-century Persian chalice, seized by US customs officials in 2003, reportedly helped facilitate the Iran nuclear deal.

Conversely, the transactional approach can be a way for states to retrieve stolen heritage. Earlier this year, Greece lobbied for the Parthenon Marbles (aka the Elgin Marbles) to be included in negotiations for a post-Brexit UK-EU free trade deal.

But what makes France different is not just the sheer magnitude of its projects, but the frequency with which it wields its cultural capital in foreign policy. This cultural program is effectively the reverse of what began under Napoleon, whose armies rapaciously swept up the art and heritage of the people it conquered. Under Macron (sometimes compared to Napoleon for his youth and ambition), the cultural program is now moving from France to the world beyond. Rather than bringing the world to France, Macron is concerned with bringing France to the world, leveraging the glamour of its language, the prestige of its institutions and its cultural know-how to achieve its international aspirations.

But while France has mostly relied on exporting its native or European heritage as diplomatic tools, its use of contested objects (excluding human remains) in foreign policy is less familiar territory. One well-known comparison can provide an insight into how restitution may play out in Africa. In 1993, President Mitterrand gave back one of 297 royal manuscripts to South Korea which had been taken by the French Navy in 1866 during a punitive expedition. Under immense pressure from the Foreign Ministry and the Ministry for Culture, the curators of the Bibliothèque Nationale reluctantly handed over the manuscript, which paved the way for closer economic ties between France and Korea. In return, the company Alstom (nationalised under Mitterrand) received a lucrative contract to build a high-speed rail between Seoul and Busan. The remaining manuscripts were partially returned by President Nicolas Sarkozy in 2010 for further commercial contracts.

Given the huge importance of Africa to France and the established pattern of French cultural diplomacy, it is likely that we might see a similar transactional approach to restitution. In the context of waning influence, the return of these artefacts needs to be seen alongside other soft-power strategies, such as emphasising Africa’s place in La Francophonie and cultivating the African diaspora as intermediaries.

With the balance of power now in Africa’s favour, African states may well go along with this approach to retrieve more of their heritage. Yet, the quid pro quo nature of these agreements could hamper attempts to reform the neocolonial remnants in the Franco-African relationship and the opportunity to acknowledge colonial wrongdoing.

Previous Article
Favourites of 2020: Memes
Next Article
Women, peace and security are not only wartime issues

Clouds loom over China as economic growth slows and the effects of the trade war with US take hold.
Erin Harris 23 Oct 2017 11:37