The ascendancy of François Fillon

With Fillon, French conservatism is back, at once old-fashioned and acutely contemporary.

Written off until only a week ago, François Fillon has won the nomination of France’s mainstream right-of-centre party Les Républicains in next year’s presidential elections, where it seems likely he will face the Front National’s Marine Le Pen.

In all likelihood, Fillon will be the next president of France.

With the current French President François Hollande, a Socialist, being the least popular in the history of the Fifth Republic, the thoroughly demoralised French Left seems unlikely to be able to field a candidate capable of capturing the public imagination.

Fillon’s emphatic win yesterday in the second round (where he captured 67.1% of the vote) followed a commanding performance a television debate against Juppé last Thursday night, where he completely outshone his rival. With long political careers behind them, both men came to the debate (and the primary in general – the Républicains’ first ever) with a lot of baggage.

At 62, Fillon is the younger of the two. Prime minister under Sarkozy from 2007 to 2012, Fillon represents a well-to-do Paris suburb in the Assemblée Nationale. But his heart lies deep in the French provinces. A practising Catholic taken to task in recent weeks for his views on abortion, he lives with his wife and five children in a twelfth-century chateau in the wooded and well-watered Sarthe département, part of the ancient, abbey-littered province of Maine. Juppé, 71, was prime minister from 1995 to 1997 under President Jacques Chirac, and has twice served as foreign minister (1993-5 and 2011-12). Today, he is mayor of Bordeaux.

In an era of disillusionment with the establishment, neither can really claim to be an outsider. But the key to Fillon’s success lies in looking not only more presidential, but also more radical than his rival. Fillon presents himself as a man who had taken the measure of the straits France is in and is prepared to grasp the nettles that previous French governments had avoided.

At the heart of his programme is a sweeping plan to liberalise the French economy, by (among other means) abolishing the 35-hour week, sacking half a million public sector employees and dramatically simplifying dismissal laws that discourage employers from taking on new workers.

By contrast, Juppé has cut the figure of a well-meaning but perhaps slightly dotty grandfather, a classic ‘triangulator’ in a new era of extremes, whose determination to tack always towards the centre ultimately made him look as though he stood for nothing definite.

In last Thursday’s debate, for example, Juppé often appeared to speak at greater length than strictly seemed necessary, as if perhaps he had forgotten what the question he had been asked was actually about.

During these monologues, the camera would often cut to Fillon, his bushy eyebrows peaked in an expression of admirably controlled boredom. When it comes to the aged, Fillon’s self-possession seemed to being saying, noblesse oblige.

Fillon broke all the rules of centrist politics. Take his response to an incendiary question about his commitment to protect France’s much-loved ‘social model’ (namely high taxes, cradle-to-grave welfare and one of the most inflexible labour markets in the developed world). It was the kind of question that would have seen the kind of presidential candidate the French are used to race to the centre in a bid to reassure voters of his commitment to change precisely nothing.

‘What social model are you talking about?’ he barked. ‘You’re talking about a social model that has generated six million unemployed, two million young people between the ages of 16 and 25 who are […] in the street.’

‘You’re talking about a social model that has resulted in the degradation of the middle class, […] that has not succeeded in putting an end to poverty – on the contrary.’

Though unemployment runs at 10% and in three decades has seldom fallen below 8% for long, the French public has rarely heard anything like it (youth unemployment, at 25%, is even worse).

Fillon is almost unimaginably bold on another sacred pillar of the modern French welfare state: the country’s health system. Currently free and universal, Fillon would restrict public medical insurance to illnesses of a ‘long or serious nature’, with private insurance policies covering the ‘rest’ (except in the case of the neediest).

The other issue that separated the two candidates was French identity – or, more exactly, though the word was never spoken, Islam. Once again Fillon refused to take refuge in platitudes. Asked whether he believed France’s future lay in becoming a multicultural society, Fillon replied with an unapologetic non.

‘My answer is no’, he said. ‘France has a history, a language, a culture. […] conserving our points of reference, values, a specific form of identity is a demand – an extremely strong one – that proceeds from depth of the French soul. Of course, this identity will evolve, must evolve, in an open world. What it mustn’t do is disappear.’

Juppé, on the other hand, characteristically clung to the liberal centre, invoking his catchphrase vision of a ‘happy’ or ‘relaxed’ French identity (identité heureuse). But supported by little more than what appeared to be the ritualistic invocations of ‘diversity’ that a great number of conservative voters are evidently tired of, up against Fillon’s robust patriotism the idea felt flat, artificial.

Fillon is far from a French Trump and he isn’t offering the French a ‘Frexit’. Economically, his programme of liberalisation conventionally provokes comparisons with Margaret Thatcher, and he has no intention of removing France from the EU. But his candidacy rides a similar wave of discontent with many of the shibboleths of late modern cultural and social liberalism (indeed, Australians might think of him as a French John Howard).

As Arnaud Benedetti, associate professor at the Sorbonne, put it in Le Figaro on Friday, sociologically Fillon’s base is ‘a conservative, often geographically peripheral France, traditional and even prim’, one ‘almost invisible in the nation’s media’. This is a France ‘in search of sobriety, for in a world where everything is getting faster, sobriety is reassuring.’

Fillon’s success, he concludes, is a reflection of his skill in placing himself at equal distance from the populist agitation that disquiets the partisans of order among the French bourgeoisie and the liberal cosmopolitanism that offends their patriotism.

‘Fillon shares the anxieties of his electorate’, Benedetti writes, ‘and offers them economically liberal and politically conservative solutions.’

His deliberate sangfroid, refusal to be rushed, quiet firmness, the familiarity and apparent immovability of his world view has ‘introduced an anthropological variable into a society overwhelmed by immediacy and speed’. It is that of a sense of ‘long and dense’ time that ‘resists acceleration and over-reaction’, one capable of speaking to ‘the France of the provinces, of Catholics, of a heritage that is at once monarchical and republican’, unsettled by ‘the acceleration of change and globalisation’.

Those of us who have read Proust as chronicling the decadence of the old French bourgeoisie should look again. It is as if in Fillon, the France of Chateaubriand and Claudel, Nerval and Napoléon III has again found its champion.

French conservatism is back, at once old-fashioned and acutely contemporary.

Since the foundation of the Fifth Republic in 1958, the French have elected a Socialist chef d’État only twice. Hollande has left the Left in disarray. Like Howard’s showdown with Pauline Hanson’s One Nation in the 1990s, Fillon will draw the Front National’s poison by showing that he has understood the more reasonable anxieties behind its grievances and attractions – and leave his opponents, on the right as well as left, nowhere to go.

At the end of Thursday night’s debate, each candidate summarised his message. Juppé’s consisted of an appeal to diversity (‘I want France to be happy [heureuse] and proud of its identity. And this identity, for me, is diversity’). But Fillon spoke to the heart and the hip pocket, promising to halve unemployment in five years and restore France as the leading power in Europe in ten – ‘not for the sake of being the leading power in itself’, but in order, with a large nod in the direction of both of Angela Merkel’s Germany, as well as the winning rhetoric of Brexit, ‘to take back control of our own destiny’.

We know the choice voters elsewhere have made when offered that opportunity in 2016. 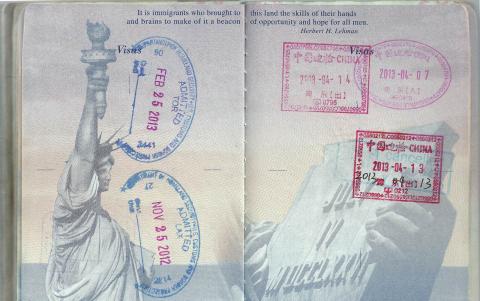 Previous Article
Trump: Not the ideal poster-boy for European populists
Next Article
Last chance to be heard on the Lowy Institute’s gender project

Key takeaways from the Taiwan elections

The Kuomintang made big gains which have given the party a second opportunity at political relevance.
Isaac Stone Fish 8 Feb 2018 09:46

Top Chinese officials easily say one thing and do another to fit their vision of deeper party control.
Kim Richard Nossal 13 Dec 2018 12:00

China’s tit-for-tat diplomacy with Canada has a recent precedent, yet Donald Trump is hardly helping.