A recent survey reveals distrust of both China and the US across Southeast Asia, and a pragmatic sense of partnerships. 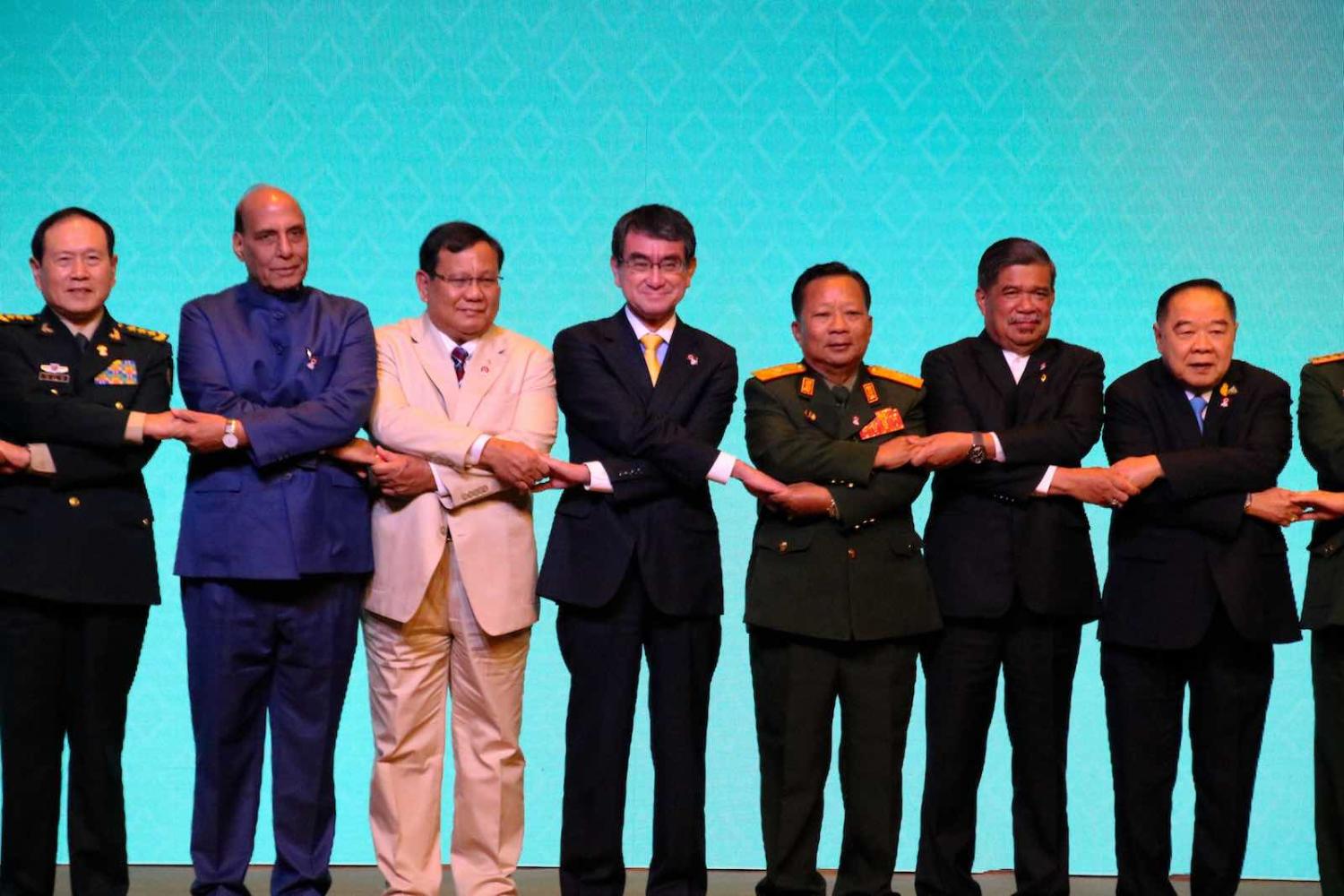 The State of Southeast Asia: 2020 Survey Report, produced by the ISEAS-Yusof Ishak Institute of Singapore, has confirmed the power rivalry between China and United States is one of the primary concerns of Southeast Asian states. The survey of professionals from the business sector, public service, civil society, and media found almost half of all respondents saw the top three security challenges in Southeast Asia as “increased military tensions in flash-points such as South China Sea, Taiwan Straits, and Korean Peninsula”.

Across Southeast Asia, there is equal distrust for the presence of big powers in the region. 52.2% of respondents identified China as the most influential political and strategic power in Southeast Asia. Of those, a massive 85.4% expressed worry about the rise of China’s political and strategic influence. This deep-seated distrust is easily understandable in littoral Southeast Asian states, given the ongoing territorial maritime disputes, but it is interesting to observe, against conventional wisdom, a similar pattern in countries regarded as pro-China, such as Cambodia and Laos, in which 73.3% and 86.7%, respectively, expressed similar sentiment.

Forging consensus on politically sensitive issues such as the South China Sea dispute and the Rakhine crisis might not be easy, but it would certainly promote a greater voice and united front for ASEAN, which must learn to be nimble in handling these issues.

The US does not fare better. The share of respondents who viewed the US as the most influential power in the region has dropped from 30.5% in 2019 to 26.7% in 2020. This is coupled with 77% of respondents who believe the US level of engagement has decreased under the Trump administration, compared to during the Obama administration. The acceptance of the “Indo-Pacific” construct has improved, but the substance of the concept remained ambiguous to many in the region (54%), while Southeast Asian countries remained sceptical about the Quad (54.2%).

In general, Southeast Asians are worried about the destabilising behaviour of both the US and China. Only 16.1% of respondents believe that China will “do the right thing for global peace, security, prosperity, and governance”, while the US recorded a slight improvement, at 30.3% (up from 27.3% in 2019).

Despite this, the survey respondents did not want Southeast Asian nations to take sides between the two giants. Apart from practicing a hedging strategy between the two, ASEAN also seek alternatives by welcoming involvement of other external partners. Japan emerged as the preferred “third party” (38.2%), closely followed by the European Union (31.7%) and Australia (8.8%). The survey also showed positive attitudes towards more engagement with the United Kingdom post-Brexit, with 97.2% in favour of some form of engagement with the UK, either as “dialogue partner” or at least in some form of sectoral or development partnership. While the region is still warming up to India and Russia, the importance of engaging them is also well recognised.

The insistence on ASEAN centrality seems to indicate a need for a safeguard against overbearing external influences. A stronger, more resilient ASEAN is still the preferred choice (48%), even if most respondents acknowledged the weakness of the organisation. It’s encouraging to see such positive attitude among ASEAN opinion leaders. Clearly, being passive does not serve the interests of Southeast Asia. As the region develops, it will also demand to be taken more seriously.

Such sentiments are indeed shared by the policymakers in Malaysia. In its recently published inaugural Defence White Paper, Malaysia identified three factors as its security challenges: uncertain big power relations; the complex Southeast Asia neighbourhood, and non-traditional security threats. In overcoming these challenges, Malaysia aims to leverage its geographical advantage as a “maritime nation with continental roots”, playing the role of linchpin between the Asia Pacific and Indian Ocean regions to “build, bridge, and bind”.

Meanwhile, it also seeks to strengthen military readiness and internal resilience, while maintaining a defensive posture that relies on diplomacy and partnerships. This signals Malaysia’s resolve to remain anchored in the region, while seeking to play a more active and constructive role in shaping geopolitical events.

Greater ASEAN integration is indeed the way forward, but it does not come without challenges. Intra-ASEAN dynamics were not fully explored in this survey. Outstanding territorial disputes in the South China Sea as well as cross-border issues such as illegal, unregulated, and unreported (IUU) fishing have become stumbling blocks to further ASEAN integration. In the case of the Rakhine crisis in Myanmar, opinions are split as to whether ASEAN has responded appropriately.

In the past, Southeast Asian states have opted for practical solutions (for example, the Maritime Straits Patrol and the Trilateral Cooperation Agreement) to address common non-traditional challenges such as piracy and terrorism. Seeking to deliver tangible results is the best way to respond to the criticism evident in the survey that ASEAN’s benefits are not felt on the ground (74.9%). Forging consensus on politically sensitive issues such as the South China Sea dispute and the Rakhine crisis might not be easy, but it would certainly promote a greater voice and united front for ASEAN, which must learn to be nimble in handling these issues.

The US and China must do more to gain the trust of Southeast Asian countries. However, one should not mistake ASEAN’s scepticism as conservatism. As the survey’s result has shown, ASEAN is open to more cooperation, be it more exercises with the Quad (despite wariness about the security arrangement), ramping up on BRI engagement, or signing the EU-ASEAN free trade agreement, as long as the activities are seen as supporting the progress and stability of the region.

Each of the great powers should take a leaf from the survey’s result to inform their policy choices. While not seeking to be representative of the whole region, the survey nevertheless offers genuine insights and could provide some constructive inputs on what those powers could and should do.

Previous Article
Middle East Peace Plan: A once in a lifetime deal, not in a good way
Next Article
Pacific links: Coronavirus consequences, climate costs, more

Delhi plays a delicate balancing act between self-interest and historical friendship. And it’s all about oil and gas.
Dirk van Graver 22 Jul 2019 10:00

Hollywood’s “Healthy Development” of an audience in China carries a cost should reel life mask the real thing.