ASEAN Summit: An exercise in omission

ASEAN Summits are largely defined by what is left unresolved and unsaid, rather than what is acknowledged in the chair statements. 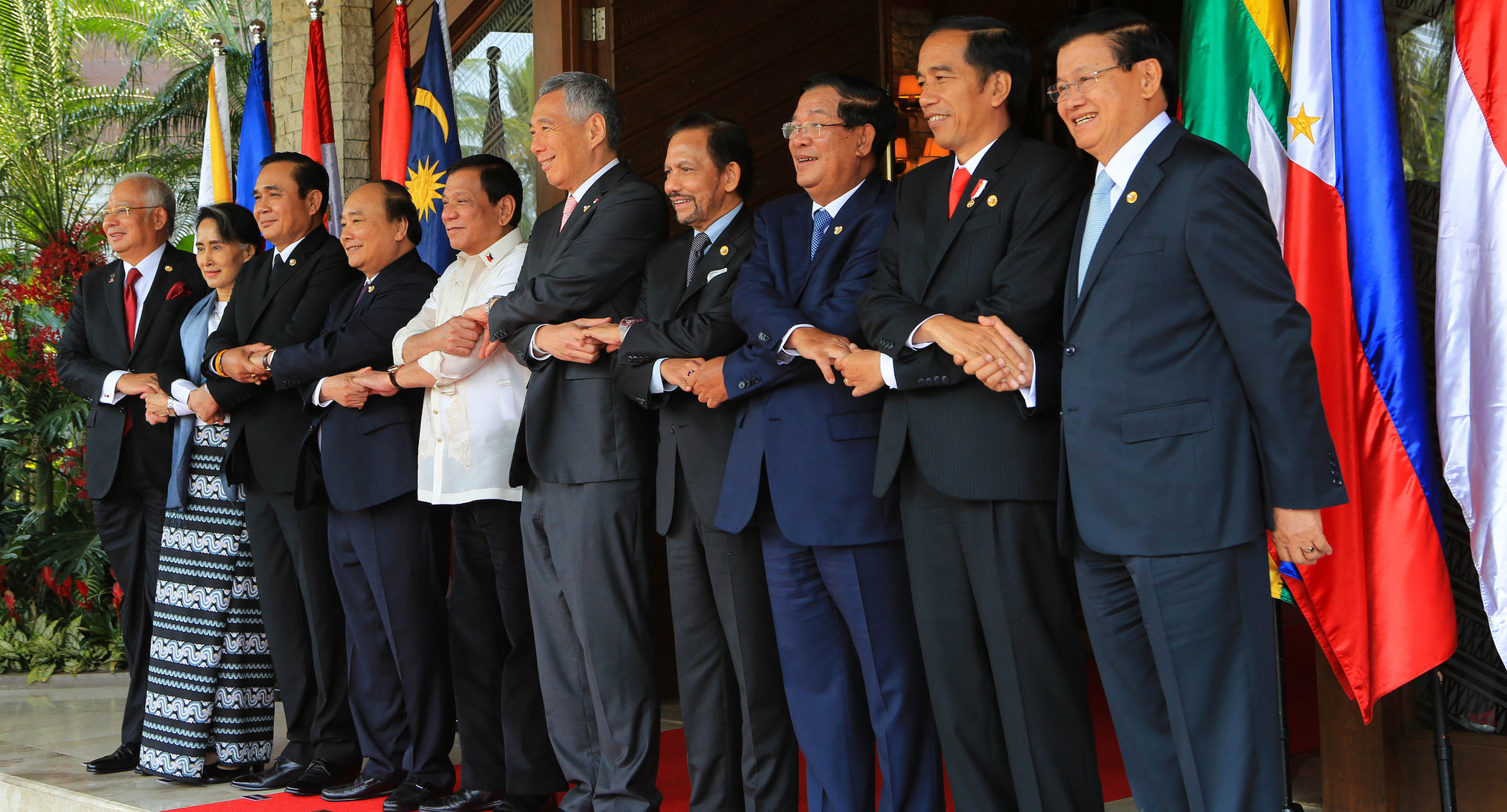 Association of Southeast Asian Nations (ASEAN) Summits are largely defined by what is left unresolved and unsaid, rather than what is acknowledged in the chair statements. The 30th Summit, hosted by the Philippines over the weekend, was certainly no exception, with migrant worker rights and the Rohingya crisis omitted and language on the South China Sea toned down. But if North Korea was hoping to escape unscathed, it will surely be disappointed with the most direct wording in the statement directed at the DPRK amid the latest flashpoint.

China was again the big winner from the Summit, with the bloc stripping references to last year's UNCLOS ruling and skirting around concerns of Chinese militarisation and development in the official statement. It read:

We took note of concerns expressed by some leaders over recent developments in the area. We reaffirmed the importance of the need to enhance mutual trust and confidence, exercising self-restraint in the conduct of activities, and avoiding actions that may further complicate the situation, and pursuing the peaceful resolution of disputes, without resorting to the threat or use of force.

The weak statement fits into a trend of pro-China sentiments from Beijing-linked ASEAN members (particularly Cambodia) conflicting with South China Sea claimants. Notably, the reluctance of Philippine President Rodrigo Duterte to continue the strong stance taken against China's claim by his predecessor Benigno Aquino III has seen the power of the claimant state faction collapse. Some commentators slammed Duterte over the weekend for his soft response. How Duterte will fare in the long term domestically, where the South China Sea is often referred to as the 'West Philippine Sea' by mainstream media, remains to be seen.

The official statement noted that the long-awaited Code of Conduct for the waters is expected to be completed 'by middle of this year'.

Until the murder earlier this year in Malaysia of Kim Jong Nam, the half-brother of North Korea's rule Kim Jong Un, relations between North Korea and ASEAN states were conducted primarily in the shadows. That incident,  combined with the tense global stand-off over North Korean belligerence, ensured a response would be high on the agenda this time round.

Just days out from the Summit, North Korean Foreign Minister Ri Yong-ho wrote a letter to ASEAN, obtained by Agence France-Presse, in which he called for 'fairness' in addressing concerns over increasing hostilities. 'I express my expectations that ASEAN which attaches great importance to the regional peace and stability will make an issue of the US-South Korean joint military exercises at ASEAN conferences from the fair position, and play an active role in safeguarding the peace and safety of Korean Peninsula,' he said in the letter.

We urge [North Korea] to immediately comply fully with its obligations arising from all relevant United Nations Security Council resolutions and stressed the importance of exercising self-restraint in the interest of maintaining peace, security and stability in the region and the world.

Speaking to media after the statement was released, Singapore Foreign Minister Vivian Balakrishnan voiced fears many in the region hold over the tense situation. 'It may be far away from Singapore, but if there is any miscalculation, if hostilities break out, the human price will be horrendous and there will be an enormous impact across the world, including on Southeast Asia,' he said.

Any hopes of finally resolving a declaration on the protection and rights of migrant workers in the region were dashed, with plans shelved until the November summit. The ASEAN Declaration on the Promotion and Protection of Migrant Workers' Rights has long been championed by Indonesia and the Philippines, whose nationals make up a large proportion of the migrant labour force.

That partnership has fractured, with the Philippines (sensing reluctance and a possible stalemate among members that receive migrant workers) pushing for a 'morally binding' declaration, while Indonesia refused to cede ground on its demand for a legally-binding resolution. The issue is a particular passion of Indonesian President Joko 'Jokowi' Widodo, whose foreign ministry made migrant workers a focus almost immediately after his 2014 inauguration. On the weekend he rebuked his fellow ASEAN leaders for not doing more, saying 'the slogan of people-centered and people-oriented should not be just words, but it must be implemented'.

Provisions in the declaration would see fixed working hours and the extension of labour rights to match those afforded to nationals of the host country. Cases of abuses of migrant workers, particularly female domestic workers and fishermen, are frighteningly common throughout the region – reforms are urgently needed.

The difficulties faced in making headway on this issue reflect the paradox at the heart of this organisation. ASEAN wants to fulfil its own mandate of bringing peace and prosperity to the region, but member states cannot agree on what that peace and prosperity looks like. Millions of lives and billions of dollars in emerging economies hang in the balance.

Show Comments
Previous Article
Aid and development links: Zuckerberg’s billions, the sweatshop fallacy, aid insurance and more
Next Article
The allure of orthodoxy and the peril of sentimentality