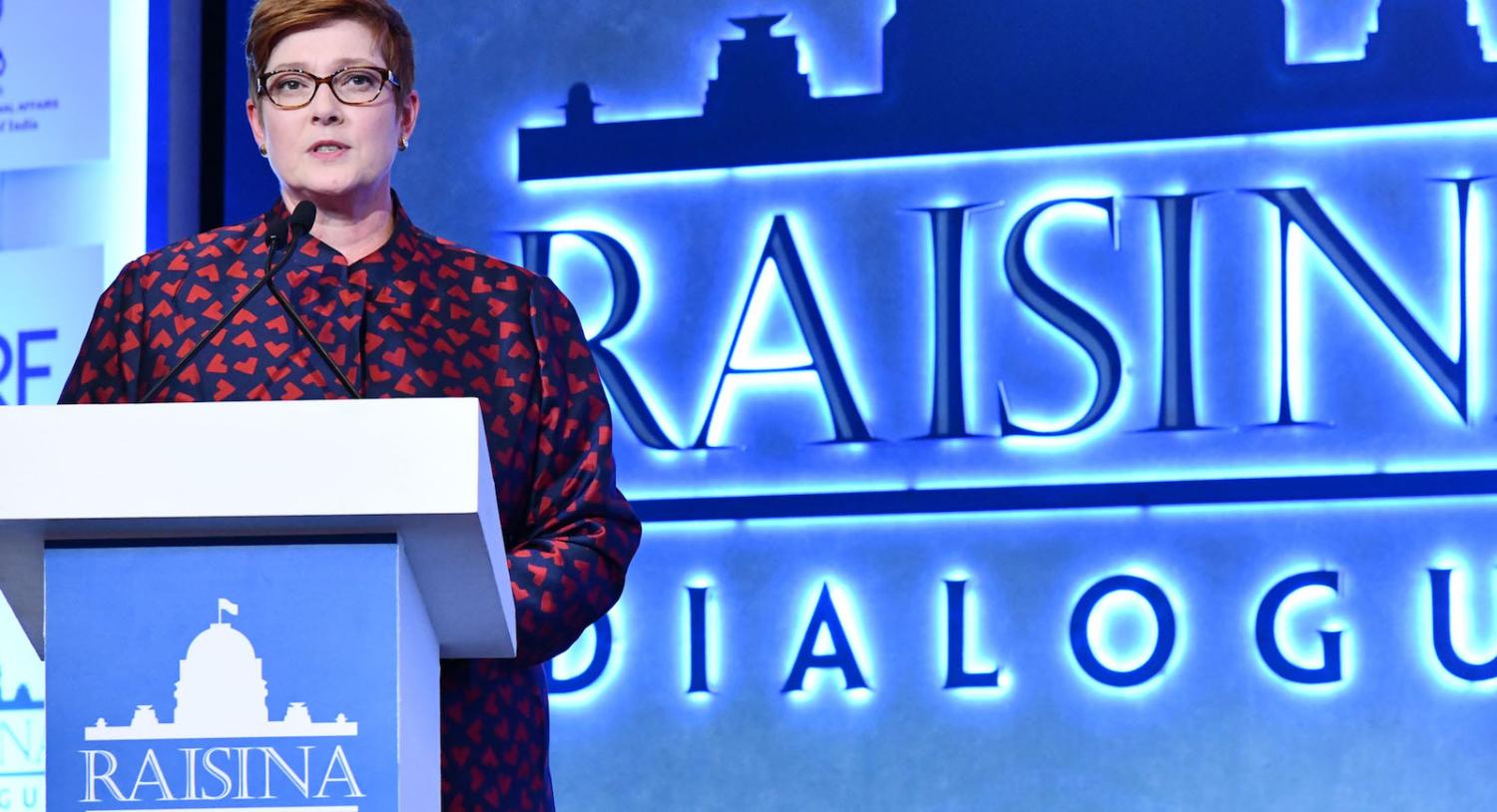 Campbell’s appearance on a panel with four-star admirals from India, the United States, Japan, and France was certainly a symbolic highlight. But of greater substantive interest was Payne’s articulation of an Indian Ocean approach for Australia.

Since 2008, there has been a permanent presence of the Chinese Navy in the Indian Ocean region in the form of an anti-piracy escort force. The 31st anti-piracy escort force is presently in the Gulf of Aden. So at any given time there are 6 to 8 Chinese navy ships in the northern part of the Indian Ocean. Also, two years ago they commissioned their first overseas facility, or base, in Djibouti.

The stated aim of this deployment is to protect their trade, which is flowing through this area, from piracy. That included deployed submarines for anti-piracy operations, which is the most unlikely platform to be used for this role. There is no doubt they are spending a huge sum of money in developing their military capability. They are modernising their forces, they are modernizing the command structure. And in my opinion, no navy has grown so rapidly in the last 200 years as the Chinese navy. They’ve added 80 new ships in the last five years. So the Chinese navy is a force, and it is a force which is here to stay.

In her remarks, Payne clarified that “none of us want to see confrontation become the dominant shaper of US-China relations,” but argued that “the peaceful and open character of the (Indian) ocean is a vital national interest for Australia.”

She reminded her audience that Australia has a long Indian Ocean coastline, boasts a large Exclusive Economic Zone, and bears responsibility for the Ocean’s largest Search and Rescue Zone. She noted that Australia possessed territory closer to New Delhi than to Canberra and had major oil and gas reserves off its north-west shore. “Few Australians would consciously be aware of this,” she said, “but more than half of all of Australia’s exports depart from Indian Ocean ports.”

Payne made a strong case to both an international and domestic audience for Australia having important equities in the Indian Ocean region.

The mainstay of Payne’s remarks, however, was the articulation of a four-pronged Australian approach to the Indian Ocean.

Chief among these was a closer partnership with India. “We welcome India’s leadership in the Indian Ocean,” she said. She argued that the two countries held similar worldviews as “free, open, and independent democracies” that respect international law, support an open and inclusive Indo-Pacific, and believe that “might is not right.” India’s success, she said, is a reminder “of the merits of democracy, of the rule of law, of a strong private sector and an increasingly open market economy.”

A second element involved building stronger regional institutions and norms. This included Australia’s continued support for the Indian Ocean Rim Association (IOR) and its Jakarta Concord of 2017. While name-checking cooperation among the Quad (Australia, India, the United States, and Japan), the minister also echoed Indian Prime Minister Narendra Modi’s call for nations to support ASEAN centrality. The two approaches, she argued, were not contradictory: “Our view is that mini-lateral cooperation in the Indian Ocean region can complement the region’s architecture.”

Third, she argued that India needed to support countries’ resilience to withstand coercion, mirroring similar Australian initiatives to its east. These include a $2 billion Australian Infrastructure Financing Facility and the development of regional peacekeeping and disaster infrastructure in Fiji.

Finally, Payne argued for policies to promote economic growth and market liberalisation. A major focus of these efforts, she said, would be India and South Asia. She reiterated support for the India Economic Strategy commissioned by the Australian government and also announced a new South Asia Regional Infrastructure Connectivity (SARIC) initiative, a $25 million, four-year programme focused on improving transportation and energy infrastructure.

Taken together, Payne made a strong case to both an international and domestic audience for Australia having important equities in the Indian Ocean region.

While the totality of Australia’s military and institutional involvement appeared impressive, and the direction clear and concise, expectations could yet increase for Canberra on the economic front. There’s only one hitch: to a considerable degree, the direction and priority of Australia’s Indian Ocean policy will depend on the outcome of this year’s federal election.

New Delhi, for one, will hope Payne’s successor can only build further upon her remarks at Raisina.

Previous Article
Syria: emerging consequences of the US withdrawal
Next Article
Talking to the Taliban: challenges for Kabul

Australia has expended a lot of defence resources in the western side of the Indian Ocean. It is time to look east.
Johannes Nugroho 26 Jul 2022 19:24

Does the Queen of Australia still exist? It’s a surprise to many, even in diplomatic circles.
Jessica Collins 28 Feb 2022 06:00