Where America finds itself

With Trump on the way out, from the White House at least, there is perhaps a chance to get serious for a moment. 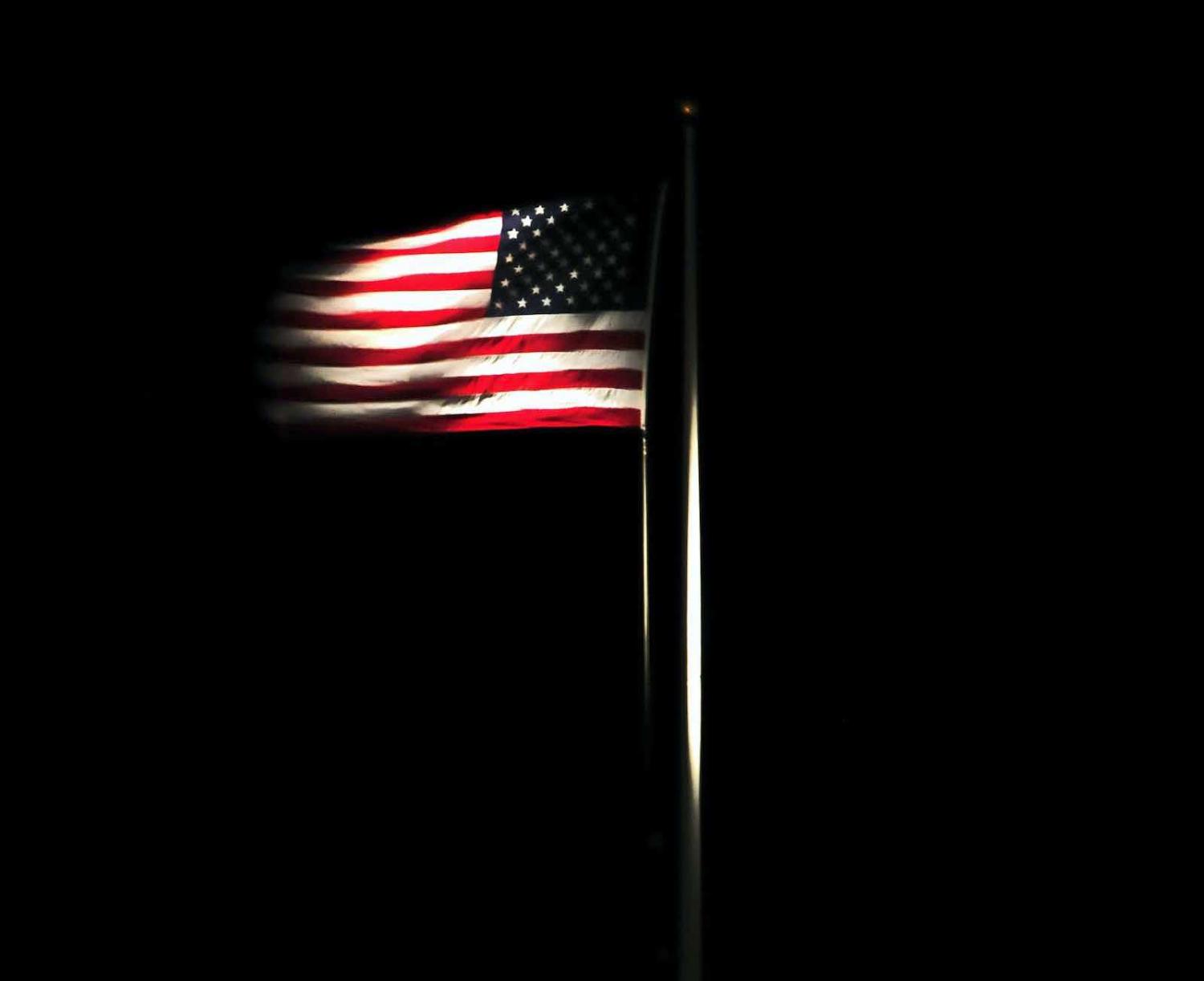 “Neither the sun nor death can be looked at steadily,” said the 17th-century French aphorist François de La Rochefoucauld. He might have added, had it existed at the time, the United States of America.

No country, with the possible exception of China, has played as large a role as a symbol rather than a reality in modern thought, or had as many lurid fantasies projected onto it, as the US. When the President is one Donald J. Trump and American politics is a global spectator sport, realism about the US is in even shorter supply than usual. Nor does there seem to be much demand.

Most foreigners think they already understand the US because they consume American media, and many are as passionately invested in the competing narratives of America’s partisan factions as any American. But now that Trump is on the way out, from the White House at least, there is perhaps a chance to get serious for a moment, to soberly consider the longer-term situation of a country that is roughly the size of Australia and has over twice the population of Russia, and that will remain the single most powerful state for decades to come.

A look at two books, both purporting to describe this longer-term situation, offers a start. 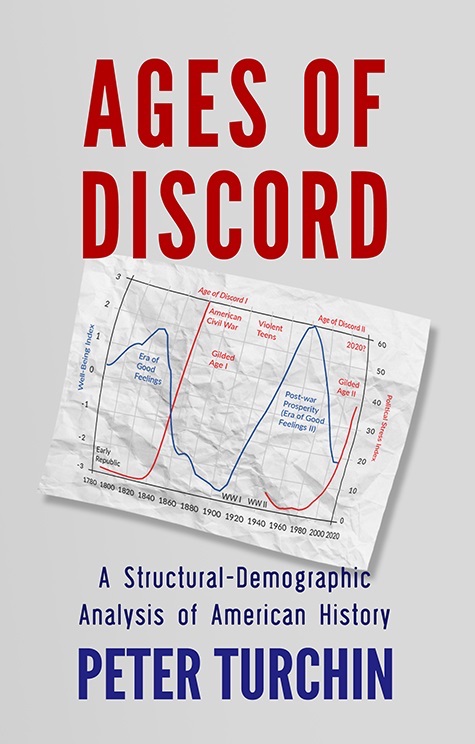 Peter Turchin’s Ages of Discord and George Friedman’s The Storm Before the Calm, published in 2016 and 2020, respectively, paint apparently incompatible but in fact quite similar pictures of the future of the US. The two bookend the Trump presidency – one a view from the start, the other from near the end. The future will be rough for a while, both say, and then, says Friedman, it will be good. And while they will drive specialists mad and there are problems with both books – the problems of all attempts at prognostication based on supposed laws of history – both are worth thinking about just to break the cycle of superficial presentism.

Moreover, precisely because both authors, immigrants to the US from Eastern Europe, believe that history is cyclical rather than linear, they do not believe in history with a capital “H”, when most Western intellectuals still implicitly hold to the faith that a certain kind of liberal democracy is the “End of History”. Which is why, funnily enough, these intellectuals are prone to catastrophism whenever the History Train appears to be going off the rails.

The conventional narrative is that the US is in a very bad way: exposed by the coronavirus and the death of George Floyd, going through a “crisis of democracy”, its prestige in terminal decline and increasingly challenged by revisionist powers such as Russia and China. Like most conventional narratives, there is some truth in this one. And it finds some support from Turchin and Friedman, while they depart from it in crucial respects.

The very disunity and lack of respect for authority now contributing to civil unrest will likely prevent civil war.

Turchin claims that throughout human history, “ages of discord” are driven by a “dark triad” of factors: “elite over-production”, a declining standard of living for common people and the inability of states to meet their commitments, especially financial. And he claims that all of these are visible in the US today. In 2012 Turchin predicted that 2020 would mark the beginning of an age of discord that will peak sometime in the next decade or so and bear comparison with previous ages of discord in American history that peaked around 1870, 1920 and 1970. For the period beginning in 2020, civil unrest is the best-case scenario, civil war the worst.

Similarly, Friedman understands American history in cyclical terms. His cycles are double cycles, however – institutional and socio-economic. A crisis occurs when there is a mismatch between institutional forms and an emerging socio-economic reality. The last such crisis took place in the 1960s and 1970s, when the techniques of industrial and social engineering developed during and after the Second World War started to fail. America emerged from this crisis in the 1980s and 1990s, as the institutional cycle caught up with the socio-economic one. But history never stops. By the 2010s, another mismatch was becoming apparent. Between 2025 and 2030, a new institutional cycle will begin and today’s problems will be addressed, just as previously in American history, before another crisis around 2100–10.

It is both a strength and a weakness of the extremely broad-brush pictures painted by Turchin and Friedman that politics doesn’t really play much of a role, at least as first cause. America’s problems are not, as in the conventional narrative, caused by bad government. Rather, the difficulty of governing America reflects America’s problems, the problems of a country whose true peers are not the rest of the Anglosphere or the small, relatively homogenous Northern European countries it is often compared to, but other “empires” such as China, Russia, Brazil, Indonesia, perhaps even India and Europe as a whole. 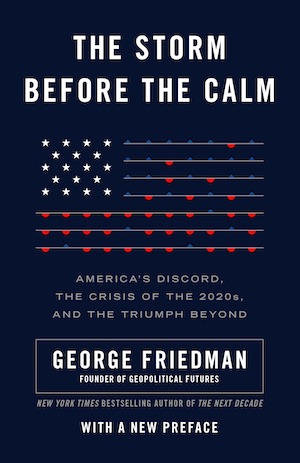 As for authoritarianism or fascism, terms which have been thrown around a lot in the last four years, neither is useful for Turchin or Friedman. Trump is a tyrannical character in both the classical and colloquial sense, but America today is not Europe yesterday, and there was never any chance he would become a dictator, given his lack of discipline and the opposition, at times itself “norm-breaking”, to his administration of the very people and institutions essential to any coup.

Rather, as the weak and inconsistent reaction of not only the federal government but also state and local authorities and even the medical profession to the coronavirus and the unrest that followed the death of George Floyd revealed, the US has a problem not with authoritarianism but with authority. This has deep roots in the American political tradition, roots which have been activated by recent, authority-discrediting events such as the Iraq War, the global financial crisis, the coronavirus pandemic and incidents of police brutality, and is more bipartisan than most foreigners understand.

Which suggests politics really does matter after all.

Turchin’s most interesting idea is that of the three factors that drive ages of discord, elite over-production is the most important in America today. Mass tertiary education means there are now too many people with elite credentials for the still highly limited number of places in the actual elite. This is leading to the emergence of a “counter-elite,” which appeals to the masses against established institutions. The worse the masses feel their condition to be, the more appealing the claims of the counter-elite. It is the combination of mass discontent and elite over-production which, for Turchin, makes civil war a realistic possibility.

How realistic? Not very, I’d say. Apart from anything else, the US doesn’t fit the demographic profile of a country on the brink of civil war. Even more than foreign wars, civil wars require a lot of energy and commitment, in particular from young males.

Like all first-world countries, the US is aging, and while it remains relatively young thanks to immigration, it is almost nothing like the country that staged the real thing between 1861 and 1865. That country could call on millions of young men brought up in a tough school and willing to die to either abolish or preserve slavery or protect their country, as Americans called their states then. No cause, party or even religion commands that kind of loyalty in America today, and the very disunity and lack of respect for authority now contributing to civil unrest will likely prevent civil war.

Friedman, on the other hand, stresses the fundamental advantages the US still has over its rivals, including demographic. And he’s right. Russia has land, but its economy is smaller than Italy’s, and it struggles to project power. China is surrounded by nations suspicious of its ambitions and is facing a demographic time bomb. Neither attracts immigrants. And, more arguably, American culture remains more dynamic and its system of government more flexible and, ultimately, resilient.

But even Friedman acknowledges that the character of American federalism is going to have to change radically in some sense if the US is to successfully reinvent itself again. Just how and why this is going to happen is the weakest part of his argument – “because it’s happened before” seems to be his position. And then, advantages can be squandered by incompetent or ideologically blinded elites. That’s happened before, too. Friedman names his cycles of American history after the presidents who supposedly initiated them: Washington, Jackson, Hayes, FDR and Reagan. Who is the equivalent today? And what about the federal budget crisis, which was bad before the coronavirus but is now horrific, at least in financial terms, and which is contributing to a growing gap between Washington’s resolve to maintain the US’s global position and its capacity to do so?

The American ship of state may not be headed for an iceberg, then, but it may be beyond steering for the moment. This is the sobering rather than terrifying conclusion drawn by the more hard-headed analysts of America today, foreign and domestic. But as another realist French philosopher, Pierre Manent, has observed, the difficulty in politics is rarely to see something, and more often “to see what one sees” – that, is to look at something steadily when, for whatever reason, it is not what you want to see.

Legal safeguards that kept the 2009 declaration of martial law following the Maguindanao massacre in check are unlikely to play out in the same way today.
Elaine Jeffreys 29 Nov 2018 12:00

China, where not all media are created equal

A rare official apology hints at the delicate calculations and constraints that frame journalistic freedom in China.
Stephen Grenville 6 Aug 2019 11:00

Coordinating with America to pressure China on trade

Beijing should pay legitimate intellectual property charges yet the system is an imperfect way to reward innovation.