The decision to acquire the French Shortfin Barracuda is extravagantly expensive and very high-risk. 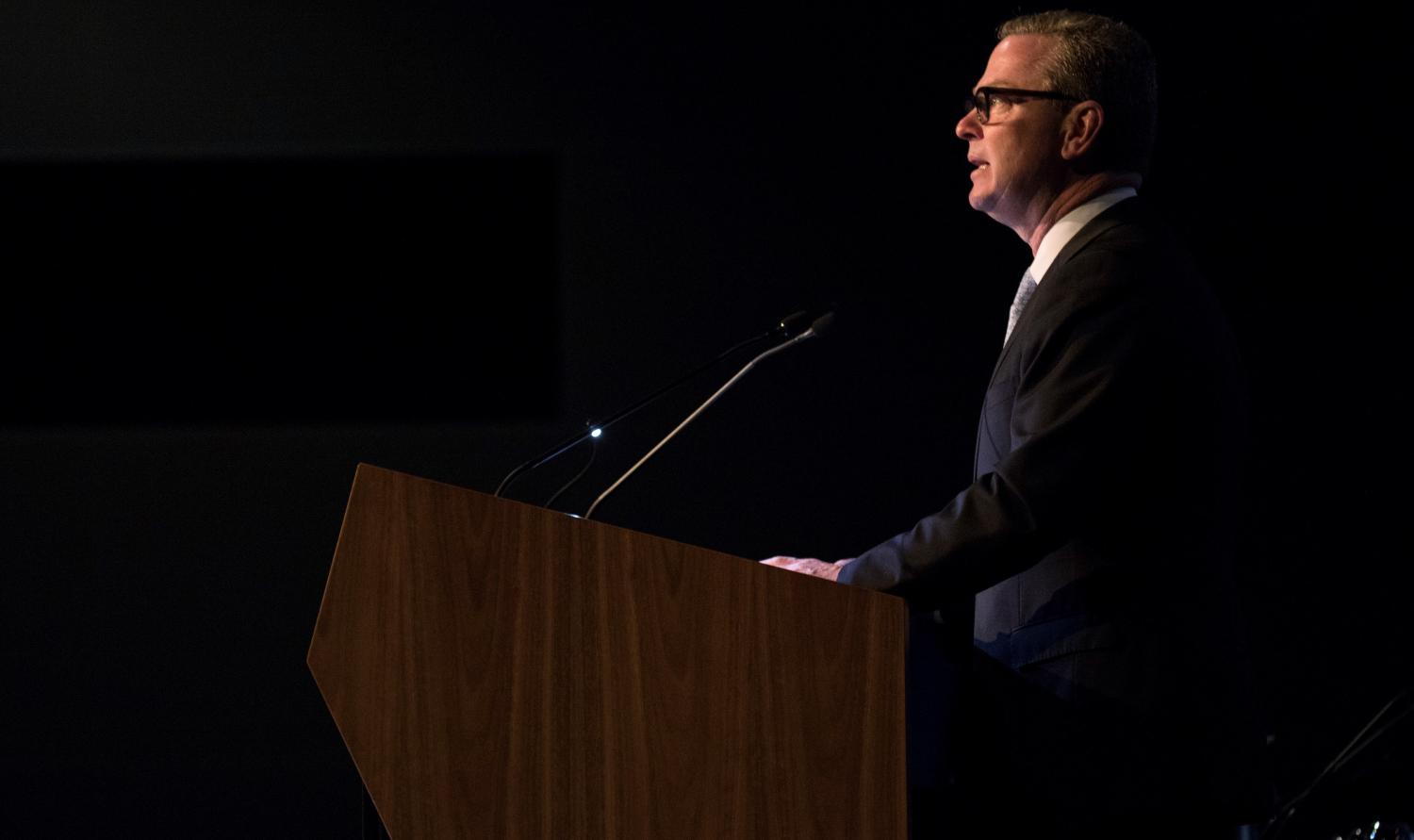 Last week at the National Press Club, Hugh White launched a report by Insight Economics, Australia's Future Submarine: Getting This Key Capability Right, of which I was the principal author. The report was sponsored by Gary Johnston, a Sydney businessman with no commercial interest in the SEA 1000 Future Submarine (FSM) program but an abiding concern with the waste of taxpayers' money in failed defence acquisition projects.

The report found that the decision to acquire the French Shortfin Barracuda, to be built in Adelaide with deliveries beginning in 2033-34, is not only an extravagantly expensive solution but also involves very high risks. With the Collins class submarines reaching the end of their lives between 2026 and 2033, the main risk is of a capability gap. If the FSM is delivered late, as developmental military projects inevitably are, Australia may end up having no submarines that can be deployed in a high-threat environment for a decade or more.

The second risk is that the FSM design will be incapable of delivering the required capability at an acceptable price. Given the technical risks around this very large developmental submarine, this is an entirely possible outcome.

Although no decision has yet been announced, the government's approach to addressing the capability gap is likely to be a 10-year life extension (LOTE) of the existing Collins class, costing around $15 billion. This would carry very substantial technical risks. If it mirrored the LOTE to the Guided Missile Frigates that are of similar vintage, it would run seven years late, allow only four rather than six units to be upgraded within the budget, and would not provide the capability required for operations in a high-threat environment. Also, given the FSM's delivery schedule and the risks around it, ten years' additional life may well be insufficient.

Rather than extend the Collins, we propose, at a cost of under $10 billion, acquiring six new off-the-shelf submarines, modified to provide longer range, together with a tender vessel. The tender could operate from, say, Christmas Island, thereby eliminating long transits for the submarines and acting as a force multiplier. We do not advocate any changes to current arrangements with the FSM process. Rather, the aim is to ensure we face no capability gap and also provide some insurance in the event that the FSM design proves unsatisfactory. The extended Collins could not provide this insurance in full because of its age. We also believe there would be great benefits in restoring a measure of competition to the acquisition process.

The government's response has been disappointing. The first instinct was to go ad hominem; the sponsor of the report was an 'armchair critic' and the authors had never driven a submarine. As Hugh White pointed out on Lateline, in light of Defence's record the implication that we should just 'trust the experts' in matters of military procurement is somewhat risible.

The Minister for Defence Industry Christopher Pyne then wrote an opinion piece for The Australian and repeated his criticisms in a speech in Sydney this week. He strongly attacked some 'glaring errors' he had identified in the report, but then proceeded to make some of his own.

First, he said we had made no effort to discuss the issues with him. This is incorrect. Last November I sent him a short paper outlining our concerns and offered to travel to Adelaide to meet him. He immediately returned a one-line email: 'This is not government policy'. I took that as a 'no'.

Secondly, Mr Pyne said upgrades to the existing submarine fleet, 'called the Collins class life of type extension', were included in the 2016 Defence White Paper to 'ensure they are a potent fighting force well into the 2030s'. This is incorrect. While some planned upgrades to Collins were included in the White Paper, a comprehensive LOTE was not. This is not surprising. The FSM decision had not been made when the White Paper was published and so it was not clear at that time whether the acquisition schedule would require a Collins class LOTE.

Thirdly, Mr Pyne stated that by the 2030s 'we will have our new future submarine fleet delivered by Naval Group Australia'. This is incorrect. Even on Defence's schedule, which we believe is optimistic, delivery of the twelve submarines extends from 2033-34 to 2050.

The sole objective of both Gary Johnston and the report's authors is to make a well-considered contribution to government policy development. In pursuit of that objective, we have been at pains not to recommend that the government change one single decision it has made to date. It's a pity that the Minister has responded to what should be a contest of ideas, conducted in a civil manner between concerned Australians, in a manner that, unfortunately, has become all too common in the contemporary political arena.

Making progress after the overwhelming independence ballot is as much a question of bureaucratic mechanics as politics.
Rebecca Barber 29 Apr 2021 05:00

Veto power on the Security Council too often obstructs action in the face of atrocities. Here are some ways around it.
Marianne Hanson 29 Jul 2022 13:00

It looks suspiciously as if a decision is already made, even with a promised 18-month investigation only half-way done.