The idea of a ‘grand bargain’ between the US and Russia has evaporated in recent weeks. 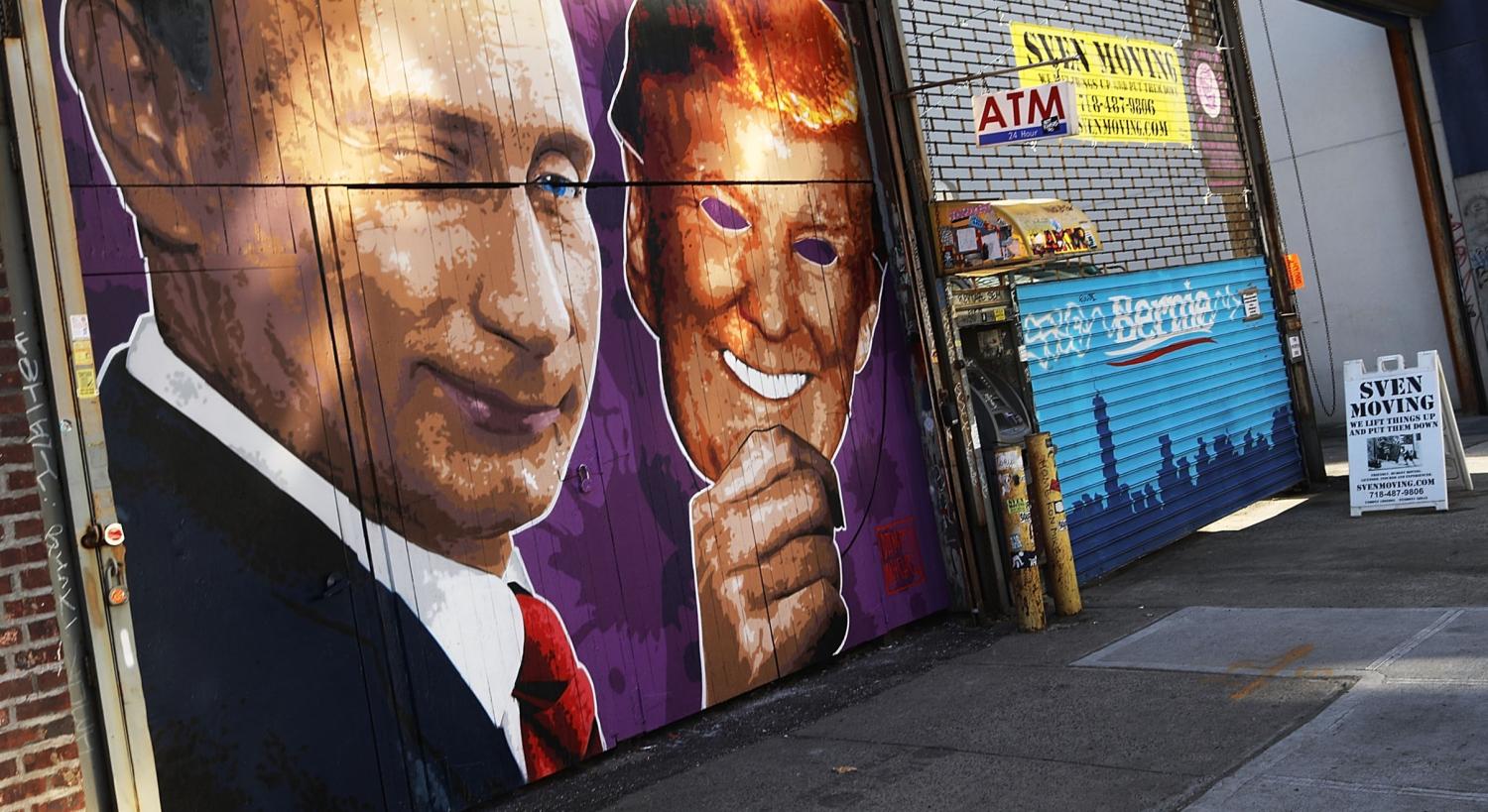 US President Donald Trump’s track record of praise for Russia’s Vladimir Putin appeared to presage a dramatic U-turn in US-Russian relations from hostility to partnership. This change of direction seemed consistent with Trump’s overall foreign policy vision: that of ‘America First’ isolationism, skepticism about free trade, disdain for NATO and other allies not paying their way, and so on.

The expectation was, therefore, of a ‘grand bargain’, with Trump willing to recognise Russia’s annexation of Crimea, lift economic sanctions, and partner with Moscow in ‘fighting Islamic terrorism’ in Syria.

One problem is that it's hard to see what the US would be getting in return. Trump the consummate deal-maker will want something to brag about: Putin’s goodwill doesn’t count for much, and the Russian President can hardly publicly promise not to invade other neighboring countries, or to stop provocative air and sea sorties against the US military (there is no kudos in stopping doing something that you shouldn’t be doing anyway). There is no sign that Putin is willing to withdraw from the Donbas and leave the secessionist region to its fate at the hands of the Kyiv government. Beyond that, what can Putin put on the table?

Another problem is that Moscow is also looking for more concessions from Washington: a pledge not to try to expand NATO beyond the accession of Montenegro; the withdrawal of NATO troops from states bordering Russia; and (the biggest prize of all) an end to the deployment of missile defenses in Central Europe (ostensibly there to protect against Iranian missiles, but also usable against Russia).

Two of Trump’s top advisors, ideologist Steve Bannon and economist Peter Navarro, see China as the main long-term threat to US prosperity and security. There might, therefore, be a neo-Kissingerian deal in the making, under which concessions to Putin would peel Russia away from its ‘strategic partnership’ with China. Kissinger and Nixon played China against the Soviet Union; now Trump’s team might want to do the reverse – play Russia against China.

The analogy is a false one. Both the US and China stood to benefit from weakening the Soviet Union (the US Stinger missiles that were carried into Afghanistan on Chinese mules did their job). Thirty years later, the economies of China and Russia (and China and the US) are increasingly interdependent. Even if Washington wants a trade war with Beijing, there is no reason why Russia should join in. Russia’s economic growth is anemic; it needs China far more than China needs Russia. The two nations seem to have established a modus vivendi in Central Asia, and there is no strategic reason why Russia would want to help the US ‘contain’ China.

In any event, the idea of a ‘grand bargain’ has evaporated in recent weeks. On 6 January, a flawed but damaging report from the US Director of National Intelligence accusing Russia of hacking the US election was released. On 10 January, BuzzFeed published a sensational dossier containing unconfirmed reports from a British intelligence operative hired to investigate Trump’s ties with Russia during the 2016 campaign. On 13 February, National Security Advisor Mike Flynn resigned over allegedly deceiving Vice President Mike Pence regarding conversations about sanctions Flynn has with the Russian Ambassador, re-energising investigations of the Trump teams’ ties to Russia.

Since taking office, Trump himself has walked back on some of his earlier policy pronouncements, such as questioning the value of NATO, the ‘One-China’ policy, and the Iran nuclear deal. A reversal of his admiration for Putin is thus perfectly possible. In a 23 February interview, Trump questioned the utility of the New Start treaty, limiting the strategic arsenals of Russia and the US, which expires in 2021, complaining that the US has ‘fallen behind on nuclear weapon capacity’. Surely his cavalier attitude towards arms control is not welcome news in Moscow.

The Russians themselves seem to have given up on the idea of a grand bargain. Even immediatey after Trump’s surprise victory in November, some suggest Russia may have been experiencing ‘buyer's remorse’, fearful of what might happen under the unpredictable Trump. According to some reports, shortly after Flynn’s resignation the Kremlin instructed Russian media to cut back their favorable coverage of Trump; according to one analysis, references to Trump in Russian media fell fourfold over the next week. On 12 February, Channel 1’s authoritative Sunday night news program Vesti Nedeli played satirical clips of Trump from the American comedy show Saturday Night Live, and a segment making fun of his handshake.

If there is not going to be a grand bargain, what might a petty bargain look like? Presumably it would be a slow and gradual return to cautious engagement, something resembling business as usual. But there has been no business as usual between the US and Russia since at least 2003, so it’s hard to know what this would look like.

Moreover, there are various obstacles ahead that could further disrupt US-Russian relations. Upcoming elections in France and Germany are already yielding accusations of Russian interference to boost the chances of far-right parties. Russia itself will hold a presidential election in May 2018. Despite the fact that no serious challenger to Putin will be allowed to run, Putin’s team will pull out all the stops to ensure a resounding victory for their candidate – which they take to mean at least 70% turnout, and at least 60% support. The annexation of Crimea showed that the most reliable way to ensure a surge of popularity for Putin is foreign policy adventurism. More surprises may be in store.

As South Korea and Japan pick a fight, don’t expect Trump to care

Washington often been an informal umpire for the depressingly regular spats between Seoul and Tokyo – not this time.
Nikola Mikovic 2 Aug 2021 10:00

A hoary “what if”, but Trump has helped calm Korean peninsula dangers in a way that may have eluded his 2016 rival.