Getting past the awful logic of nuclear weapons

There is a real risk that the arms control achievements of the past will start to come undone.

The Australian government intends to boycott the negotiations. Foreign Minister Julie Bishop has rejected the ban proposal, saying 'We must engage, not enrage nuclear countries'. If it is true that some nuclear-weapon states are 'enraged' by the proposal, Australia should not condone, let alone encourage, this attitude. All parties to the NPT, including the nuclear-weapon states and Australia, have a legal obligation to 'pursue negotiations in good faith on effective measures relating to cessation of the nuclear arms race at an early date and to nuclear disarmament' (NPT Article VI). Boycotting the forthcoming negotiations, which are supported by the great majority of NPT parties, is inconsistent with this obligation.

There are two basic issues here: (a) the fact that all NPT parties are obliged to work towards the elimination of nuclear weapons and (b) the question whether the ban negotiations can make an effective contribution to this goal.

Regarding point (a), no nuclear-weapon state should feel enraged at being called upon to work for the elimination of nuclear weapons, which as I’ve pointed out is a fundamental commitment under the NPT. This is a goal that President Trump recognised, when he said 'I am the first one that would like to see ... nobody have nukes'. Trump went on to say 'but we’re never going to fall behind any country even if it’s a friendly country, we’re never going to fall behind on nuclear power'. This statement does not dispute the goal of elimination but it does reflect the awful logic of nuclear weapons: countries that have them feel the need to compete in numbers and capabilities.

The reality for most if not all the nuclear-weapon states (even if they have not articulated it) is that the sole purpose of having nuclear weapons is to deter nuclear attack by others. It follows that these states should be prepared to proceed with mutual nuclear reductions, and ultimately elimination, provided this can be done without endangering their national security. The great challenge is to establish the necessary trust and the specific steps to enable this. Obviously this requires negotiations. It is important to resume serious arms reduction negotiations and to broaden them beyond the US and Russia, to include the other NPT nuclear-weapon states and also the non-NPT nuclear-armed states (India, Israel and Pakistan – North Korea will probably need to be addressed as a specific case).

This leads us to point (b), can the ban negotiations make an effective contribution to disarmament efforts? Some argue that pursuing a ban is unrealistic as the pace of disarmament cannot be forced. But this depends on what the ban seeks to achieve. No-one is seriously suggesting that agreement to a ban would result in immediate disarmament. Without doubt a step-wise series of reductions will be required, and total elimination is likely to take many years. What then is the point of a ban?

First and foremost, it is essential to change the mindset with respect to nuclear weapons. While the universal goal, expressed in the NPT, is ultimate elimination, today actions are being taken which are inconsistent with this goal – and inconsistent also with the rationale of sole purpose. To give just a few examples:

Today, when there is no serious focus on further nuclear reductions and complementary measures, there is a real risk that the arms control achievements of the past will start to come undone – what has been called 'the great unraveling'. A ban would help to arrest this trend and reinforce the need for serious efforts towards resumed and widened nuclear reductions.

A boycott of the ban negotiations will only exacerbate negative attitudes within the NPT membership and play into the hands of those seeking to undermine the NPT. It is in no-one’s interest to have these negotiations produce an unrealistic outcome, which will be exploited by NPT opponents. Participation in the negotiations by the nuclear-weapon states would ensure the debate is not one-sided. The nuclear-weapon states should consider whether there is any form of ban that they could accept. For example, I argue in a recent paper ('A Nuclear Weapons Ban: Finding Common Ground', published by the Asia Pacific Leadership Network) that a ban on the use of nuclear weapons would be equivalent to a 'no first use' or 'sole purpose' commitment. While currently some nuclear-weapon states would see such a ban as unacceptable, I suggest it merits further study.

Australia has a strong record of contributing to arms control issues. Now more than ever there is a need for constructive engagement. The value for the US in the alliance with Australia is not to echo US thinking, but our ability to bring a different perspective. The boycott of the nuclear weapon ban negotiations is ill-considered – we should participate and seek to persuade the US to do likewise. While we’re about it, we should also encourage the Trump Administration to extend New START. 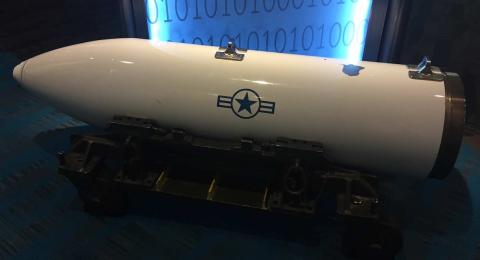 By lashing the United States and drawing closer to China, the Philippines president has undermined his own goals.
Joanna Hewitt 5 Sep 2019 12:00

Leaders’ communiqués: Do we need them anymore?

Even without a statement to share the results of summit deliberations, global leaders’ meetings still get things done.