The missing piece in the debate about the future regional order

While all attention has been on the US and China, countries of the region themselves might have a say. 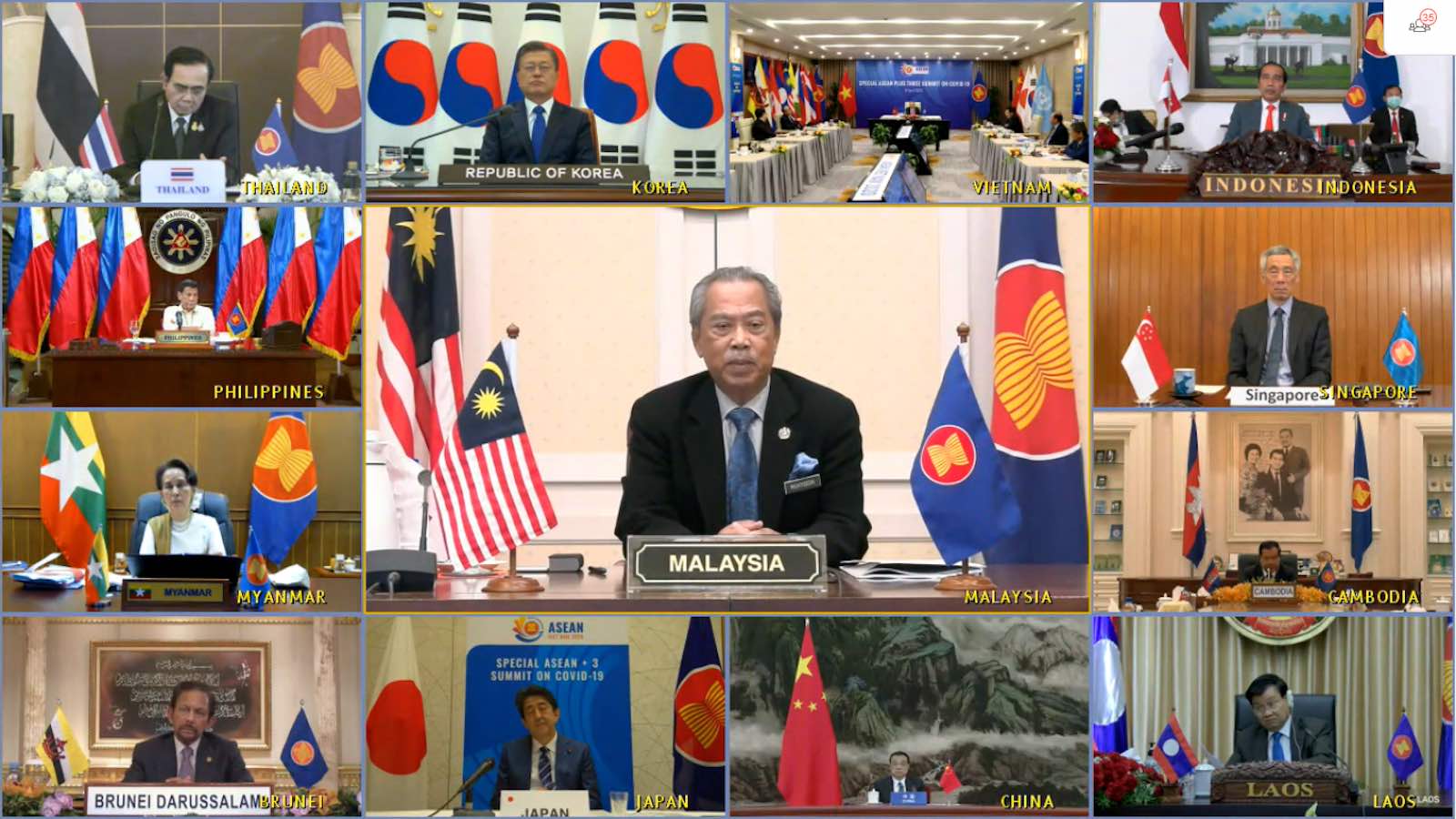 With cruise ships banned from ports around the world, it would not be a stretch to wonder about the impact the coronavirus pandemic will have on future military movement as well. Such questions matter, for the practice of sending warships on visits to foreign ports has been an enduring feature of strategic diplomacy. Indeed, in March, just as the global scale of Covid-19 crisis began to unfold, a US aircraft carrier arrived for the second time in Vietnam. The visit was intended to showcase the increasing interest and strategic importance of the Southeast Asian region in the clash of power between the US and China.

The USS Theodore Roosevelt has since itself been in the headlines after an outbreak of the virus onboard and the dismissal of its captain. The cost of coronavirus also appears to have focused even greater attention of US-China rivalry.

Southeast Asia will continue to be a venue for that competition, which inevitably brings its multilateral platforms into play, particularly the Association of Southeast Asian Nations. Before the virus, the future shape of the region and the pace of the US has already well debated – including here on the pages of The Interpreter recently between Sam Roggeveen Michael Mazarr and Ali Wyne. As the virus continues to play out, and in the aftermath, the debate about the future order in the region will remain crucial.

Roggeveen argued US dominance has historically rested upon its ability to project and enforce its military capacity – a dominance that is increasingly questioned – whereas Mazarr and Wyne contend the most important way for the US to maintain its leadership position is through the role it plays in international organisations.

Compelling though both articles are, somewhere in between lies the truth. Both articles fail to assess that influence and leadership rests on the acceptance of those “influenced”.

ASEAN countries have continuously sought to navigate the clash of interests between the US and China to their own advantage.

In the great power politics between China and the US in the region, no one clear-cut winner emerges for the simple reason that ASEAN countries have always prioritised their own sovereignty over all else. The experience of colonialism and then the Cold War has made ASEAN member states wary. Much value is placed not only on the non-intervention policy among its members, but also in ensuring the goal to remain neutral in the face of great power rivalry.

The inability of the US to gain support for SEATO in the 1950s and 1960s aside from Thailand and the Philippines, all the way to the Philippines’s recent decision to terminate the Visiting Forces Agreement reflect how any military sphere of influence is precarious at best.

More importantly, ASEAN countries have continuously sought to navigate the clash of interests between the US and China to their own advantage, leveraging on both the US and China in order to benefit. The priority for Southeast Asian countries remains development and growth, and this means seeking the most from the large economic market offered by both countries, alongside foreign investment and technological transfer. Both Vietnam and Singapore, for example, continue to cultivate close economic ties with China, military cooperation with the US non-withstanding.

Furthermore, it would also be unwise to simply divide the poles of influence as a rivalry between the US and China. For example, Russia’s growing assertiveness and its significant contribution to the arms market in Southeast Asia also makes Moscow an important player in competing for regional influence. This again makes the interaction via ASEAN crucial to understanding regional dynamics.

What is often called the “ASEAN Way” is less about US or China but more about hedging foreign powers and adopting pragmatic policies aimed at securing safety nets. This strategy allows ASEAN not to be trapped by a US-China dilemma. Since the organisation’s founding principles focus on non-intrusive mechanisms and sovereign equality, ASEAN offers the grouping a strength that they would not have alone, amplifying concerns that might not have gained attention in bilateral dealings.

In strategic moves, ASEAN has taken a central role in the region’s multilateral economic and security arrangements by facilitating dialogues among region’s power through the creation of ASEAN Regional Forum (ARF), ASEAN Defense Ministers Meeting Plus (ADMM-Plus), ASEAN plus one, ASEAN plus three, and the East Asia Summit (EAS).

Such a framework provides ASEAN states a platform to negotiate key regional initiatives. For example, ADMM-China and ASEAN plus China advanced opportunities in areas of humanitarian assistance and disaster relief, while ASEAN-US forums have secured cooperation in combatting transnational crime and other non-traditional security, such as via the ASEAN Senior Officials’ Meeting on Transnational Crime (SOMTC). The grouping has also secured a long term economic partnerships with both China and US. China has been the largest trading partner of ASEAN, reaching US$479.4 billion in 2018, while US remains an important trading partner of ASEAN, with two-way trade of $260.6 billion.

More than this, ASEAN sits at the centre of efforts by other countries such as South Korea, China, Japan, Australia and New Zealand to institutionalise the Regional Comprehensive Economic Partnership (RCEP), a mega economic bloc that accounts for half of the global population and one-third of the world’s gross domestic product. RCEP aims to offset some disruptive consequences of US-China trade war.

These ASEAN regional strategies may not be a salve for all the issues in the increasing US-China contest, but the framework and normative principles that have been created point to other possibilities which are inclusive and reflective of the interests of the region. It may be cooperation, not competition, that defines the future, should ASEAN’s multilateral platforms serve to facilitate the engagement.