Both can be coercive, but the US is in danger of surrendering what is arguably the more sustainable model of influence. 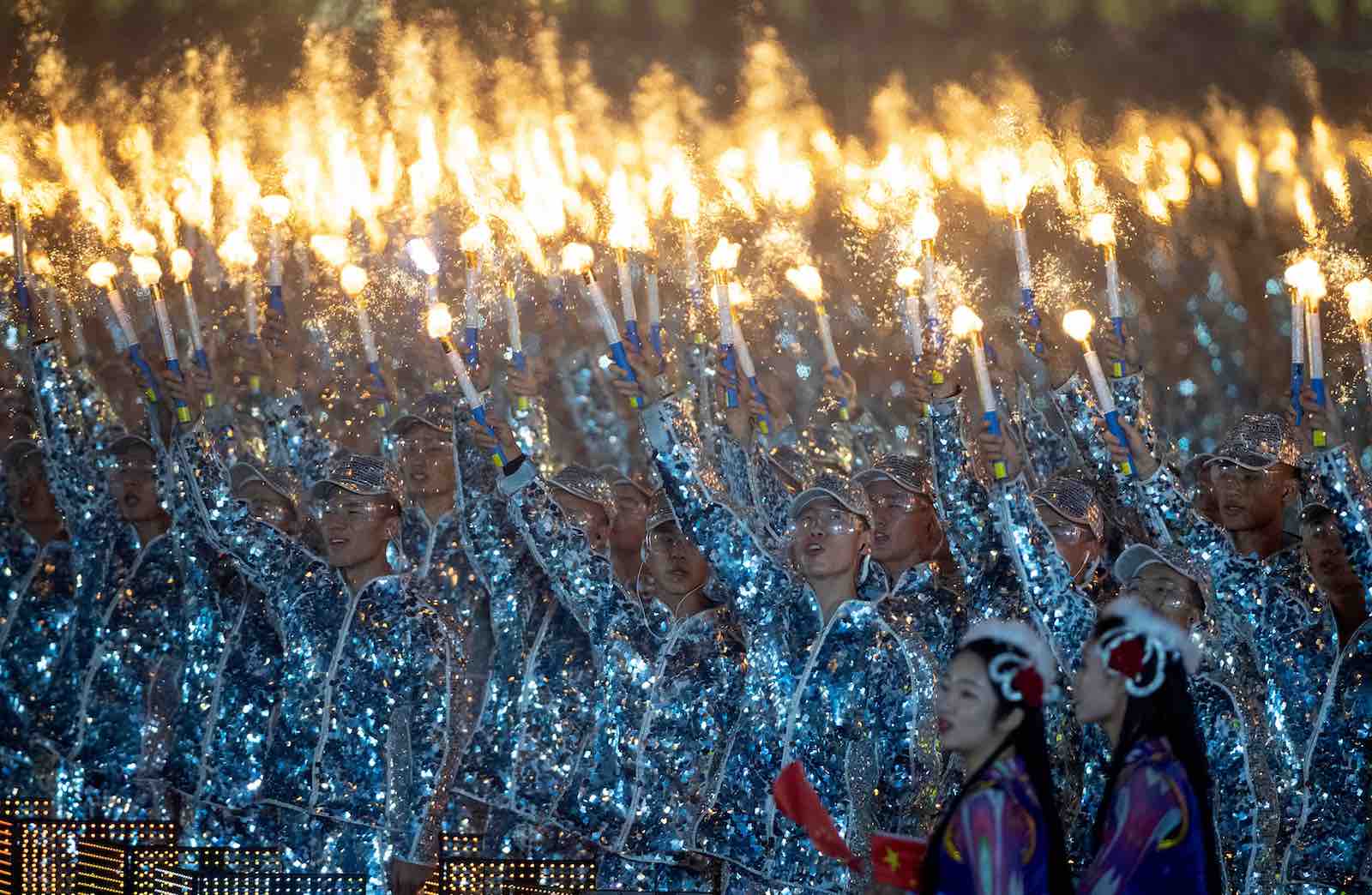 A performance marking the 70th anniversary of the founding of the People’s Republic of China, Tiananmen Square in Beijing, 1 October 2019 (Photo: Noel Celis/AFP via Getty)
Published 29 Jan 2020 15:00   0 Comments

Strategic competition between the United States and China has come to dominate US foreign policy debates. That competition is multifaceted – while rooted principally in a quest for economic pre-eminence and technological mastery, it possesses increasingly important military and ideological components. But it may ultimately turn on a basic question: which country has a more sustainable concept of national influence?

The US has often applied overwhelming military force – and used coercion more generally – to maintain its leadership position. More fundamentally, though, it has adopted a persuasive and communal approach to wielding its power, working to fashion a system that others across the world seek to join. The institutions, processes, and rules it has fostered have produced a powerful gravitational effect, largely because they have offered others – even detractors – an opportunity to advance their own security and prosperity. In the 1990s, the attractiveness of the US-led model was even clear to China, which made a sustained effort to join the World Trade Organisation, asserting at the time a willingness to be bound by its rules.

Power is likely to be more sustainable when exercised within and reinforced by a shared system of mutual benefit.

The NATO alliance is another clear example, a mutual defence pact that has attracted many countries. NATO was not designed primarily to give Washington coercive power over other members; instead, its unanimity-based decision-making structure generates the kind of reciprocal and collective involvement that provides voice and a vote to even the least militarily capable members.

The US has accumulated power by facilitating agreements and establishing institutions (including the International Monetary Fund, the World Bank, and the WTO) that have deepened connectivity between market economies. Anchoring a norms-based international system has provided the United States with a degree of legitimate authority – one that others generally accept because they believe its exercise can advance their national interests.

The US has also aligned itself with liberal values (such as, human rights and democratic freedoms) and has tended to oppose large-scale assaults on these values. Its concept of influence assumes that power is more sustainably exercised when tethered to such values.

China’s theory of influence, combining one-party authoritarian rule and a state-run growth model, seeks traction by operating through a transactional foreign policy – one that prioritises bilateral relationships and undertakes to develop an integrated Eurasian industrial zone in which China, as the linchpin, can limit other countries’ choices. Its economic model enables it to provide large subsidies to domestic investments in frontier technologies and gives it a major advantage over the US in building infrastructure and connectivity across the developing world.

China’s approach is deeply hierarchical and increasingly coercive. The more dependent it can make other countries’ economies on its own, the more it can constrain them to its own advantage.

Nor does China’s theory of influence appear to be grounded in any values apart from the notion of economic development. It pays little heed to the domestic affairs of the countries with which it does business. It insists it is committed to noninterference, but many of its recent statements and actions call that pledge into question. In just the past few months, China has demanded that the NBA commissioner fire Houston Rockets general manager Daryl Morey over his tweet in support of pro-democracy protesters in Hong Kong; threatened that Sweden will “suffer the consequences” for awarding a prestigious literary prize to Chinese-born Swedish publisher Gui Minhai; and warned “there will be consequences” for Germany if it excludes Huawei as a supplier of 5G equipment.

Each theory of influence has its weaknesses. In America’s case, a foreign policy that aims to sustain a global order is inherently susceptible to overreach: a combination of superior power and problem-solving bent has led the US to overestimate its ability to mould the rest of the world in its image. In China’s case, slowing growth and burgeoning debt cast doubt on the durability of its state-centric economic model, and fundamental challenges such as demographic decline and environmental degradation are growing more acute.

Abroad, China’s transactionalism makes its base of support both shallow and vulnerable to political resistance. In addition, the example of its authoritarian system lacks widespread appeal: to the contrary, its repression of Hong Kong, its mass internment of Uighurs, its development of the world’s most sophisticated surveillance state, and its intensifying crackdown on political dissidents and foreign non-governmental organizations have sown growing alarm.

On balance, the US arguably has a more sustainable theory of influence. China has contributed significantly to building infrastructure in the developing world, but its vision of world order is parochial, ethnocentric, and hierarchical, and its infrastructure abroad is vulnerable to political headwinds and economic adversity. Its continued militarisation of the South China Sea, growing use of economic coercion, and conduct of “hostage diplomacy” have all undermined its “peaceful rise” narrative.

With few, if any, genuine allies, China faces a difficult road to claiming legitimate authority – an accepted and welcomed power position – in world politics. A 2018 survey by the Pew Research Center found that a median of 63% of respondents across 25 countries would prefer to live in a world with the US as the preeminent power; just 19% said the same about China.

Observers have long remarked that the US is trapped by reactive, short-term thinking, while China possesses a patient, long-term grand strategy. Yet while China surely has an extended time horizon, its theory of influence actually betrays a short-term approach, favoring immediate, coercive results over shared values and extended cooperation. Power is likely to be more sustainable when exercised within and reinforced by a shared system of mutual benefit.

The US helped to build precisely such a system in the form of a post-war, rules-based order, one that endures as a profound US competitive advantage. The Trump administration has undercut it: exiting from negotiations over the Trans-Pacific Partnership, abandoning the Iran nuclear deal, withdrawing from the Paris climate accord, derogating NATO, and effectively ensuring the expiration of the WTO’s appellate body, to name but a few. It has also embroiled the US in trade disputes with longstanding allies and partners and, with its profligate use of sanctions, incentivised those friends, especially in Europe, to fashion payment mechanisms that circumvent the reach of the US dollar.

Both the character of American power and its approach to building communities of shared interests provide it with significant advantages. As competition with China intensifies, abandoning them could be a self-inflicted blow.