In a climate of fear and repression, Bangladeshi hip-hop artists are caught between self-expression and survival. 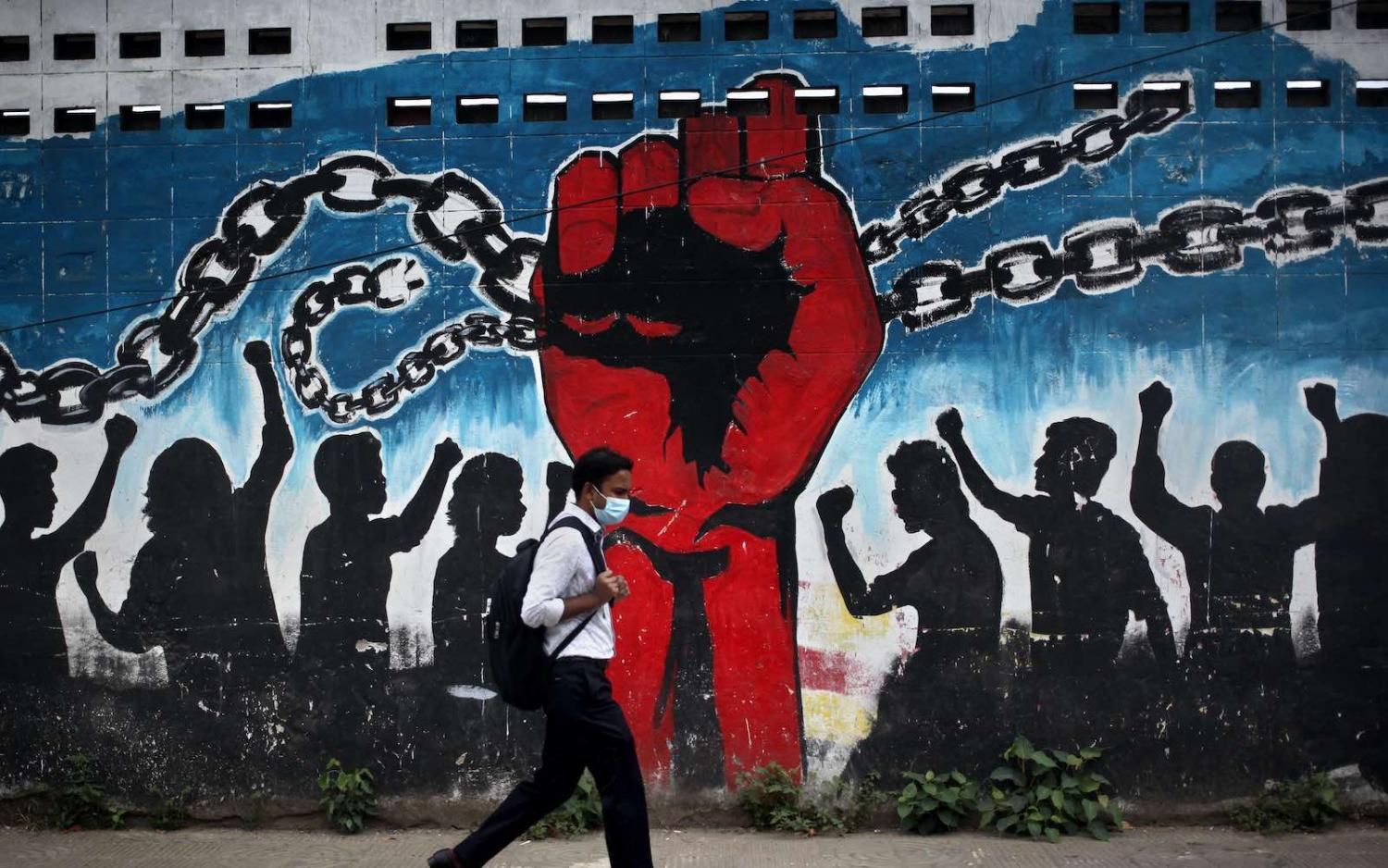 Songs such as Tupac Shakur’s “Trapped”, which talks about seclusion of black youths in American neighbourhoods, NWA’s “F**k tha Police” or Kendrick Lamar’s “Alright”, which underscore police brutality towards the black community, and Childish Gambino’s “This is America”, which criticises white nationalism and race-infused crime in America, became anthems of the Black Lives Matter movement.

While the music has its origins in the US, hip-hop artists elsewhere have also used their music and rhymes as a tool of protest.

During the Arab Spring, Tunisian rapper El General’s track “Rais Le Bled”, in which he says “Mr President … people have become like animals … We are living like dogs”, became an instant viral hit.

The music’s raw and political lyrics and locally contextualised rhythms can connect with audiences in a deeply personal way and act as a potent social critique, especially where the divisions between the powerful and the powerless are most pronounced.

Bangladesh is no exception. Bangladeshi hip-hop artists are rapping about suppression of free speech, religious intolerance, freedom of speech and democratic deficit, as I have written about before.

However, recent insights into the country’s rap music scene reveal that many are opting for self-censorship and metaphors to keep safe against the backdrop of a more repressive government following 2018’s flawed and controversial election.

This trend is hardly surprising – it reflects a wider pattern in which fear of criticising the government is palpable. In my own research, I have looked at how journalists in Bangladesh are using self-censorship as a form of protection from intimidation, harassment and harm.

They have good reason. A recent Human Rights Watch report states that during the Covid-19 pandemic, at least a dozen people including a female professor, a civil society activist and a cartoonist were sent to jail for criticising the government’s handling of the coronavirus pandemic. The notorious Digital Security Act was used to muzzle them.

Within this highly charged context, where the state is more powerful than ever, several leading rappers reveal that personal safety is now their primary focus.

A culture of fear and the shrinking of protest are signs of the time in today’s Bangladesh.

For example, one rapper who used to be known for explosive political songs in which he explicitly criticised lack of freedom of speech and the rising political violence in Bangladesh. In a recent interview, he said he is not keen to criticise the current rights situation.

“If I could not ensure my own safety, I cannot expect to get anyone by my side,” the rapper said. He also acknowledged that after understanding the complex security situation in the country, he compromised his original approach and chose to use metaphoric language in his songs.

Another hip-hop artist who likes to call himself a conscious rapper and has composed songs deemed as anti-establishment has also changed his approach. He admitted he now thinks twice before publishing any politically themed songs.

“I am afraid of releasing some of my songs because many incidents, such as forceful disappearances of the critics and opponents, are taking place. So I am genuinely afraid,” he said. “I am also worried about torture.”

He said his mother told him, “Tough times never last, tough people last, so this is the time of survival.”

Another artist said he has now changed his focus to produce more entertaining songs.

He asked one of the interlocuters, “Are you safe? Freedom of speech! Do you have this? How do you expect you will stay safe and also keep your freedom of speech?”

When he was asked to explain this further, he said, “If I explain my answer about whether I have freedom of speech or not, next time you won’t find me for giving the interview – I will be disappeared.”

However, there are some younger rappers who are seemingly less concerned.

A rapper called D Ruthless released his song “Bust the Police” in mid-2018, during the time of road safety movement, when police and the ruling party reportedly attacked protesters who were demanding safer roads. The song was loaded with political arguments, protest and criticism in foul, angry language.

Rapper Nizam Rabby, in a bilingual (Hindi and Bangla) song “Brasht” (“wrong”) released in 2020 and jointly produced with Indian rappers, addressed the murder and arrest of journalists, the culture of fear and lack of freedom of expression, impunity, absence of protection of life and human rights, carelessness of the politicians, and violence against women and so forth.

The state’s attack on critics is reflected in GxP’s recently released song titled “Atongko” (“fear”), where the artists says, “If we talk against injustice, the next day you will discover my beheaded body.”

In these two simple lines the singer has summed up why a culture of fear and the shrinking of protest are signs of the time in today’s Bangladesh. 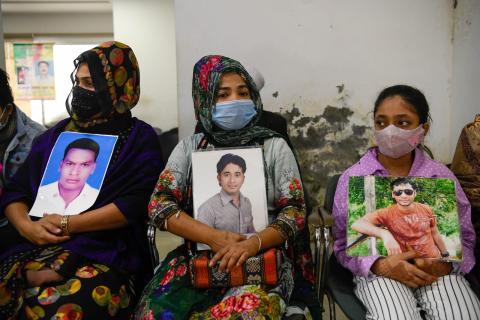 A coup in February sparked countrywide protests and challenged the region to respond.
Michael J Green, Andrew Shearer 6 May 2017 09:32