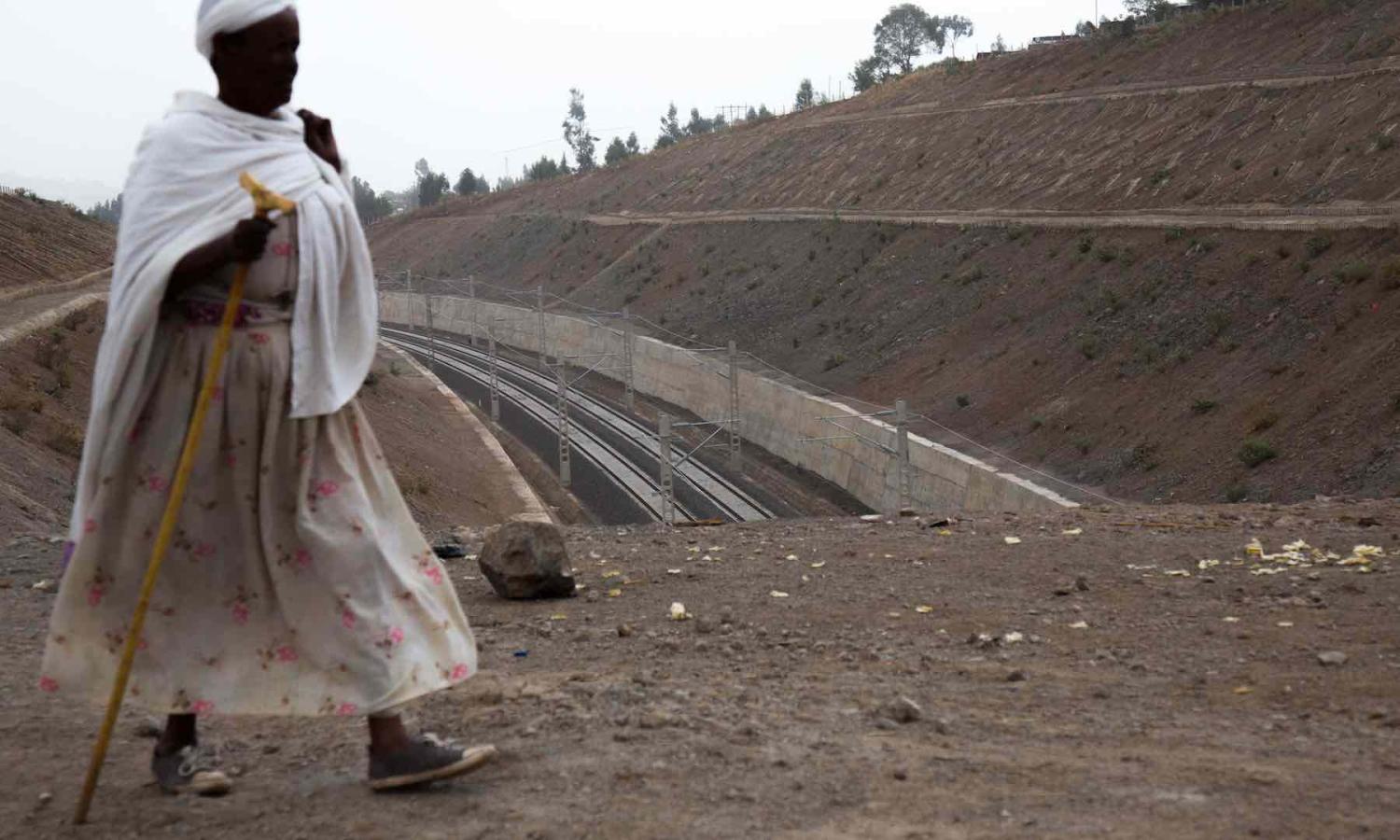 A new electric railway line connecting Djibouti and Ethiopia with investment from China (Photo: Eric Lafforgue via Getty)
Published 30 May 2018

As China’s commercial and military presence grows across Asia, Africa, and the Pacific, other major powers are growing increasingly alarmed about Beijing leading partner nations into “debt traps”. In response, at the recent Commonwealth meeting, the UK, Australia, New Zealand, and Canada (which together with the US make up the “Five Eyes” countries) pledged an extensive campaign of aid, trade, and diplomacy to counter China in the Pacific. This comes after reports of US deliberations over an alternative to the Belt and Road Initiative with Japan, India, and Australia.

In this intense web of great power competition, small yet strategically significant nations, such as Djibouti, Sri Lanka, and Myanmar, are typically portrayed as targets of China’s “imperialist” ambitions and ascribed little agency of their own. In reality, national leaders are quite cognisant of their countries’ importance, and play great power competition to their advantage.

Djibouti, enveloped by the Gulf of Aden and the Red Sea, is a textbook example. The country is home to little more than 800,000 people, but also to America’s only counterterrorism base in Africa and China’s first overseas naval base.

Although Djibouti is a long-time American partner, in November 2017 it announced plans for a strategic partnership with China. In addition to preferential loans, Djibouti is the beneficiary of major Chinese investments, including a free-trade zone poised to be the largest in Africa; major stakes in the Doraleh Multipurpose Port project; a US$4 billion natural gas project; a 750 kilometre-long railway linking Djibouti with Ethiopia; and two international airports.

China’s new military base in Djibouti has alarmed the international community, and just before he was fired former US Secretary of State Rex Tillerson bemoaned Chinese encroachment in the Horn of Africa nation. With capacity for 10,000 troops, the 90-acre facility is only kilometres away from smaller American, Spanish, French, and Japanese bases. In November, the People’s Liberation Army performed its first overseas live fire military exercise there.

Critics of these endeavours present two arguments. First, Beijing’s incursions unsettle the regional balance of power to the detriment of US security interests. Second, countries such as Djibouti are portrayed as victims of China’s malicious global zeal to entrap less developed countries in sovereign debt. The latter narrative is also applied to Chinese government lending, often with exorbitant interest rates, in Sri Lanka, Tajikistan, Kyrgyzstan, Laos, the Maldives, Mongolia, Pakistan, Montenegro, and the Philippines.

While each side raises valid points, both miss what should be obvious, ignoring the political and economic realities in these countries. These smaller states are hardly just vulnerable victims. In many cases, they leverage their geopolitical importance or natural resources to gain tremendous bargaining power.

Djibouti, for example, is ruled by an authoritarian political regime centred around President Ismail Omar Guelleh since 1999. Chinese money has helped Guelleh tighten his grip on national politics and economic affairs, purging opponents such as Abdourahman Boreh on corruption and terrorism charges later overturned by a London court. Those proceedings also exonerated DP World, the Dubai company Djibouti accused of bribing Boreh, although the UK ruling did not stop Guelleh from unilaterally terminating the company’s container terminal contract at Doraleh in February.

Guelleh may be overplaying his hand, however. The smell of bad business, coupled with corruption and bureaucracy issues, have soured attitudes in Beijing. Djibouti did not help matters by announcing it would retender contracts with China on two airports last October.

Djibouti is not the only country to prompt Chinese disillusionment. In Venezuela, where China sunk tens of billions of dollars into oil-based loans, dire economic and humanitarian conditions prompted Beijing to stop renewing them. Sinopec, China’s second-largest national oil company, also brought a $23.7 million lawsuit against Venezuela’s oil and natural gas company PDVSA for breach of contract and fraud last December. Last month, a grace period on $19 billion in Chinese loans lapsed.

Partner countries can also go to great lengths to court China. The Philippines has warmed to Beijing under Rodrigo Duterte’s violent and dictatorial presidency, despite territorial disputes in the South China Sea. Along with infrastructure loans, China plans an energy cooperation pact with the Duterte government.

Duterte has openly joked about China annexing his island nation. While visiting Hainan and Hong Kong in April, he demonstrated his willingness to overlook maritime disputes in exchange for Chinese economic support, which he sees as key to maintaining domestic support. As Duterte himself put it: “I need China!”

Amid Western condemnation of the Rohingya crisis, Myanmar’s leader Aung San Suu Kyi is similarly drawing on China’s diplomatic and economic support. Suu Kyi has visited China more than any other country since coming to power, and it represents both a political ally and development partner.

Far from helpless victims of exploitation, developing countries and their leaders have learned to use China to service domestic political agendas and mitigate policy pressure from Western counterparts. Not that China is acting out of altruistic benevolence; Beijing has enabled illiberal regimes with its principle of non-interference. However, the “debt trap” argument oversimplifies Chinese commercial diplomacy.

The Chinese firms at the forefront of the Belt and Road Initiative often prioritise business objectives and maintain relationships of complex interdependence with the state. For example, China Merchants, the company in charge of building Djibouti’s free-trade zone, is a publicly traded subsidiary of the state-owned group. Headquartered in Hong Kong, the firm is more profit-oriented than guided by Chinese foreign policy goals. In Venezuela, Sinopec sought litigation against PDVSA for non-payment even as the Chinese government extended Venezuela grace periods with favourable repayment terms.

In many ways, the prevailing narrative oversimplifies the motivations of the different actors involved in China’s commercial diplomacy and ignores the agency of smaller countries entirely. While those partner countries, such as Venezuela, may indeed find themselves overburdened by debt, they are hardly unwitting participants in some contemporary edition of the “Great Game”.

Taiwan's diplomatic allies, Trump takes on Iran, and anti-gay laws in Singapore: The week that was on The Interpreter.
Jason Israel 21 Apr 2020 12:00

If this is war, that Zoom call is part of the battle

If this is war, military planning says we’re all combatants, our mission is broad, and the battle is just beginning.
Roshni Kapur 24 Aug 2020 14:00