It’s all about Iran, right? Actually, the agreement has more to do with managing the US and China. 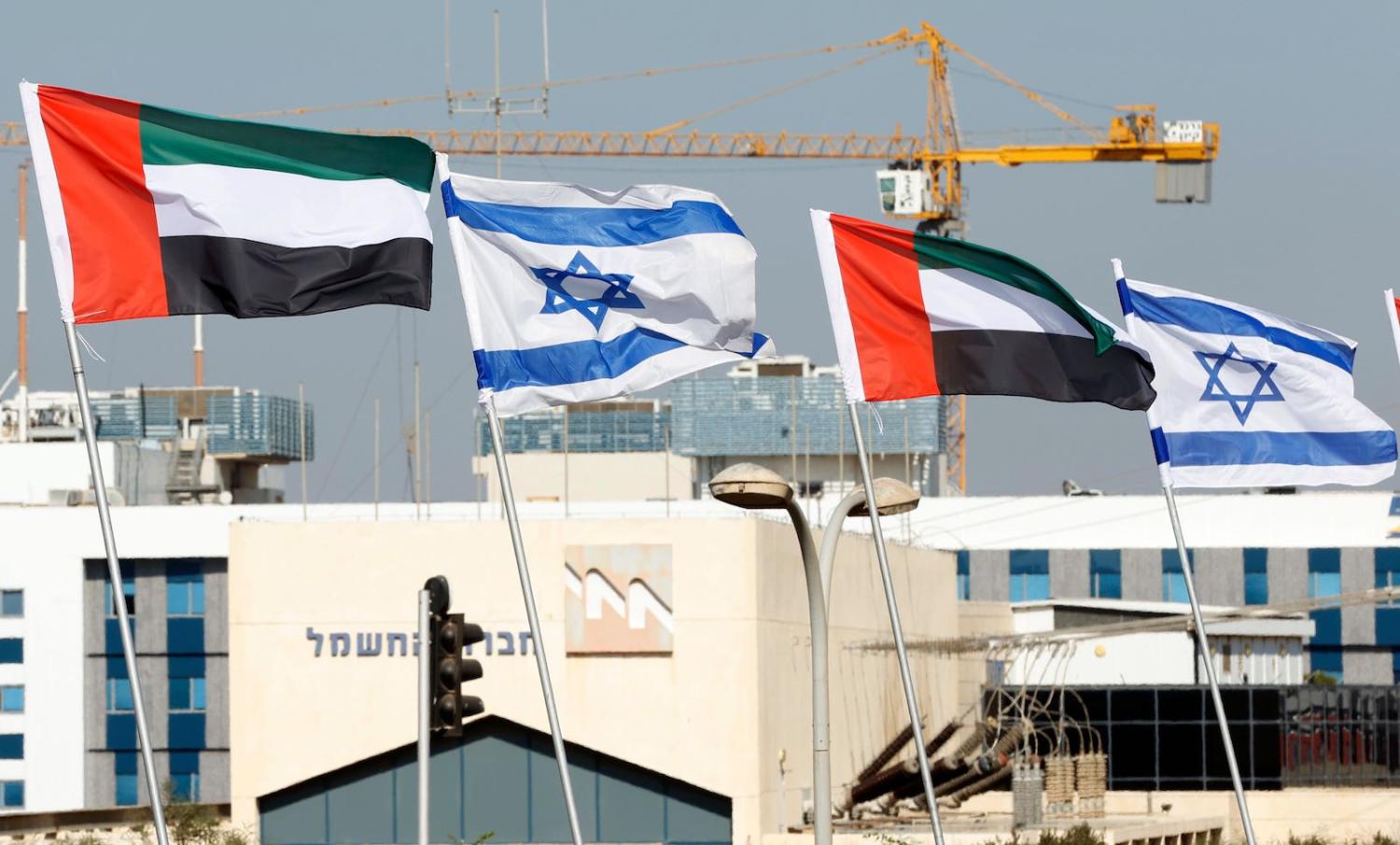 The main questions about the normalisation agreement between Israel and the United Arab Emirates announced a week ago are why did it happen and what will it change?

It’s pretty clear what US President Donald Trump and Israeli Prime Minister Benjamin Netanyahu get out of the deal – both leaders are domestically embattled and in need of a foreign policy win. But it’s harder to see what’s in it for UAE’s Crown Prince Mohammed bin Zayed (or MBZ, as he is widely known), who made the biggest concessions in the deal.

The conventional analysis is that it’s all about Iran: a shared interest in countering Iran has pushed Israel and the Sunni monarchs of the Gulf region closer together. It follows from this analysis that the main impact will be strengthened collective deterrence of Iranian aggression.

There are two problems with this explanation.

First, recent experience has shown that Abu Dhabi is less focused on challenging Tehran than is often assumed. MBZ has long been more worried by Sunni Islamists than by Shia Iran. Iran poses an external threat to the UAE, but the Muslim Brotherhood has shown – most notably in Egypt – that it can take power from within. This prioritisation has real-world consequences. The UAE – especially Dubai – maintains a relatively strong economic relationship with Iran. But since 2017, the UAE has driven a campaign to isolate and punish Islamist-friendly Qatar. That campaign has weakened efforts to build a united Gulf Cooperation Council front against Iran.

Second, it is unclear if and how more overt Israel-UAE cooperation can further deter Iran. The two states have already been cooperating covertly for decades. And Tehran has long assumed that the US, Israel and the Sunni monarchs are part of a coordinated plot to oust the Ayatollahs. Washington’s maximum pressure campaign has only reinforced that conviction and driven Iran’s own efforts to “establish deterrence”. The effect of crippling sanctions, coronavirus devastation and the killing in January of Qasem Soleimani (head of the Islamic Revolutionary Guards Quds Force) on Iranian decision-making has been mixed, at best.

That said, the normalisation agreement could see the US or Israel (or both) reward the UAE with hitherto denied military capabilities. There is speculation that Washington could relax its commitment to ensure Israel’s qualitative military edge and perhaps sell F-35s to the UAE, as Trump has reportedly pushed. But that process would take years and could easily be reversed by a future Administration. Congress, which takes a wider view of UAE foreign policy, would have to be on board.

Abu Dhabi’s growing doubts about Washington’s resolve and staying power have accelerated its growing ties with China. And those ties have only further strained its relationship with the US.

Abu Dhabi’s focus on improving its status in Washington provides the best explanation for the decision to normalise relations with Israel.

The UAE has worked hard to establish itself as Washington’s favourite Arab state, at least since 2006, when a proposal by Dubai Ports World to take over operations of six US ports, a deal supported by President George W. Bush, was scuttled by a Congressional revolt. To help restore its standing – and eclipse wealthier Saudi rivals – the UAE has built a state in which Westerners feel extremely comfortable. More importantly, it has pursued a muscular foreign policy backed by energetic diplomacy and a highly capable, battle-hardened military.

But Abu Dhabi may have overplayed its hand. The UAE had high expectations of the Trump administration but failed to enlist Washington in its campaign against Qatar, with which the UAE cut diplomatic ties in 2017 for allegedly supporting terrorism and favouring Iran. The US was frustrated by the UAE’s refusal to compromise with Qatar in the interest of building a common front against Iran. That frustration was compounded by the UAE’s refusal to publicly blame Iran for a June 2019 attacks on Saudi and Norwegian vessels in UAE waters. But the Emiratis saw their caution as vindicated three months later by the lack of any US response to Iranian attacks on Saudi oil facilities.

Abu Dhabi’s growing doubts about Washington’s resolve and staying power have accelerated its growing ties with China. And those ties have only further strained its relationship with the US. As UAE Foreign Minister Anwar Gargash recently suggested, Australia and the UAE have a common dilemma: a major security partner in the US and a major trading partner in China.

To improve its image with the next US administration (whoever wins), Abu Dhabi needs to realign with the US foreign policy consensus. But there are few foreign policy issues on which Republicans and Democrats still agree. The fact that one of those points of agreement is opposition to China has only added to the UAE’s problems.

While there are growing gaps between Republicans and Democrats on Israel, US support for Israel, and especially improved Arab-Israel relations, remains solid. That’s evident in the praise that was tweeted on MBZ by foreign policy influencers from all sides as soon as the UAE-Israel deal was announced. The UAE has gone a long way to restoring its standing in Washington and probably given itself more room to move with China. But managing US-China rivalry will remain a daunting challenge, even for the shrewd and capable Emiratis.

Previous Article
Book Review: The deadly legacy of the Cold War in the modern world
Next Article
The Hariri verdict and the fate of Hezbollah

‘I don’t think of Donald as a Republican president, I think of him as a businessmen. None of those effing politicians have a clue'
Jonathan Pryke 14 Aug 2017 16:00

Aid & development links: How rich are you? Ellen Johnson Sirleaf, the case for optimism and more

This week's links also include the case against linking corruption to poverty and how global income equality has shifted since the GFC.
Clive Williams 9 May 2017 15:53

The Australian budget and counterterrorism

One of the significant growth areas in the Commonwealth sector over the years since 9/11 has been the disproportionate increase in the number of highly-paid senior managers.