The bleak reality of sectarian Lebanon

As the Lebanese people are left to pick up the pieces of the 4 August blast, few have faith in the state to help. 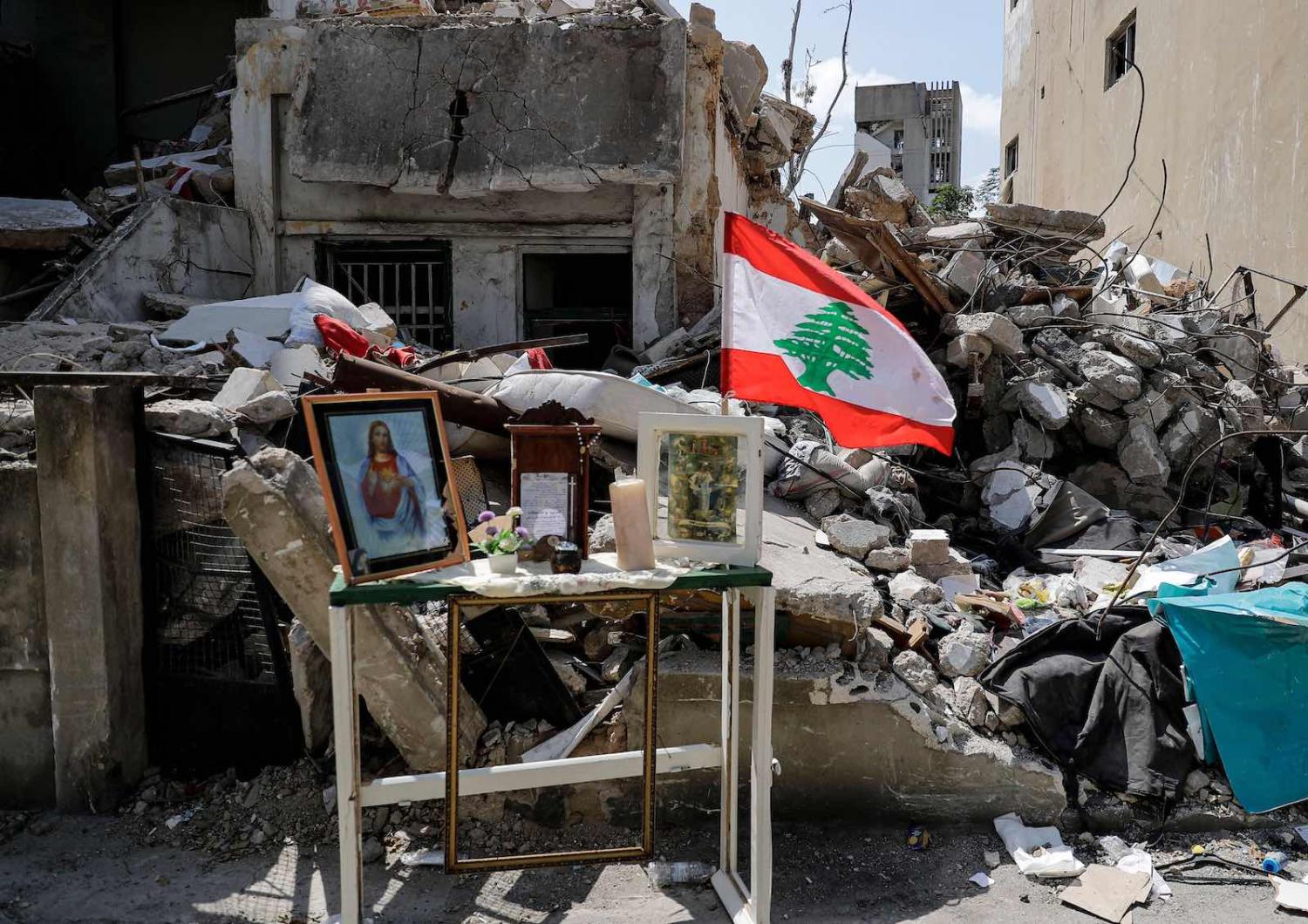 Respected Australian-Lebanese, Beirut-based journalist Rania Abouzeid tweeted last week that the Maronite Church was replacing windows destroyed in the Beirut blast – but only for Maronites.

Reactions were forceful and mixed. Some said that the claim was simply false, finding evidence of damaging sectarianism where there was none. Others saw it as a sad indictment on the sectarian culture that permeates Lebanon.

The Maronite archdiocese of #Beirut is replacing windows for free - but only for Maronites in blast-affected areas, & other religious groups are doing same. What abt people who simply identify as Lebanese & reject sectarian labels? We have to pay. No country for seculars #Lebanon

True or not, the suggestion that aid may be politicised in the aftermath of the appalling 4 August explosion surprised no one.

Inevitably, the sectarian political elite in Lebanon will exploit the current vulnerabilities in the deeply shattered community to shore up power via the same avenues they always have. It is the way reconstruction aid has been used in almost every historical conflict.

In the wake of the blast that has devastated this proud and beautiful city, rage and exhaustion with the dysfunction of the sectarian system has fuelled speculation that the Lebanese people may finally have had enough. Enough, that is, to pave the way for genuine reform of the confessional system that has propagated corrupt sectarian patronage networks to underpin even the most basic administrative functions of the state. Some have even talked about revolution.

The reality is much bleaker. The cabinet may have resigned, but the parliament has not. Remaking the confessional system – enshrined in the Lebanese constitution as a way of of carving up of the country to appease warring sects to finally put an end to the 30-year civil war – is no easy task. It will be like unpicking the Gordian knot. Meanwhile the leader of a technocratic cabinet in this new order, some sort of non-aligned secular benevolent leader who has the sanction of Iran and Hezbollah, France and Suadi Arabia alike, is essentially a unicorn.

As if to cruelly reinforce the futility of any search for accountability in Lebanon, right on the heels of the blast then followed the profoundly disappointing verdict in the Special Tribunal for Lebanon into the assassination of former prime minister Rafik Hariri. Fifteen years after another massive explosion that took Lebanon and the region to the precipice – and hundreds of millions of dollars later – the UN-backed court verdict landed like a puff in the breeze. One Hezbollah official was convicted in absentia (he was never even apprehended) for participating in a conspiracy to kill Hariri. Four others were acquitted, and, unsurprisingly, despite finding motive for the assassination, the court found no evidence implicating Iran-backed Hezbollah or Syria in the murder.

In the wake of the 4 August explosion, a few people will be sacked. Early elections will be called, but only after enough wrangling and fruitless talks to possibly settle on a prime ministerial candidate who can simultaneously guarantee the factional interests of political patrons while satisfying international sponsors demanding reform. In the meantime, with the government in caretaker mode once again, life will simply drift along.

As always, the Lebanese people are left to pick up the pieces, to sweep up the mountains of glass that have covered the city from windows of more than 300,000 homes lost. Relief efforts have been led by volunteers with the Lebanese Red Cross, funded through international and civilian donations.

All the talk about the need to overhaul the political patronage networks overlooks the sad fact that every bruising the Lebanese people sustain entrenches sectarianism at a local and cultural level.

The state – if you can call it that – has been notably absent in the aftermath of the blast that decimated nearly half this ancient capital. None of the political leadership has visited ground zero, the port site of the poorly stored chemical explosives (perhaps they fear being attacked – with good reason). The Army's role has mostly been to quell protests against the state with tear gas and rubber bullets. It will cost an estimated US$5 billion to rebuild. Yet the money squandered by the political elite – most of them are billionaires  – is nowhere to be seen.

With all the noble and sincere intentions to overcome divides and unify in their efforts to rebuild, few Beirutis are in the position to turn down assistance when it is offered from religious organisations and sectarian leadership with their own political agenda. The public is ripe for the kind of exploitation that is aimed to shore up sectarian allegiances at a local level and force vulnerable people into systems of dependence that keep the elite in power. All the talk about the need to overhaul the political patronage networks overlooks the sad fact that every bruising the Lebanese people sustain entrenches sectarianism at a local and cultural level. Every time the Lebanese people find themselves in need, they are left with nowhere to turn but to those whose very existence feeds on their dependency.

When I left Lebanon after five years in 2014, it was with a sense of guilt verging on disgust when I was discovered I had allowed sectarianism to creep into the way I conducted myself. In Beirut, every interaction can be framed in sectarian terms. To get even the most basic things done requires an understanding of who you are dealing with and an ability to navigate the sectarian divides. It is exhausting.

When I hear from friends back in Lebanon now, I don’t hear hope. There is even less sense now that anything will ever change. The youth, who wanted to reclaim their Lebanese identity in a way that reflected their secular values, are deflated.

Children of Lebanese migrants who fled the war 30 years ago have often told me they didn’t understand why their parents vowed never to return. They have embraced their Lebanese identity, the culture, and returned “home” frequently.

Worn down, these same young people now tell me the only way out of the whole broken system that has betrayed them so gravely is to leave, and turn their backs on a place so corrupted that they never want to return.

Covering the Covid shock on The Interpreter in 2020

Expecting a coordinated global divorce with China is imprudent – it may also be impractical.
Bonnie Bley 3 Jun 2019 09:00