The demographic influence in New Caledonia’s next referendum

Ahead of the second independence ballot, shifting demographics and past voting patterns offer insight into the result. 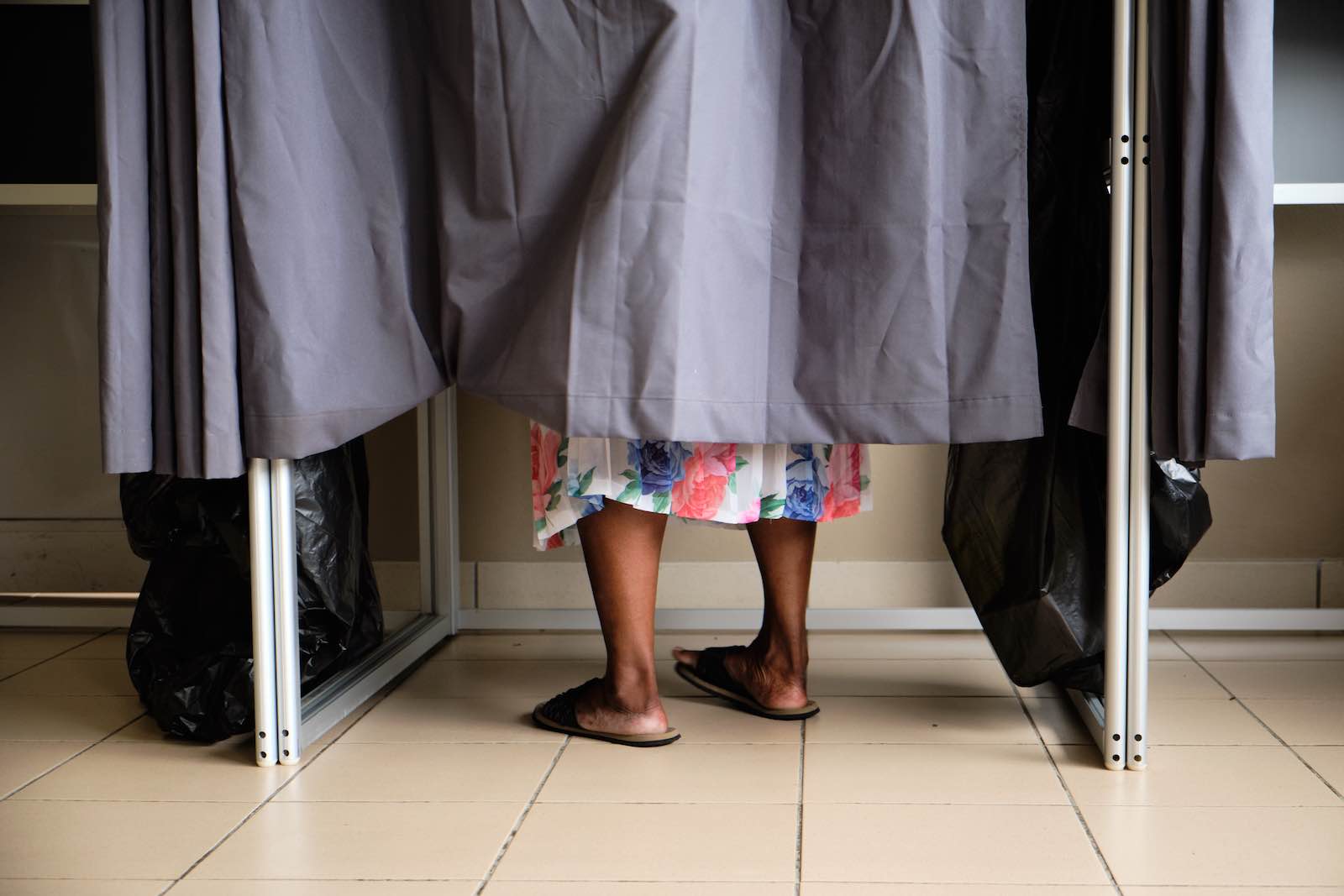 Voting in Noumea, New Caledonia, during the first round of mayoral elections in France in March (Theo Rouby/AFP via Getty Images)
Published 31 Aug 2020 06:00   0 Comments       Follow @AlexandreDayant

On 4 October, New Caledonia will hold a referendum on independence from France, the second in a series of three possible referendums agreed to in the Noumea Accord.

With voting day looming, a study of local demographics and past voting patterns offers an insight into the potential outcome of the upcoming ballot.

In 2018, 56.7% voters answered no to the question “Do you want New Caledonia to achieve full sovereignty and become independent?”. With a record high turnout (81% of voters cast a ballot) the result was closer than expected, as several polls predicted a “No” victory by more than 30 points. Despite a comfortable victory for the loyalist camp, it was the separatists that gave the impression of coming out victorious in the vote.

When looking back at the spread of the Yes/No vote across the territory, it is clear the southwest of Grande Terre was a non-independence bastion. The rest of New Caledonia was predominantly pro-independence, which aligns with the distribution of the Kanak communities in New Caledonia.

To assess the correlation between the 2018 vote for independence and the share of the population that identifies as Kanak, a projection was first made with demographic population data from the last available census in 2014 to 2018, the year of the referendum, using the annual change in population by communities between 1996 and 2014.

This resulted in the following distribution of population: in 2018, the Kanak group represented just under 40% of the population, 27% were European (mainly French), and almost 9% were from Wallis and Futuna. The rest either identified as Caledonian (also called “Caldoches”, predominantly European) or as “others” (i.e., other parts of the Pacific, from Indonesia to Tahiti, or multi-ethnic).

From here, it was possible to apply the rules for registration on the special electoral list for the 2018 referendum (LESC), removing 16% of general voters who did not qualify for the list, and excluding 17% of the population not of voting age at the time.

Finally, an analysis was conducted into the correlation between the results of the 2018 referendum per communes and the spreading of ethnic groups across the territory.

The results are striking, seen in the graphic. At the municipal level, the correlation coefficient – the statistical relationship connecting two variables – between the Kanak vote and the Independence vote was 96.1%.

Those who called themselves “European” by and large voted against independence, with a correlation coefficient of 91.7%. For their part, Caldoches and those classified by ISEE (New Caledonia’s Institute for Statistics and Economics studies) in the category “Other communities and not declared”, correlated by as much as 89% to vote no to independence.

Finally, the people of Wallis and Futuna, true to their role of being a balancing force in New Caledonian’s politics, had a correlation coefficient of 57.2% voting no to independence.

The results clearly show the strong divide in voters’ intention between ethnic groups in New Caledonia. The question that stems from here is how will these demographics, and by resulting voting patterns, influence the upcoming vote in October, as well as a potential third referendum in 2022?

While the official campaign for the second referendum on the independence started a month ago, it is clear that both camps still have work to do to both consolidate their basis and convince new voters to turn up.

The first thing to consider is the evolution of the population allowed to vote.

Registration on the special electoral list (LESC) for the forthcoming October referendum will remain mostly the same as that in 2018. While Caledonians of customary status (Kanaks) are systematically enrolled in the electoral roll, common-law people (not Kanaks) need to show they have arrived on the territory before 31 December 1994 and prove 20 years of continuous residence, or that they were admitted to the consultation which was conducted on 8 November 1998 which led to the Noumea Accord, or justify ten years of residence on that date.

The number of voters is expected to increase by around 6000 by the second referendum in 2020 and 12,000 in 2022, against a fertility rate of 21.4 per 1000 women and then accounting for the mortality rate. Data from ISEE doesn’t show which community is more represented in this growth.

Such numbers do not suggest a big enough cohort to drastically shift the results. Indeed, the difference in votes in 2018 was 18,535 (60,199 yes votes, and 78,734 no), so double the margin of new voters that will be on the electoral roll this year.

Keeping the voters’ patterns steady but allowing demographics to follow existing trends, the model put forward here doesn’t forecast a significative difference in vote outcome, neither in 2020 nor in 2022, with results orbiting around 45% no, 55% yes.

But demographics is not the only variable to consider this year.

In 2018, voters’ participation was 81%. With 35,232 unexpressed votes (explained in part by a stronger than average abstention in the îles Loyauté, a Kanak stronghold) and 2200 blank or void ballots, there’s roughly another 18,000 votes pro-independence leaders could tap into this year, assuming voting patterns fall across demographic lines.

However, while the electoral roll conditions have not changed, this year voters of common-law status (not Kanak) born in New Caledonia and who were resident for more than three years will not automatically be enrolled on the special electoral list for the referendum. This marks a clear break with the previous ballot and might play a role in this year’s vote by adding an obstacle for non-Kanak voters to register on the electoral list.

Finally, it is important to go beyond this schematic analysis. Despite a strong correlation in 2018, not all Kanaks are pro-independence, and not all non-Kanaks are loyalists.

While the official campaign for the second referendum on the independence started a month ago, it is clear that both camps still have work to do to both consolidate their basis and convince new voters to turn up.

For Australia however, whatever the result might be, the desired outcome remains unchanged: to see New Caledonia continue to benefit from “good stability” and “real prosperity” in the future, with or without France.