The Covid-19 crisis has been a major controversy, but almost every issue is divided on pro- and anti-independence lines. 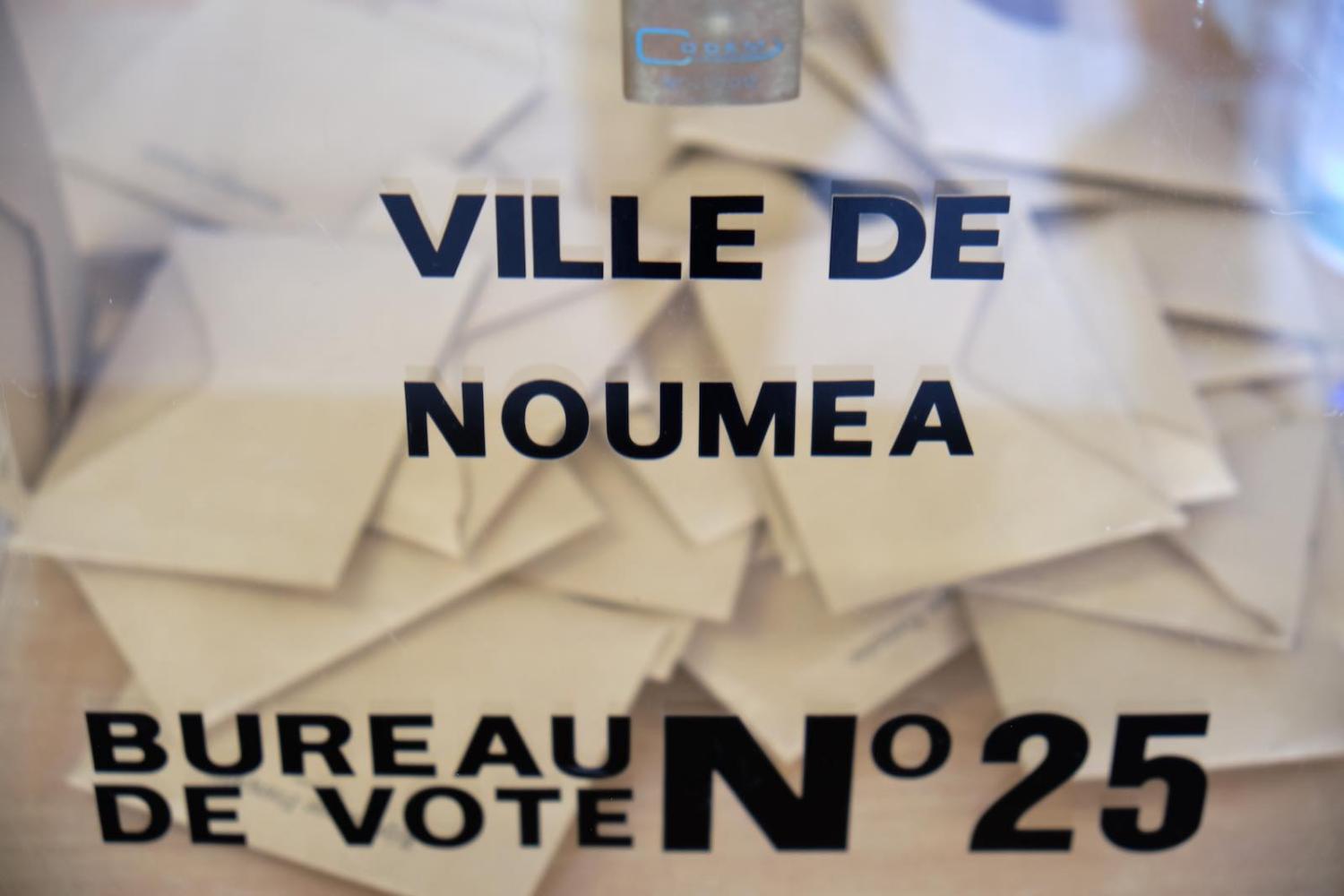 Ballots in the Magenta district of Noumea, New Caledonia during the first round of mayoral elections in France in March (Theo Rouby/AFP/Getty Images)
Published 15 Jul 2020

New Caledonia will vote again on whether to remain within the French republic on 4 October 2020. At the last such referendum, in November 2018, the result was 56.67% against independence and 43.33% in favour, with most indigenous Kanaks voting in favour and most non-Kanaks against, including a majority of those descended from French settlers (Caldoches) and from migrants from the nearby French territories of Wallis and Futuna and Tahiti.

Since the 2018 referendum, continuing tensions have centred on the outcome of the May 2019 provincial polls and mutual recriminations surrounding the government’s handling of Covid-19. The October contest will bring the territory midway through the potential three-referendum process envisaged under the 1998 Nouméa Accord.

New Caledonia originally became a French territory in 1853 and was initially used as a penal colony. The population today is around 270,000, with 39% Kanak and 36% of European or “metis” (mixed) ancestry. Since the 1870s, the territory’s economy has centred on nickel exports, and more recently on fiscal transfers from France. Owing to severe difficulties in the nickel industry over the past five years and now Covid-19, dependence on French assistance has become still more acute. The French Development Agency, l’Agence française de développement, loaned New Caledonia CFP 28.5 billion (approximately A$40 million) to handle the pandemic, a loan that New Caledonia has to repay over the next 25 years.

The May 2019 provincial elections, held under a proportional representation system, saw a major reconfiguration on the loyalist side. Until then, the dominant party had been Philippe Gomès’ Calédonie Ensemble (CE), but now a new hard-line anti-independence coalition, Avenir en Confiance (“Future with confidence”), led by the abrasive Sonia Backès, emerged as the largest group both in the southern province and in the territorial assembly.

Nevertheless, pro-independence parties still hold 26 of the seats in the 54-member territorial congress. The 28 seats held by anti-independence politicians include seven held by CE and three won by a new party, Eveil Océanien (“Pacific awakening”), which draws its support from migrants from the nearby Polynesian islands of Wallis and Futuna. Both parties have declared themselves in favour of New Caledonia remaining within the French republic, but Eveil Océanien notably backed the choice of pro-independence politician Roch Wamytan as Congress President (Speaker) in July 2019 in an “Oceanian vote”, a move which reinforced a sense of panic on the loyalist side in the wake of the relatively close 2018 referendum outcome.

New Caledonia has a “collegial” or power-sharing executive, which proportionally includes those parties represented in the territorial congress. These 1998 Nouméa Accord arrangements are classically “consociational”, in Arend Lijphart’s sense, since they also offer the parties veto powers (any party’s resignation automatically collapses the executive) and because both the Loyalty Islands and the Northern Province, where Kanak people predominate, have considerable autonomy.

Some anti-independence politicians have argued in favour of a federal system, with each province having different relations with France, but that would be in breach of the 1998 Nouméa Accord.

By contrast, the more heavily populated Southern Province, where the capital Nouméa is situated, remains under loyalist control. After a period of considerable government instability, the French state restricted parties’ veto powers in 2011, when it introduced an 18-month “grace period” during which governments cannot be ousted. The current loyalist-led territorial government’s grace period runs out in January 2021.

Some anti-independence politicians have argued in favour of a federal system, with each province having different relations with France, but that would be in breach of the 1998 Nouméa Accord, which provided that “one part of New Caledonia cannot achieve its sovereignty alone or retain different links with France if the results of the vote are any different to the overall vote”. If all three referendums were to yield anti-independence majorities, the Accord provides that the Nouméa arrangements, including power-sharing and powers devolved from Paris, “will remain in force at their final stage of development, without the possibility of going back, and this ‘irreversibility’ will be constitutionally guaranteed”.

The Covid-19 crisis has been a focus of major controversy in New Caledonia. The territory has had only 21 reported cases, and no deaths, but both pro- and anti-independence politicians have used the crisis either to make the case for greater self-reliance or to emphasise the necessity of economic dependence on France. When the French state sent 250 soldiers to New Caledonia at the height of the pandemic, customary authorities protested at the Tontouta airport and obtained the backing of the pro-independence leadership.

The intense feuds over the handling of the pandemic are a sign of the fact that almost every issue in present day New Caledonia, whether it be preferred provincial funding models, links with China or export of raw nickel ore, divides politicians along pro- and anti-independence lines. Any renewal of the Nouméa reconciliation process will require the political parties to step outside those boxes.

French and New Caledonian leaders have achieved some important steps in preparing for the 2018 ‘final’ referendum process.
Andrew Selth 13 May 2021 09:30

Urban dissidents trained by battle-hardened guerillas in the countryside could make things harder for the Tatmadaw.
14 Feb 2018 16:20