A strategic thinker and global leader, Japan’s prime minister was bold in foreign policy and politically strong at home. 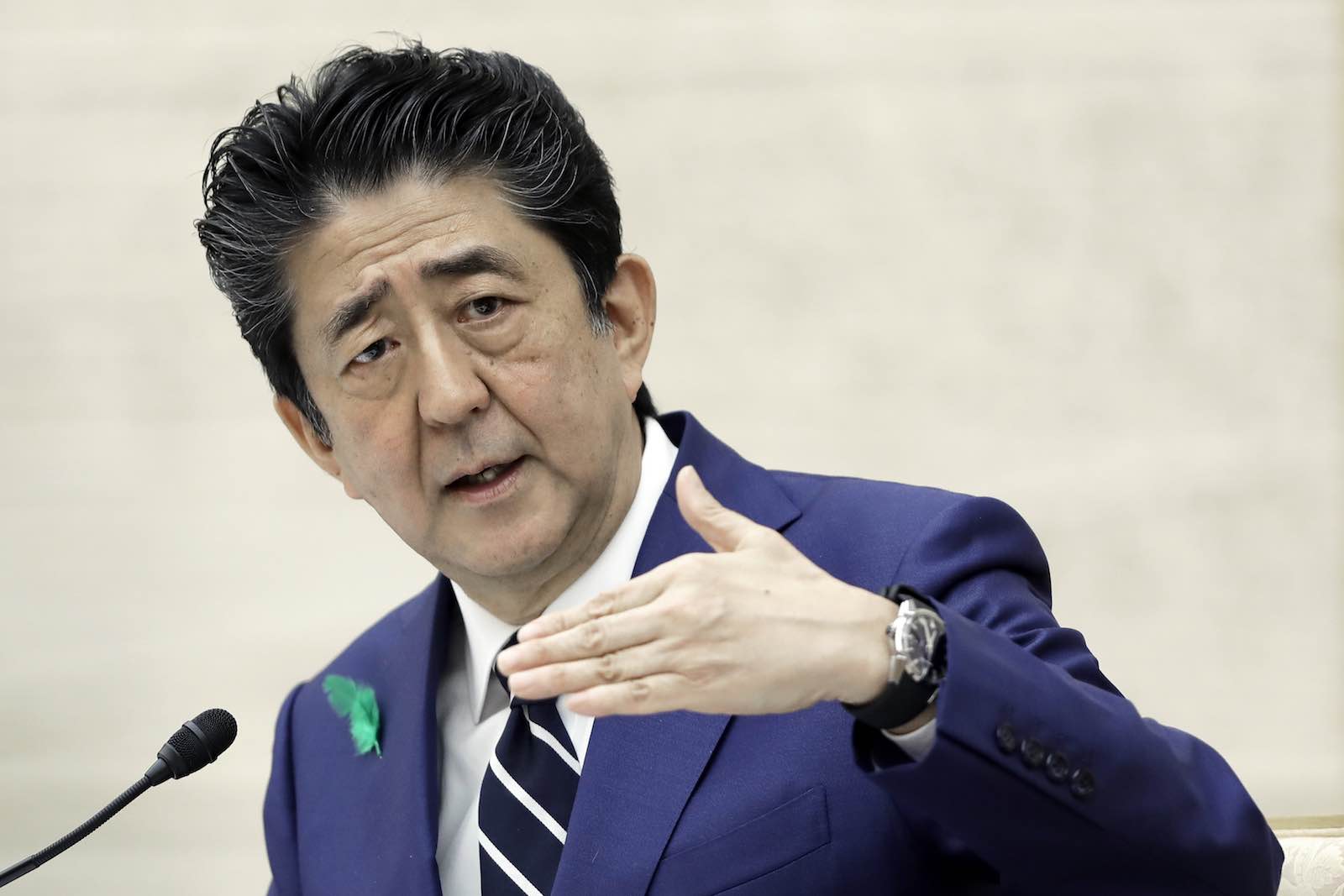 Shinzo Abe stands apart from many of his predecessors in the foreign policy arena (Kiyoshi Ota via Getty Images)
Published 30 Aug 2020 11:30   0 Comments

With Abe Shinzo’s unexpected announcement last Friday that he would step down as prime minister, Japanese politics stands at a crossroads. Abe became the longest-serving prime minister in Japan’s parliamentary history, with more than seven and a half years in office since he came to power second time in December 2012. More than a year out from when his current term was to expire, Abe has decided to vacate the position owing to a recurrence of the chronic bowel disease that also became the reason for his resignation in 2007 after a year in office in his first stint as prime minister.

While speculation began to surface last week about Abe’s future after his two visits to hospital within a few days, his announcement nevertheless was unexpected and surprised many. Hardly anyone saw the history repeating and the second Abe administration ending for the same reason as the first in 2007. Abe will stay in his position until his successor is chosen, which might take a few weeks as the party will need to choose the new president who, by virtue of the LDP’s majority in parliament will become the next prime minister.

While critics would rightly point out Abe’s failure to achieve any of his major goals, Abe should be recognised for his consequential and bold policies both in the domestic and international arenas.

To be sure, Abe’s popularity was declining. He was under immense pressure due to his administration’s unsatisfactory handling of the coronavirus crisis. He also came under the spotlight after several scandals plagued his government, leading to ministerial resignations, and he himself never had provided satisfactory answers to his own alleged involvement in unethical practices. But none of these challenges could have unhinged Abe, as the political opposition in Japan remained weak and fragmented, and no other leader in the ruling party was willing to challenge Abe. He had demonstrated his skills by winning all parliamentary elections since 2012 and providing political stability.

Abe wanted to move mountains and had set himself on an ambitious and difficult path to amend the postwar constitution, settle territorial disputes with Russia and sign a peace treaty, and bring back Japanese abductees from North Korea. Abe had made some progress but could not achieve any of his desired goals. Many would consider these as Abe’s failures, but the fact that he took bold steps to resolve some extremely difficult and complicated issues demonstrated his strong leadership.

When Abe took office in 2012, he inherited a decade-old sluggish economy which was further crippled as a result of the triple disaster in March 2011 of earthquake, tsunami and an overload at Fukushima nuclear power plant. Abe focused on economic recovery by introducing his famous “three arrows” of fiscal stimulation, monetary easing and structural reform policies, known as Abenomics. It injected a new life in Japan’s economy with the stock market soaring and global confidence restored.

Abe stands apart from many of his predecessors in the foreign policy arena. He managed his US and China relationships to his country’s advantage by remaining a staunch ally of the United States and cultivating a friendly relationship even with President Donald Trump.

Although tough on China, Abe avoided open confrontation with Beijing and indeed tried to engage China. He visited China in 2018 and was ready to host China’s President Xi Jinping in April, a trip which was cancelled due to the pandemic. However, Abe understood the tense strategic environment arising from China’s assertive and aggressive behaviour in the neighbourhood and elsewhere. Under his leadership, Tokyo was not afraid of making bold policy changes by legislating new laws giving more powers to Japan’s Self-Defense Force allowing to participate in collective self-defense and increasing its defense spending.

Abe’s single most important contribution lies in constructing a new strategic framework connecting the Indian and Pacific Oceans and the two continents of Asia and Africa through his “Free and Open Indo-Pacific” (FOIP). Among others, the Trump administration has also embraced FOIP, which Beijing considers as anti-China.

While critics would rightly point out Abe’s failure to achieve any of his major goals, Abe should be recognised for his consequential and bold policies both in the domestic and international arenas from Abenomics to FOIP. The timing of his departure from the political scene is unfortunate as Japan faces many uncertainties caused by the global pandemic, including the staging of the postponed Olympics.

Now a race to replace Abe is truly on. Regardless of who succeeds him, there is unlikely to be any major change in foreign policy. But there will be immense pressure on the new leader to revive the economy and deal with the coronavirus crisis effectively. No easy task.

In the meantime, we all need to wait and watch and hope that Japan does not enter into another period of revolving door prime ministers, a scenario that preceded Abe’s second entry in 2012. That would be disastrous for Japan and for Japan’s friend and partners.