Dispute over a US call for pre-2015 Iran sanctions has pushed the Security Council to its limit. It’s been there before. 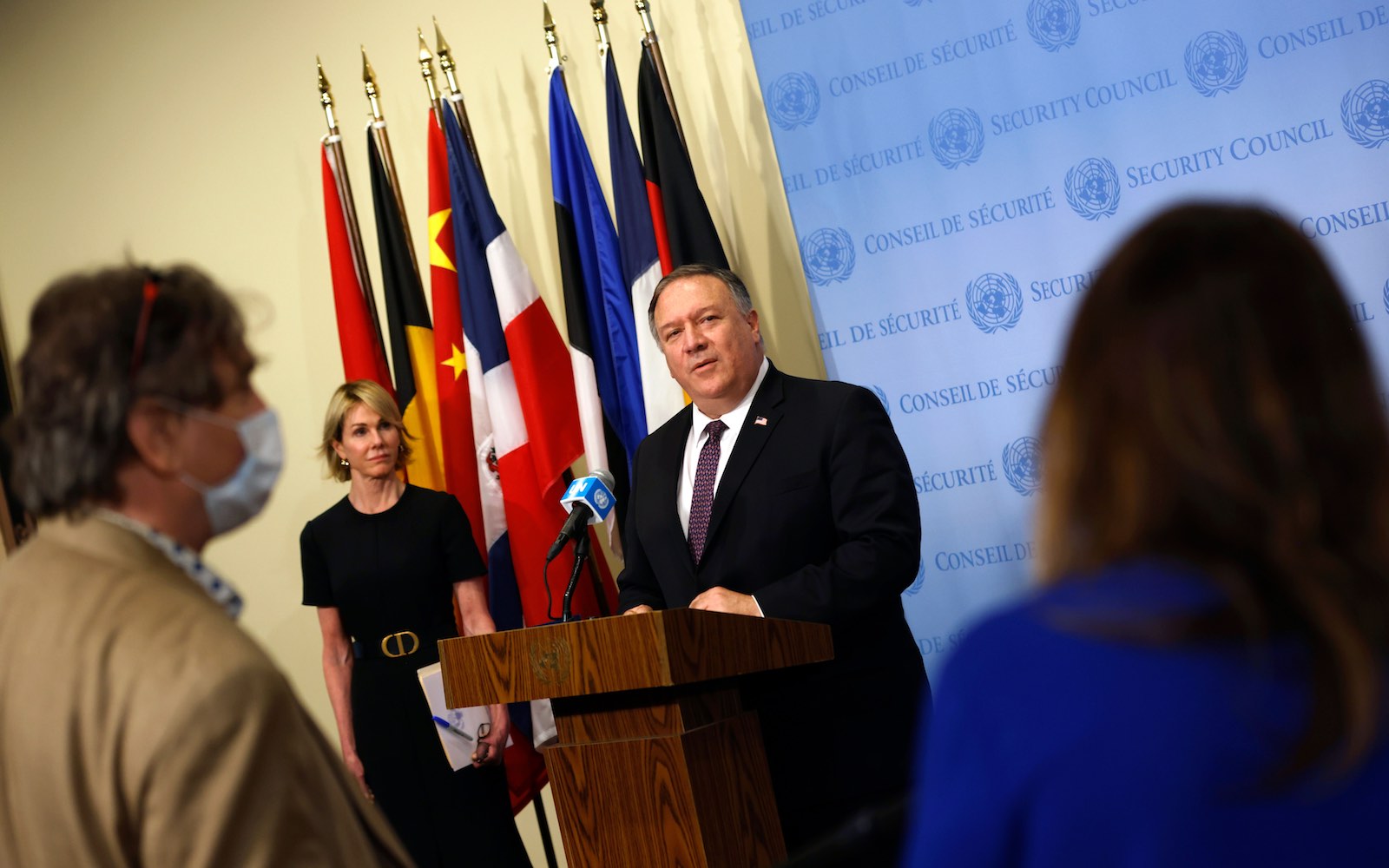 After the United States experienced a rebuff at the United Nations last week – with almost the entire membership of the Security Council rejecting its attempt to re-impose UN sanctions on Iran – US officials warned that the dispute could lead to a major crisis in the Council, damaging the institution’s authority.

They are not alone in this analysis. Russian foreign minister Sergey Lavrov, a vocal critic of the US sanctions drive, has accused Washington of risking “a very serious scandal and rift” at the UN.

But these dire predictions may prove to be exaggerated.

The argument pivots on the US claim that, acting on the UN resolution that endorsed the 2015 Iranian nuclear deal (the Joint Comprehensive Plan of Action, or JCPOA), it can demand the reactivation of UN sanctions resolutions on Iran that were terminated as part of the bargain. The negotiators of the deal agreed on a complex process to “snap back” these resolutions if Tehran broke its commitments and other dispute resolution mechanisms failed. (A recent International Crisis Group report looks at this process in detail.)

When Secretary of State Mike Pompeo announced the US was triggering the snapback process on 20 August, most of other Council members responded dismissively, for the simple reason that the Trump administration quit the JCPOA unilaterally in 2018. While the US has made a legal case that it retains the standing to initiate snapback, even its European allies at the UN argue that it has forfeited its right to do so in practical terms. They suspect that the Trump administration’s real goal is to provoke Iran to renounce the JCPOA, and so kill the Obama-era deal.

While Pompeo was laying out the US case in New York, Britain, France and Germany – the European signatories of the JCPOA – released a statement rejecting the move. Overall, 13 of the 15 Council members have informed the Indonesian UN ambassador, the current president of the Council, that they did not believe the US had the standing to trigger snapback. The one member left in the US camp is the Dominican Republic.

What happens next? The Council has 30 days to debate the topic, but it is hard to see serious diplomacy taking place now. In theory, under the rules of the snapback process, if the Council does not agree to maintain the termination of the pre-2015 sanctions resolutions – which centre on military imports and exports, as well as individual travel restrictions and a total ban on uranium enrichment – they will come back into force on 20 September. While the US will claim that those conditions apply, and its allies in the Persian Gulf may support the notion, most of the wider UN membership will not.

This will lead to a surreal situation in which the US and other Council members talk past each other about what sanctions are in force. This scenario will create headaches for UN officials handling sanctions and the Middle East. But it is hard to say if it will cause a bigger crisis at the UN.

The Europeans for now seem more inclined to believe in a Biden victory, and thus see the main challenge as holding off Trump’s attack on the JCPOA until next year.

Some diplomats fret that the Trump administration, which has a track record of boycotting multilateral organisations that irritate it, such as the World Health Organization (WHO), could respond by trying to disrupt other Security Council business. Yet there are limits to how disruptive it can be before it starts harming US interests in other areas. It is hard to imagine, for example, the US breaking off talks with China and Russia over the sanctions regime on North Korea – on which the three powers grudgingly cooperate at the UN – out of spite over Iran.

The US could threaten to withhold funding to the UN secretariat’s political, peacekeeping and disarmament branches to demonstrate its dissatisfaction over Iran. The UN is already struggling financially, so such a move would make the long-suffering Secretary-General António Guterres’s life even more difficult. But it would also be a propaganda win for the Chinese and Russians, which will take every opportunity to use this crisis to argue the US cannot be trusted at the UN.

The snapback spat will doubtless hurt relations between the US and its European counterparts at the UN, but their cooperation has not been that great during the Trump presidency anyway. In July, the US blocked a German resolution calling for a new UN envoy to deal with climate change and security. This month, the Americans threatened to veto the continued deployment of peacekeepers in southern Lebanon, a French priority, on the grounds that the Blue Helmets are soft on Hezbollah. Even the UK, usually the closest US ally in New York, has been frustrated by Washington’s failure to invest in UN diplomacy over Libya and Yemen.

While European diplomats expect the snapback debate to be messy, and speculate that Washington could also use tariffs and other economic measures to put pressure on those who oppose its efforts, the US has alienated its partners to such an extent that they appear willing to endure some additional unpleasantness. They might be warier if opinion polls suggested that Trump was on track for victory in this year’s presidential elections. But the Europeans for now seem more inclined to believe in a Biden victory, and thus see the main challenge as holding off Trump’s attack on the JCPOA until next year, when it may be possible to rebuild diplomacy over Iran with a new administration. If Trump wins, the JCPOA is dead anyway.

Some argue that the snapback debate will undermine the Security Council in other ways. The spectacle of council members bickering over sanctions on Iran could inspire some states to question the validity of other sanctions regimes. African governments have, for example, criticised council measures against countries like South Sudan that do not enjoy regional support, and could use the uncertainties over Iran to re-litigate these issues. But as the snapback mechanism is unique, the dispute offers little real ammunition for such arguments.

More fundamentally, this debacle raises longer-term doubts about the Council’s value as a venue for endorsing compromises among the big powers in an increasingly fragmented international system. The Iran deal’s negotiators believed that by embedding the agreement in a UN resolution they could better guarantee its implementation. If the Council cannot resolve its differences over snapback one way or another, the Council’s status as guarantor of such complex agreements will suffer.

Nonetheless, it is probably wise to see the snapback dispute as just one of the recurrent diplomatic breakdowns that have punctuated UN diplomacy on issues from the Balkans to Iraq and Syria since the end of the Cold War. Each time Council members hit an impasse, commentators hurry to say that the UN has reached a decisive or disastrous turning point. Yet time after time, Council members – and above all the Permanent 5 – manage to patch over their differences after a cooling-off period.

The Security Council may suffer a split over snapback, but it is unlikely to be terminal.