Australia’s nominee for a vacant seat offers states a chance to strengthen and renew the Court at a critical juncture!! 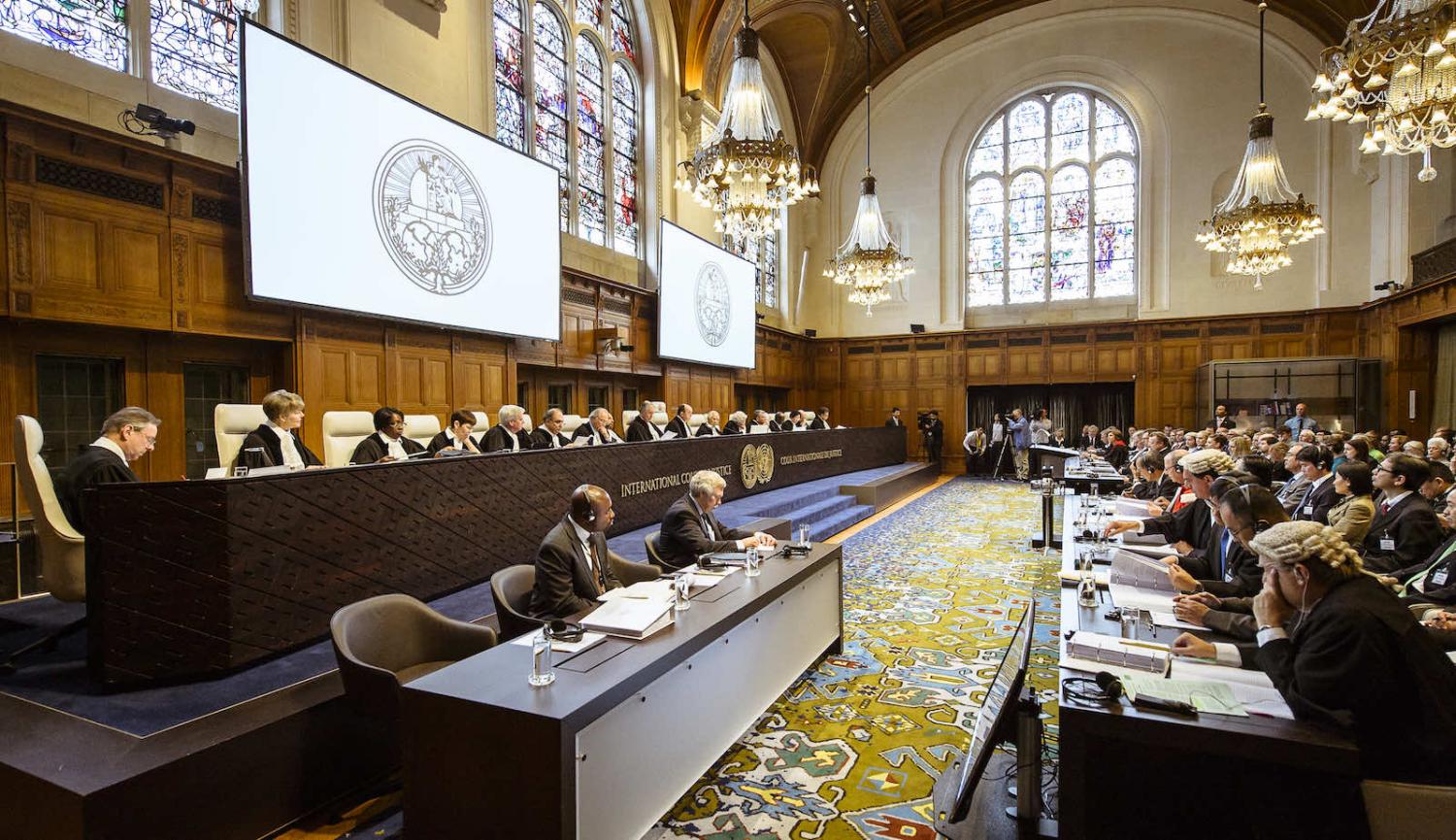 Judges of the ICJ, including Hilary Charlesworth as judge ad hoc, at the opening of the public hearings on 26 June 2013 in the case concerning whaling in the Antarctica, Australia vs Japan (UN Photo/ICJ-CIJ)
Published 13 Oct 2021     Follow @FleurEJ

In the early 20th century, the Peace Palace in The Hague – seat of the International Court of Justice (ICJ) since 1946 – was envisioned as “a sort of holy place”, “prized … by thinking men throughout the world … to which, in … danger of war between any two countries, the minds of men would turn”. Today, this talk of “thinking men” sounds retrograde (implying the exclusion of women and those men deemed “unthinking”, many at the time still enslaved as a matter of national law). Nonetheless, there was always something radical, even other-worldly about the idea of states submitting their most high-stakes disputes to a panel of 15 independent judges, expert in the world’s principal legal systems.

With the very worldly event of an ICJ election imminent (to fill a seat made vacant by the death of Judge James Crawford), United Nations member states have a chance both to affirm and renew the ambition of that vision. Current nominee, Hilary Charlesworth, Harrison Moore Professor of Law and Melbourne Laureate Professor at the University of Melbourne, and Distinguished Professor at the Australian National University, is uniquely qualified to aid that renewal.

The ICJ is a very particular court, composed by and for purposes of resolving disputes among nation-states and to issue advisory opinions on legal questions posed by authorised international organisations.

Moreover, as the principal judicial organ of the UN, the ICJ holds extraordinary symbolic significance. Members of its bench serve, per the ICJ Statute, as “independent judges” elected “from among persons of high moral character”. They must “possess the qualifications required in their respective countries for appointment to the highest judicial offices” or “recognised competence in international law”. Collectively, they must ensure “representation … of the principal legal systems of the world”.

Its caseload is replete with the thorniest issues confronting the globe and recent ICJ elections evidenced fundamental geopolitical realignment underway.

Under the UN Charter, all UN members states are automatically parties to its constitutive instrument, the ICJ Statute, and undertake to comply with its rulings when party to disputes submitted to it – submission that is contingent upon states’ agreement. Nominations of individuals for judicial election are, however, one step removed from states’ grasp. Candidates are nominated not by national governments but by individuals comprising “national groups” with varying degrees of independence from government. The process then moves to the UN: the Security Council and General Assembly vote concurrently but independently until an absolute majority in each body has selected the same candidate.

Charlesworth has been nominated by Australia’s national group to fill the remainder of the term for which Crawford was elected, expiring in February 2024. The Greek national group has also nominated a candidate, Linos-Alexandre Sicilianos, Professor of Law at the University of Athens and a former President of the European Court of Human Rights. Less than a month after Crawford’s untimely death, the UN Security Council set 5 November 2021 as the date upon which states would vote to fill this vacancy. This comes at a critical juncture for the institution; its caseload is replete with the thorniest issues confronting the globe and recent ICJ elections evidenced fundamental geopolitical realignment underway.

In this context, Charlesworth’s candidacy has several noteworthy features. First among these is her prior experience as judge of the very court to which she has been nominated. Charlesworth has been appointed judge ad hoc in two contentious rulings of the ICJ: Arbitral Award of 3 October 1899 (Guyana v. Venezuela) and Whaling in the Antarctic (Australia v. Japan: New Zealand intervening).

Charlesworth’s election would preserve a sense of the ICJ’s imperviousness to political vagaries. That is because it has been longstanding practice, in the great majority of cases, for an ICJ seat vacated by death or resignation to be filled, for the remaining term in question, by a nominee of the same nationality as the departing judge, even in the rare instances of such elections being contested. That practice was upheld, for instance, after both US- and Chinese-nominated judges resigned in 2010, and more recently, in 2018, when a Japanese-nominated judge resigned mid-term.

As a common law-trained jurist, Charlesworth’s election would also help ensure the Court’s representativeness. Only four of the 14 current judges are common lawyers while around 40 of the 193 states of the world have common law systems; a significant number more have hybrid systems incorporating common law features. Given her regional engagements – through the Asian Society of International Law, for example (where she served on the Executive Council) – Charlesworth is highly attuned to this jurisprudential diversity.

Recognition notwithstanding, Charlesworth has consistently shown herself beholden to no one. Her playfully titled 1993 article on feminist legal scholarship, “Alienating Oscar”, took its name from colleagues’ reported alarm that her questioning of international legal orthodoxy might alienate the eminent international lawyer Oscar Schachter. In fact, the argument landed well with Schachter, evidencing Charlesworth’s skill at engaging diverse audiences with the acuity of her analysis.

It would be more than 50 years before “thinking men” turning to the ICJ would face a female judge, after Rosalyn Higgins was elected to the Court in 1995. Today, three among the 14 ICJ judges are women.

If elected, Charlesworth would be only the fifth female-identifying person elected to its bench in the ICJ’s 76-year history. With Charlesworth’s nomination, UN members have an opportunity to advance efforts against persistent inequality, while gaining a jurist of the utmost prowess.

Lessons of globalisation: the vulnerable women of the Nokia factory

A technology giant transformed a small village in India promising jobs, yet at a cost to female workers that lingers.
Dougal Robinson 11 Dec 2017 06:10

Many Republicans privately resent US President Trump for passing responsibility on the Iran deal to Congress.
Sheikh Saqib 15 Jun 2020 11:30