The shadow of Abe

The contentious changes brought about by the former prime minister will be debated for years to come. 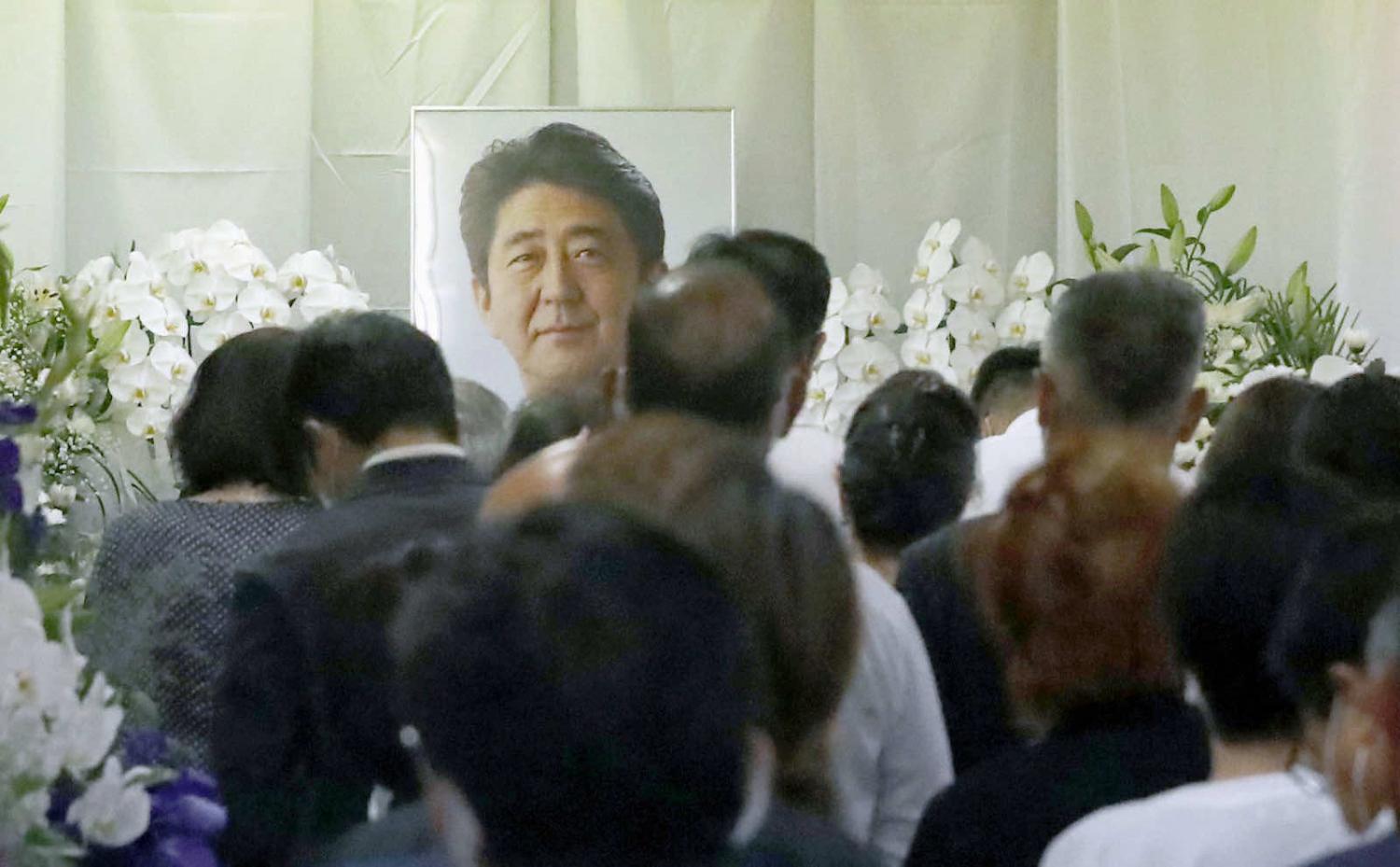 From the breaking news notification in Japanese media around 11:30 in the morning on 8 July to vision a few days later of his hearse driving by the institutions of party and government in Tokyo’s political district Nagatacho that Abe Shinzo was shaped by and that he ultimately re-shaped during his tenure as Prime Minister, the sense of shock across the nation remained palpable.

Having finished classes for the day, and with a rare afternoon free of meetings, I was scanning political party websites for the Friday schedules of appearances by leading members of parliament to join their candidates on the husting in what was the second-last day of campaigning for the upper house election. After spending time in Nara and Kyoto, I noted Abe was due to appear in the evening just north of Tokyo, kind of on my way home. So I pencilled the time in the diary.

I’d already been to Tachikawa, western Tokyo, on day one of the campaign to see Abe and another former PM, Suga Yoshihide, as well as Tokyo Governor Koike Yuriko, there to support candidacy of her former advisor. When it comes to Japanese elections, going “on the hustings” has been an integral part of my research since Abe’s father was foreign minister in the 1980s. It is a standard, mostly unremarkable, component of Japanese elections.

By early afternoon that Friday, however, it was apparent that Abe was unlikely to make it. At 5:45pm the country was notified via newsflash that he had been pronounced dead from gunshot wounds. Gunshot wounds. That was the phrase most of us took time to come to terms with, “gunshot”, in Japan, during something as commonplace as a campaign event, at what looked like a comparatively small gathering.

In the hours and days following, as has been prefaced by everyone regardless of politics, supporter or critic, no death under such circumstances is justified. Many Japanese people and long-term political observers are still trying to make sense of this, beyond the headlines, while the world moves on. It has the element of surrealist atmosphere that surrounded the death of the Showa Emperor (Hirohito) in 1989 (for which I also happened to be in Japan at the time). Abe’s legacy at his death, just as at the time of his retirement in 2020, presents challenges in how to both laud and critique what he leaves behind.

The domestic underlay of that magic carpet ride on the Quad, for example, hailed by so many as a masterplan of Abe’s statesmanship, is tempered by a fraying of democratic principles, the lack of accountability of government actions, and scandals, that continue to leave members of the public unsettled. For close observers, the fact that Abe sought to emulate his grandfather, Kishi Nobusuke, rather than his father Shintaro’s generation of post-war political leaders, for whom Japan’s status as a peaceful, democratic nation was more nuanced than Abe’s seeming impatience to return Japan to a more prominent status.

I have for some years now closely observed the shift in regional cooperation between Japan and Australia from a longstanding “shared democratic and free market values in the Asia-Pacific region, as an ally and partner of the United States”, to “a special strategic partnership in the Indo-Pacific”, bolstering military cooperation despite domestic public opposition as well as serving to antagonise regional relationships.

My current research here in Japan includes an examination of the commonalities of the political cultures of both Australian and Japanese governments that have led to this military-strategic turn in the relationship, how a trend to a radical conservatism has been apparent, when other opportunities for cooperation might have prevailed.

Political campaigners and supporters of all persuasions were determined that Abe’s death should not mar what many saw as a key part of the nation’s democratic practice.

My return to work in Japan in 2016 was in part motivated by a need to watch Japan’s political machinations once again from the front row, to observe for myself the apparent contradictions between then PM Abe’s nationalist, pro-constitution revision push versus the ongoing preference of the majority of the population to maintain the Article 9 peace clause. The 2012 election slogan “Nippon wo torimodosu” was simultaneously vague to appeal across a wide range, while pointing to a determined “Take back Japan” entreaty by Abe and its multiple levels of meaning.

As someone whose extended observance of Japan’s politics has inevitably been coloured by the all-pervading presence of Abe, these few words here are but a first reflection, an initial reckoning of the changes brought about by this one man’s belief that his grandfather’s political intuition was the right one for Japan. That, of course, is the contention that will be debated for some years to come.

On Saturday, the day before the election, like most others, I was back out on the hustings. Political campaigners and supporters of all persuasions were determined that Abe’s death should not mar what many saw as a key part of the nation’s democratic practice. There was, naturally, a sense of heightened tension. But at the close of campaigning at 8:00pm, people prepared to vote on Sunday at the nation’s polling places, turnout up a little, the anticipated win by the ruling party confirmed shortly after polls had closed.

At the time of writing, the details of the alleged suspect’s motives dominate the daily news cycle, the Abe government’s association with several religious groups including the Unification Church and its affiliates, will warrant more investigation.

Abe was posthumously awarded the country’s highest honour, “The Collar of the Supreme Order of the Chrysanthemum”, the fourth person to achieve the recognition, joining the company of former prime ministers Yoshida, Sato (Abe’s great uncle) and Nakasone. Last week, Prime Minister Kishida Fumio announced Abe would be farewelled in a state funeral in the northern autumn, at the Budokan. So much is still yet to be written.

Since it began in 1996, the Doha-based, state-funded broadcaster Al-Jazeera has managed to anger every major government in the Middle East.
Shivangi Seth 14 Jun 2022 11:53

Sending women to serve as peacekeepers is laudable. But at home, women continue to be marginalised.
Samriddhi Roy 23 Aug 2022 09:00

Why governance, blue bonds and women are critical to a thriving ocean-based economy.