Labor brings a distinct change in rhetoric to foreign and strategic policy. Here are the top five takeaways. 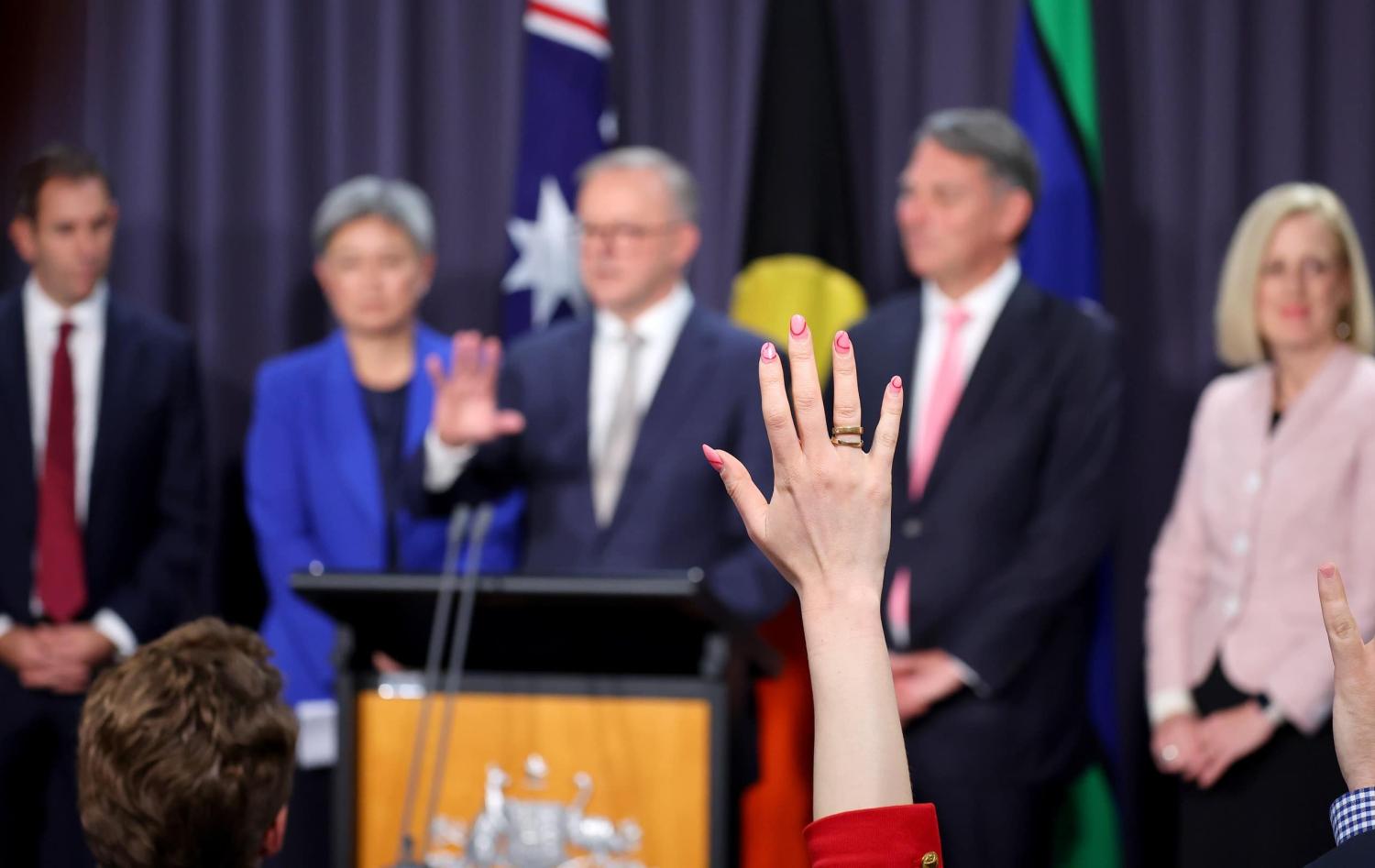 The new Labor government has already made a determined effort to set a new narrative and tone for Australia in the world. A remarkable pace of speeches, there have already been 13 major statements of the new government’s foreign and strategic policy – more than one per week – since the election: three each from Prime Minister Anthony Albanese and Deputy PM and Defence Minister Richard Marles; four by Foreign Minister Penny Wong; and one each from Pat Conroy, who holds the defence industry and international development portfolios, Treasurer Jim Chalmers, and Assistant Foreign Minister Tim Watts.

It is a welcome change from the previous government. While former prime minister Scott Morrison made occasional foreign policy interventions, his chief diplomat, Marise Payne, neglected the bully pulpit: the most powerful tool of any foreign minister.

In terms of policy, continuity has been the overwhelming theme of these speeches – not surprising given the now government’s signals in opposition. Nonetheless, as the most considered explanations of policy, speeches offer an insight into a government outlook. In that light, there are five features of the new government’s rhetoric that mark consequential developments.

The new government has modernised the image Australia projects. Wong’s statement that “at its core, foreign policy is an expression of national values, national interests and national identity” is telling. There is a clear intention to recast Australia as “of” – rather than simply “in” – its near region, an attempt to shift away from the Anglosphere comfort zone the previous government often appeared to occupy.

The message it sends back to Australia is just as powerful – that cultural diversity is not an accident of migration, but a real foreign policy asset.

The clearest language around multiculturalism has come from Wong, who has frequently referenced her Malaysian roots, including in an impressive speech in Kuala Lumpur. Wong’s clearly personal affection for Southeast Asia provides an invaluable authenticity to Australia’s diplomacy. Albanese hit similar notes, pointing to the two Muslim members of his ministry – Ed Husic and Anne Aly – to demonstrate that Australia’s “embrace of multiculturalism speaks to our deepening sense of ourselves as a nation, which itself goes hand in hand with how we see and project our place in the world”. Arguably, though, the message it sends back to Australia is just as powerful – that cultural diversity is not an accident of migration, but a real foreign policy asset.

The same is true for how Wong and Albanese have centred Indigenous culture, promising to “tell Australia’s full story, our modern diversity and the rich heritage of First Nations peoples”. This is clever framing, focusing on the strength Indigenous people bring to Australia’s diplomacy as part of a broader reconciliation journey that previous Labor governments have led.

Greater forthrightness on climate change is probably the starkest difference to the previous government, with almost every speech so far addressing it. Two points stand out.

First, climate change has been firmly positioned as a cardinal security threat to elevate its urgency. In her first speech as foreign minister, Wong asserted that “climate change is not an abstract threat, but an existential one”. Albanese, Marles, Chalmers and Conroy have all used similar language.

Anticipating a soft power dividend merely from a change in tone could be dangerous given the government’s brewing battle in the Senate over its emissions target.

The second point is how domestic and international climate policy are being tied closely together. The Albanese government evidently sees this new narrative as a diplomatic advantage. At times, the rhetoric has become almost painfully self-conscious: “We will end the climate wars in Australia. This is a different Australian Government.” (Wong); “Australia is back at the table as a responsible, sensible, thoughtful, and purposeful actor.” (Marles).

Anticipating a soft power dividend merely from a change in tone could be dangerous given the government’s brewing battle in the Senate over its emissions target as well as pressure from Pacific countries to be more ambitious on this front.

The introduction of “strategic equilibrium” as Australia’s north star for Southeast Asia is notable. While it marks a more inclusive, values-neutral position than Morrison’s “strategic balance that favours freedom”, it is not yet clear precisely what “equilibrium” entails.

As Susannah Patton has said, this could be an opening for “fresh thinking” on how Australia articulates its strategic objectives. Regardless, fine distinctions of international relations jargon mean little unless they are well explained and backed up with action.

While condemning Russia’s invasion of Ukraine is now de rigueur, it is striking how Wong and Marles have sought to draw broader implications. Though couched in the lofty terms of peremptory norms, such comments are a means to make pointed, but indirect, critiques of China’s behaviour closer to home.

Wong, for instance, has stressed that “Russia's aggression cannot be normalised” and that Moscow is “trying to decide the fate of the international system”.

More interesting, though, is Marles’ interrogation of deterrence. Generalising, he says “that deterrence can fail when one country’s determined military build-up creates an imbalance of military power” and that it is “in all of our interests” to prevent a similar imbalance being seized upon in the Indo-Pacific. A thinly veiled reference to China, Marles has repeatedly used Ukraine’s predicament to dispel complacency about Beijing’s military build-up.

The conspicuous absence is a major statement on trade. While Trade Minister Don Farrell and Assistant Minister Tim Ayres are off to a flying start – including at the WTO – we are yet to see an overarching narrative emerge on Labor’s international economic policy. How Labor balances its domestic manufacturing agenda with trade liberalisation will be most intriguing.

In response to China, Delhi is re-framing all its Indian Ocean engagements - political, military and diplomatic.
Greg Earl 11 Feb 2021 13:30

China’s economy could overtake the US faster than expected but there are also implications for Australia closer to home.
John Hemmings 9 Mar 2018 12:00

The myth of Chinese containment