Why did the NZ Opposition Leader jump the shark on China?

National is partying like its 2008 and playing domestic politics without a care to the cost. 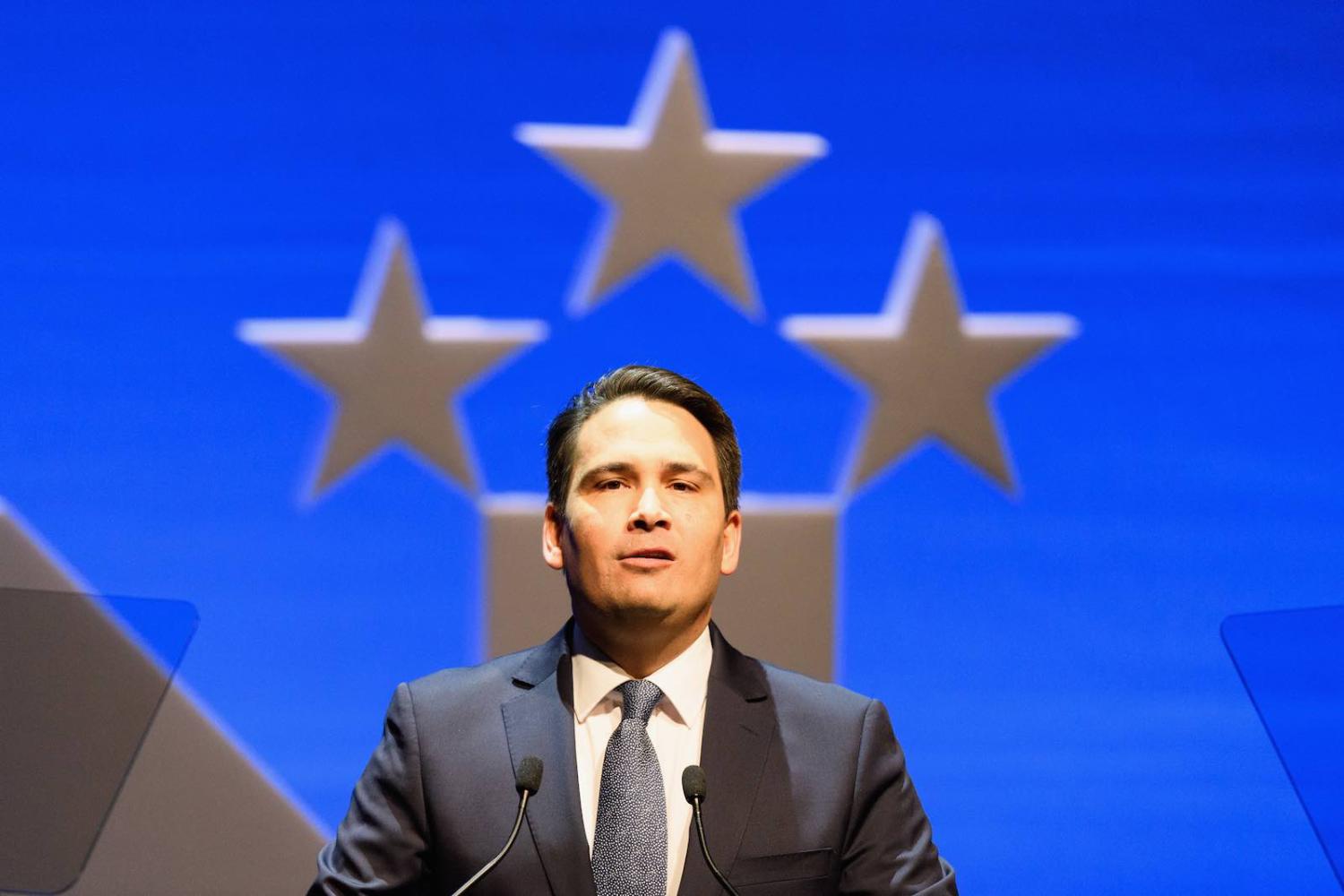 One day (well, on 20 May of this year, to be precise) as Opposition Leader you’re launching a discussion document on your party’s international policies. “National’s positioning on international relations issues is anchored in our values,” you say.

Those values are rooted in our country’s long history of unbroken democracy, embrace of political and economic freedoms, tolerance, a staunch defence of fundamental human rights, and a recognition of the need to provide security and safety to our people at home and abroad.

Hear, hear. But barely 100 days later and you give an interview in China where you laud Xi Jinping and the Communist Party of China, doing your level best to prove the thesis that the only value that really matters is trade-enabled prosperity.

This is the recent course that New Zealand’s National Party leader Simon Bridges has taken, and it’s no surprise that he is getting roasted for his interview performance. He’s easy meat for the Ardern government, which has toughened up New Zealand’s stance on China since coming into office, laying out New Zealand’s concerns about Beijing’s South China Sea moves in last year’s Strategic Defence Policy Statement, and more recently including New Zealand’s signature on a letter to the UN Human Rights Council about China’s detention practices in Xinjiang. Finance Minister Grant Robertson, a keen rugby player, took the ball and ran: “the most extraordinary interview I think I've ever seen the leader of a National Party give”, he is reported to have said in parliament.

How are we to make sense of this bizarre development? Attempting to see it through a foreign policy lens is likely to give you blurred vision, although you’d be forgiven for having this already after Defence Minister Ron Mark’s recent visit to China. Instead see Bridges’ performance through a domestic political lens, and principally National’s desire to spot failings in the current government’s playbook. His comments in the interview exaggerate to a point of incredibility a theme that his party has been rattling on about for some time: that Jacinda Ardern and Winston Peters have trashed the perfectly fine New Zealand relationship with China that they inherited from the years of John Key and Bill English.

Unlike many others, Bridges and his colleagues have not grown at all wary of the Belt and Road Initiative, describing it as “a real opportunity to build closer ties and demonstrate trust”.

Earlier this year National’s Foreign Affairs and Trade Spokesperson Todd McClay accused the government of “glossing over a deterioration of our relationship with our largest trading partner, China.” He reserved particular criticism not for the Prime Minister but for her deputy, Winston Peters, whose sins included “consistently careless remarks around things like the Belt and Road Initiative” and “unnecessarily provocative comments on the recent Defence Statement”. That’s no accident: the National party and Peters have plenty of axes to grind, and Bridges and his team have been trying to divide the coalition government by treating the Deputy Prime Minister as its weakest link.

Hence the proposal in National’s international affairs document for New Zealand to be able to impose autonomous sanctions, a step that proved legally impossible when Australia and other partners piled extra pressure on Russia in response to the Ukraine crisis. This would squeeze Peters twice. First because he secured in the coalition agreement with Labour a surprising commitment to resume free trade negotiations with Moscow and as the new Foreign Minister led New Zealand’s fumbled response to the Skirpal poisoning in the UK. Second because he has parliamentary responsibility for the enabling legislation related to the autonomous sanctions issue that has been in limbo since its first and only reading in 2017.

But while National characterises Russia as an aggressor, their paper extols China. Unlike many others, Bridges and his colleagues have not grown at all wary of the Belt and Road Initiative, describing it as “a real opportunity to build closer ties and demonstrate trust”. There is barely a whisper of doubt: “We have raised issues responsibly and respectively with our friends in Beijing.” And there is the recitation of New Zealand’s policy firsts with China.

This ingratiating language helps explain the cringeworthy content in Bridges’ great interview. And it means that National is partying like its 2008, when Hu Jintao was still paramount leader, the New Zealand–China Free Trade Agreement first came into operation, and John Key was pretending that China was nothing other than a big bag of opportunity.

The result is that Bridges has succeeded in wedging a man who desperately wants to be New Zealand’s next Prime Minister. Not Winston Peters, but himself.

It is unambiguously in Australia’s interest to strengthen our relationship with India in many aspects.
Nora Schlenzig 13 Mar 2020 06:00