So much diplomatic energy is wasted when Donald Trump decides to fire another key administration official. 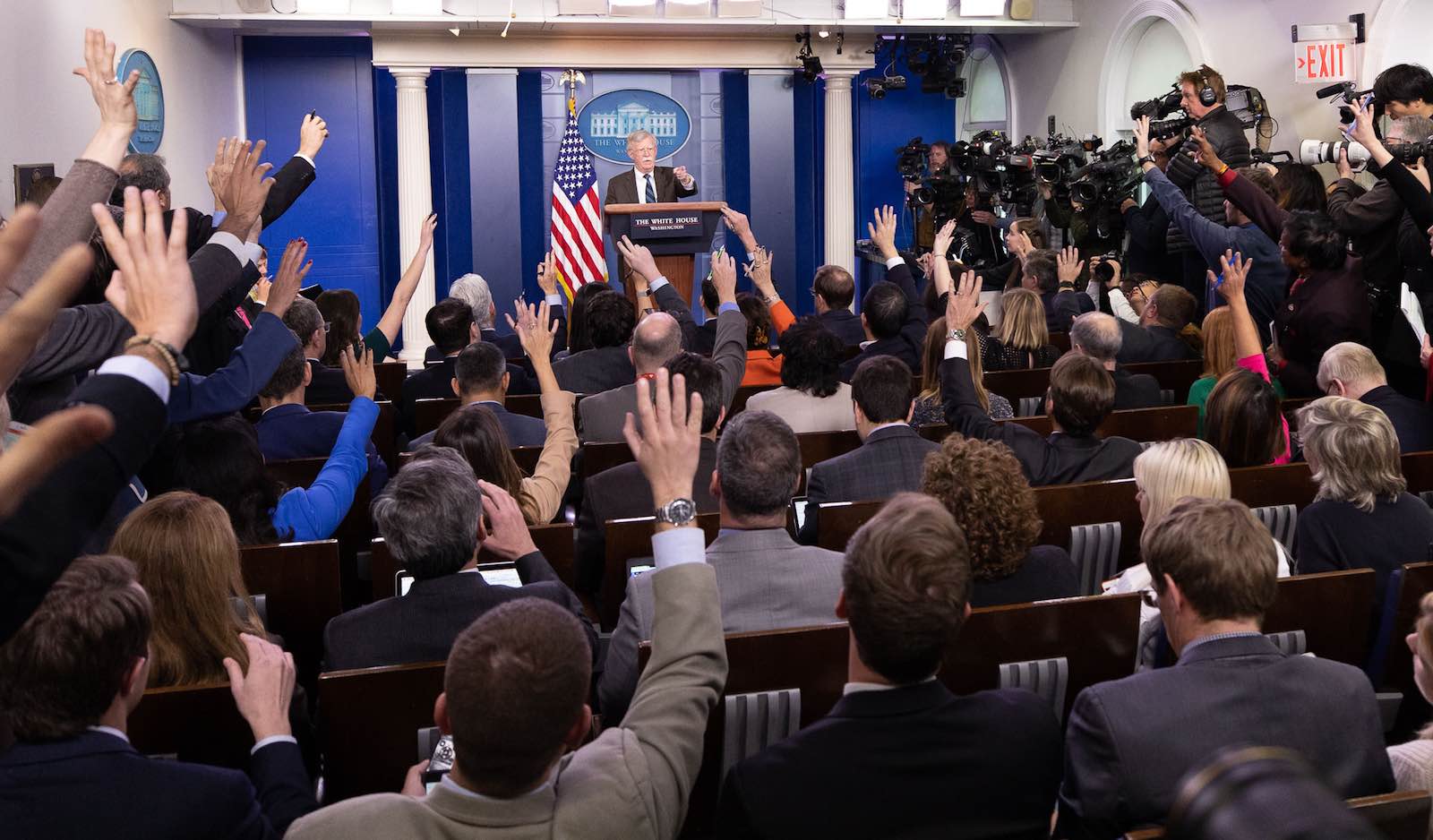 Scott Morrison said it himself, only last week. “I mean he’s a very different President to previous Presidents.” And in another timely reminder ahead of the Australian Prime Minister’s visit to Washington, the revolving door at Donald Trump’s White House has turned again, with the pugnacious and now former National Security Advisor John Bolton gone after barely 18 months in the job.

....I asked John for his resignation, which was given to me this morning. I thank John very much for his service. I will be naming a new National Security Advisor next week.

Of course, in the soap opera way of Trumpland, the latest episode finished on a cliffhanger, with Bolton disputing the timeline of events.

I offered to resign last night and President Trump said, "Let's talk about it tomorrow."

Cue the expectation of more drama in the days to come, a talk-show frenzy fuelled by more twittering and sniping as the self-justifying stories tumble out.

This latest storm will subside, just as it has after the “you’re fired” moments for a roster of senior Trump aides now, from Bolton’s predecessors Michael Flynn or H. R. McMaster, chiefs of staff Reince Priebus or John Kelly, to Jim Mattis as Secretary of Defense or Rex Tillerson at the State Department, not to forget Anthony Scaramucci (the “Mooch”) or Sean Spicer (with memories of President of Australia Malcolm Trumble).

The renowned hawk’s departure might actually make life easier for Morrison in handling US expectations on issues such as Iran.

But for the sake of timing, Morrison can hardly benefit on his trip to the US next week from yet more distraction and disruption in the highest echelons of the administration. All the talk about managing the Trump presidency for America’s allies such as Australia has been around investing in relationships with the key players in the Oval Office, rather than the president himself. But this is made all the more difficult when staffing in the administration resembles a game of musical chairs.

Bolton was not known as a special friend for Australia, and the renowned hawk’s departure might actually make life easier for Morrison in handling US expectations on issues such as Iran (Trump was reported to have privately told a confidant, “These people want to push us into a war, and it’s so disgusting”, in remarks that appeared directed at Bolton). Bolton often appeared an odd fit in Trump’s circle, having missed out on a job in the early days, or when he was so obviously on the outer on the approach to North Korea.

Yet even so, those personal ties that Australia seeks among key players in the administration will have to be built again with whoever succeeds Bolton in the job. And all the while, this is diplomatic energy that can’t be devoted elsewhere.