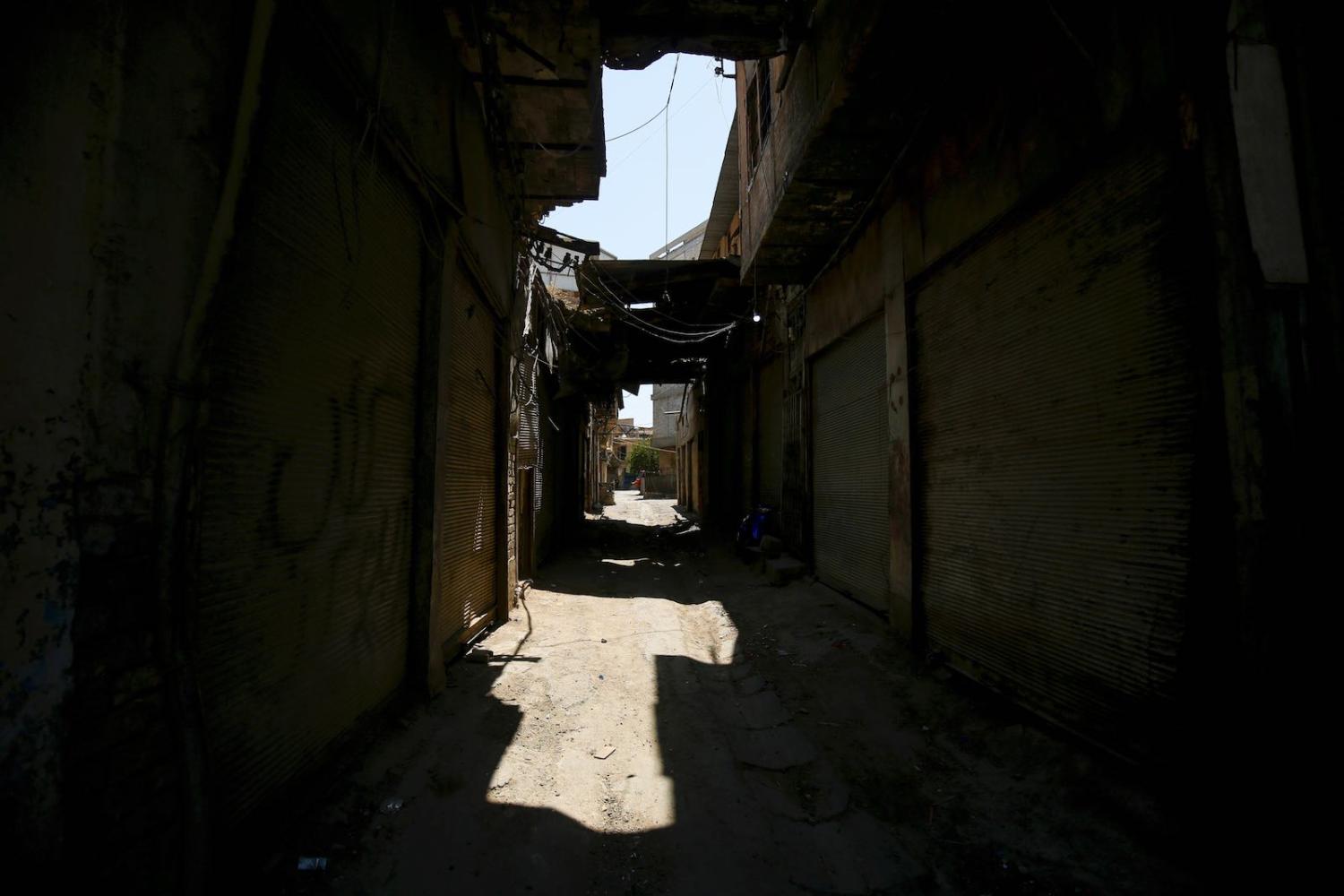 The coronavirus pandemic has hit the heart of Europe. The severity of the virus has forced policymakers to shift their priorities almost exclusively to the home front. As a result, international security concerns, particularly the fight against the remnants of ISIS in Iraq and Syria, which had until recently been at the core of European security policy, has receded into the background.

The terrorist group has also been swift to issue early instructions to its cadres to internalise good hygiene habits – washing hands and covering up coughs and sneezes.

Several European countries have withdrawn their troops from Iraq with coalition and NATO training missions suspended to prevent the spread of Covid-19. France’s Emmanuel Macron has redeployed 200 French troops from Operation Chammal, as the French support in the fight against ISIS is known, back to mainland France assist public services. Spain has also withdrawn between 150–200 soldiers, while Germany and the Netherlands have also withdrawn their training forces from Iraq.

The United States has also last month withdrawn from frontline operating bases at Mosul, Al-Qaim, Qayyarah, Kirkuk, and Taqaddum. Some of the relocation is to US bases with newly installed US missile defence systems following the Soleimani assassination and subsequent Iranian rocket attack in January. Yet with Donald Trump running for re-election in November, it is likely he will continue to push for the withdrawal of US troops, especially if the virus spreads in the vicinity of their military bases.

ISIS is seeking to profit from the pandemic, which is expected to overwhelm Iraq’s national healthcare system. The concern for policymakers will be that the pandemic provides the terrorist organisation renewed hope and the opportunity to reconstitute. After its military defeat, ISIS has had to adapt, operating in remote and isolated locations – a tactic that might in the current context have the unintended benefit of social distancing. Indeed, the leadership has also been swift to issue early instructions to its cadres to internalise good hygiene habits – washing hands and covering up coughs and sneezes.

For authorities in Bagdad and Erbil, ISIS sleeper cells, especially in the Garmiyan, Diyala, Salahuddin, and Nineveh provinces are of major concern. The departure of coalition forces has left an intelligence and coordination void. It appears the terrorist organisation can boast anywhere between 3,500 to 4,000 fighters in these provinces.

Numerous clashes have taken place, notably on 7 April 7, in which ISIS snipers killed two peshmerga fighers in Kolajo, Garmiyan province. Several attacks against police and the Iraqi army have also been conducted.

If left unchecked, successful insurgent operations will enhance the terrorist group’s tactical potency and ability to coordinate. This can in turn help foster a sense of psychological dominance, encouraging ISIS to pursue more widespread operations across Iraq.

All this should concern Western policymakers.

The International Crisis Group has shown ISIS still wants it followers to pursue attacks in Western democracies. Amid the ongoing health crisis in Europe, it is important that Europe be on high alert for the added danger of ISIS-inspired threats. Already this month a man was stabbed in the commune of Romans-sur-Isère , with French counterterrorism prosecutors launching an investigation into the attack.

European capitals cannot afford to see an incremental increase in ISIS attacks at the continent’s doors. It was only a few years ago that savage rampages in Paris in November 2015 and Brussels in 2016 highlighted ability of the terrorist organisation to coordinate attacks from the Middle East through its Emni unit.

Aggressive surveillance combined with counterterror raids are essential to limiting a terrorist resurgence. The French Air Force (L’Armée de l’Air) has a military base at Al-Dharfa in the United Arab Emirates, where French Rafale fighter jets are stationed and can be used to carry out air aids in Iraq. These fighter jets, under “Operation Barkhane” have already played a key role in efforts to destroy terrorist infrastructure in Africa’s Sahel.

Considering that 1000 French sailors have been recently infected by Covid-19 on the aircraft carrier Charles de Gaulle, it would be understandable if French policymakers, or policymakers anywhere for that matter, became consumed by the demands of tackling the virus. Yet it is of paramount importance that countries are not at the same time distracted from the continuing threat of ISIS.

Australia’s position as the world’s largest coal exporter does not sit easy with many Pacific Islanders.
David Wells 17 Jan 2017 10:42

A communication strategy that fails to place fear-reduction at its centre ignores how a terrorist act differs from many other forms of violence.
Neil Thomas 28 Jul 2021 14:00

If leadership diplomacy was an Olympic sport, Beijing beats Washington to the gold medal.