An engaging study of the consequences of over-exploiting precious water reserves is missing some important local voices.

As Sunil Amrith explains in this new book, South Asia is not the only Asian region with a water problem. The whole continent has issues. Asia is “home to more than half the world’s population, but it contains less freshwater than any continent except Antarctica”. 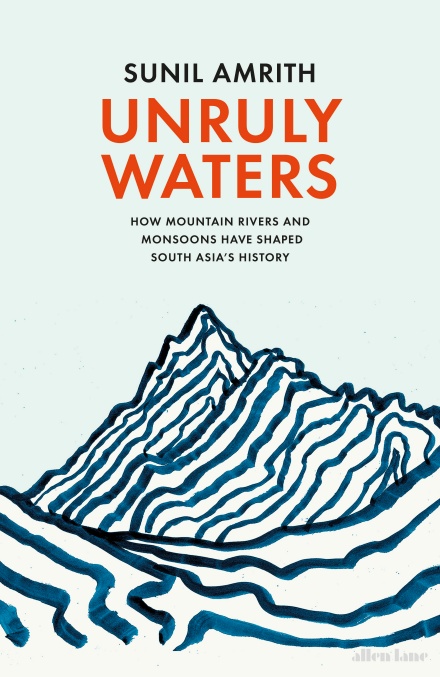 But South Asia’s position ­– in the tropics, surrounded by oceans and mountains – makes it more dependent on seasonal monsoon rains than other Asian regions. Unlike China, which Amrith uses for comparison throughout his book, South Asia did not benefit throughout the ages from North Asia’s moderating climate, and its rulers did not develop complicated, ultimately unsuccessful, hydraulic regimes. Instead, throughout the region’s long history, its human inhabitants mostly lived within their aqueous means.

This all changed when the British arrived. Like other imperialists before them, the British took control of South Asia via its waterways. But unlike previous rulers, propelled by the scientific and industrial revolutions, they first analysed and then engineered the waterways as they used them, profoundly changing the subcontinent’s hydrology, ecology and society in the process. Amrith’s book focuses on this transformation and its complicated consequences.

Most commentators agree that British “improvements” had mixed results, and that there projects tended to favour global trade rather than vulnerable locals. But there is still argument about their role in the worst consequences of their environmental reformation, the famines that punctuated their rule.

In India, as Amrith points out, famines happen when the monsoon rains fail, droughts occur, and there is an inadequate response to the drought. Rather than arguing for or against the British responses to these droughts, Amrith strategically focuses on their ultimate cause, the lack of rains, and their many consequences.

It led, he argues, to both the ground-breaking meteorological research of British scientists John Eliot and Henry Blandford, and – by spurring the intellectual and cotton trader, Dadabahi Naoroji into action – the founding of the Indian National Congress. He then follows the arch of these two disparate responses to famines through the early 20th century. The British developed technologies – factories, railways and fossil fuels – that further transformed South Asia’s land and waterscapes, hoping to both drought-proof them and make them more productive. The Congress, meanwhile, intensified its resistance to British Rule.

When the splintered independence movement finally achieved its goal, the countries they inherited had been profoundly shaped by the region’s colonial past. South Asia’s new nation-states struggled to repurpose their interiors and fix their borders.

China’s annexation of Tibet in the 1950s gave its new communist government control over the sources of most South Asian rivers, but this was “unremarked at the time”. Water was not even a consideration when a Himalayan border dispute led to a short China-India War in 1962.

It was Partition that created South Asia’s first, post-independence, international water dispute. The border between West Pakistan and India divided not only the land of Punjab but also the largest British-built irrigation system in the Indus River Basin. Management of this basin became so fraught that the World Bank stepped in to negotiate a treaty.

All Asia’s new leaders were enamoured of dual-use reservoir and hydropower dams. “Dam building,” Amrith says, “more than any other project, epitomised Asia’s new leaders’ confidence in their ability to tame nature”. At independence, India had 300 large dams. It now has tens of thousands. And, as Amrith notes, like the British before them, independent India’s governments continue to displace the vulnerable in the pursuit of these “improvements”.

Changes have strained and polluted South Asia’s environment and left its poor even more vulnerable to environmental risks.

India’s Green Revolution of the 1960s and 1970s – during which various technologies were employed to increase crop yields – has also left its mark on the region’s hydrology, producing mixed results. India has not experienced famine since. But the irrigation projects, chemical fertilisers, modified seeds and fossil-fuel dependent pumps that underpinned it have led to salination, groundwater depletion, crop convergence and various forms of pollution.

Since the 1970s, South Asia has, furthermore, experienced a three-fold increase in population and the “bonfire of socialist austerity”, which has been replaced by increased consumerism. Together, these changes have strained and polluted South Asia’s environment and left its poor even more vulnerable to environmental risks.

The response to this over-exploitation has been to draw water and energy from elsewhere. Following China’s lead, India and Pakistan have begun building hydroelectric projects further up the Himalaya, toward their unresolved borders. India also plans to follow China’s lead by building river-linking water transfer schemes that will redistribute water across the country.

Early in the book, Amrith writes that “identity and freedom have been the dominant themes in historical writing” in recent years, and the environmental crisis demands a change in this perspective. But in the pursuit of this environmental story, he has forsaken the region’s multiple identities and perspectives, voices that are essential to solving the current crises.

His overwhelming reliance on English-language, government sources reinforces their point of view. He also, sometimes, lets loud voices in these sources speak unchallenged. At one stage, for example, he uncritically quotes Jawaharlal Nehru’s claim that “the water-parting formed by the crest of the Himalayas” was a “natural frontier” that had been “accepted for centuries as the boundary” between China and India. The people of the Himalaya would have viscerally disagreed with this statement if they had been asked about it, but their voices are not in this book.

They could have also disproved Amrith’s statement that the English explorer Frank Kingdon Ward provided “one of a few eyewitness accounts” of the 1950 earthquake on the Assam-Tibet border. There are many descriptions of this earthquake; they are just in Tibetan and Assamese, rather than English. If Amrith had listened to more local voices, it might have even improved the accuracy of his materials. He would have learnt, for example, that the Tista (Teesta) River switched from flowing into the Ganges to the Brahmaputra in 1762, not, as he stated, the other way around.

So please read this well-written, engaging book, but remember that it does not represent the only perspective on South Asia’s water history. Here’s hoping that it does not become his (or the) last word on this critical topic.

A different angle on the US vs China economic partner debate, why private companies do better in Asia, and the new version of globalisation as per McKinsey's.
Sam Roggeveen 18 Jan 2019 10:00

Clinton’s book has nothing new to say about politics but it may offer some insight into his assessment of the world.
4 Nov 2017 08:00