History, one tribute at a time

Reactions to the Queen’s death reflect our complex attitudes to the United Kingdom. 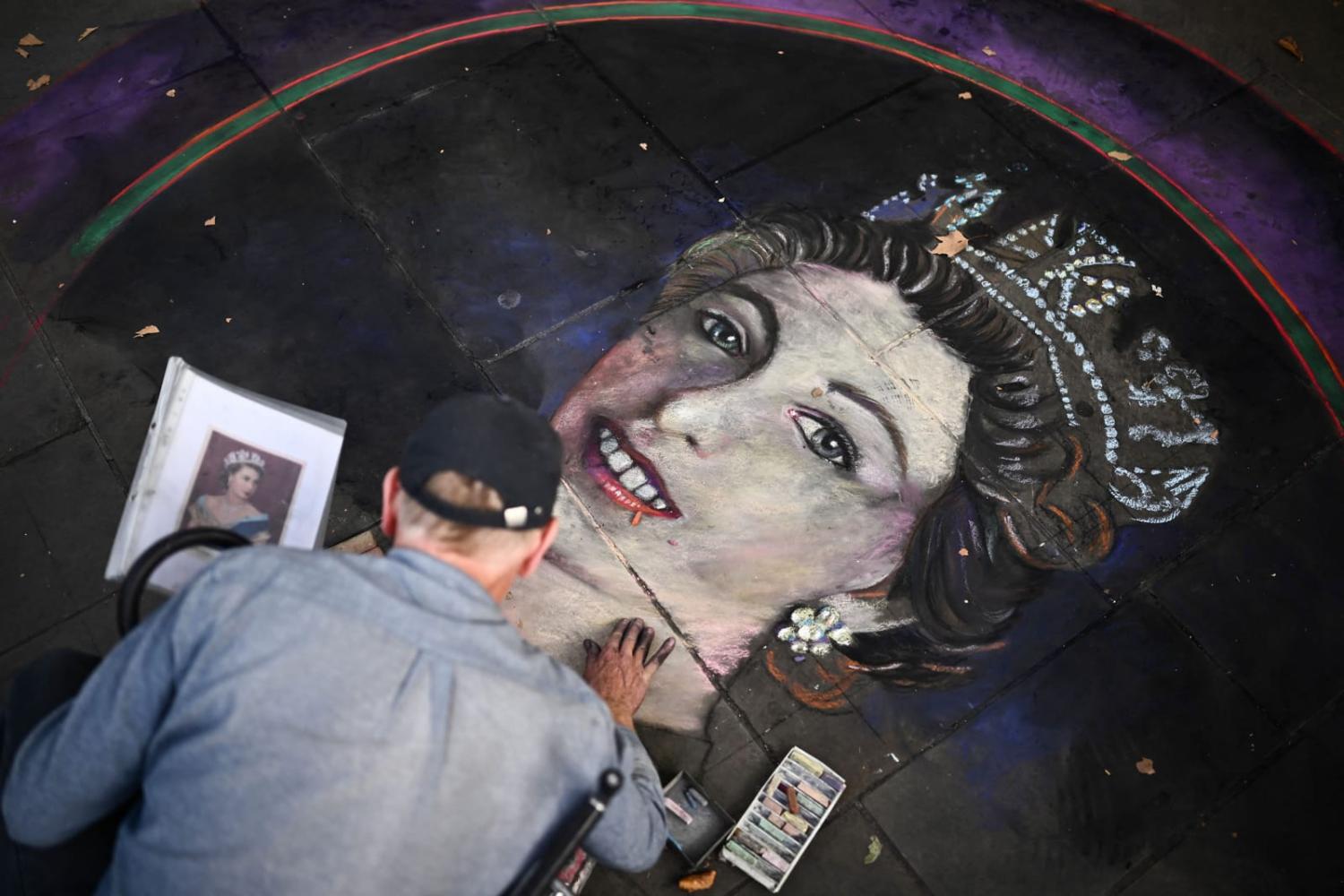 “Rarely have subjects identified themselves so much with their Sovereign, enthralled by their every glance and word, their outfits and gestures, representing both the legacy of the past and confidence in the future. She was one with her nation: she embodied a people, a territory, and a shared will. And stability: above the fluctuations and upheaval of politics, she represented a sense of eternity.”

Who said those words? Boris Johnson, surely. Or perhaps it was the newly anointed Prime Minister of the United Kingdom, Liz Truss, or the Opposition Leader, Sir Keir Starmer, rising to the oratorical occasion? Tony Blair? Jacob Rees-Mogg, momentarily forgetting some ancient grudge he bears the House of Windsor?

In fact, the man to whom those remarks are attributed is not a Brit. English is not even his first language. These words belong to Emmanuel Macron – head of state of the United Kingdom’s most formidable historical adversary. This is not about the French President’s ability to summon the right words for the occasion, although that has been on display in the last week. Instead, it is an examination of what global reactions to the Queen’s death say about her, and the complex relationship that so much of the world has with the United Kingdom.

Let’s begin in the United Kingdom itself. In the Commons, Johnson delivered a classically Johnsonian speech only he can: moving, mellifluous, and steeped in references to himself. The statement from 10 Downing Street described the Queen as “the rock on which modern Britain was built”. Starmer struck similar notes when he said that “she held the nation close” during the Covid-19 pandemic, at a time “when we’d been driven apart”.

The Queen’s life, and the solemn pageantry of her death, remind us of a time when the United Kingdom acted upon the world – in Europe, in Asia, Africa and the Pacific – with a force it cannot summon today.

What of the United Kingdom’s former colonies or vassals? US President Joe Biden, famously proud of his Irish heritage, issued a statement that called the Queen a “stateswoman of unmatched dignity and constancy who deepened the bedrock alliance between the United Kingdom and the United States”. Former President Donald Trump, meanwhile, paid tribute in his inimitable rhetorical style: “what a grand and beautiful lady she was – there was nobody like her!” (Trump has previously declared himself a “tremendous fan”.)

In Ireland, Taoiseach Micheál Martin issued a careful but warm statement that recognised the Queen’s historic visit to Ireland in 2011 and ended with the traditional Irish invocation, ar dheis Dé go raibh a hanam dílis (may her holy soul be on the right side of God). In Scotland, First Minister Nicola Sturgeon said the Queen had been the “great constant in our national life” and that she “inspired us, on occasion comforted us, and always personified the values we hold dear”.

India’s Prime Minister Narendra Modi tweeted his condolences, saying that the Queen “personified dignity and decency in public life” and that he was “pained by her demise”. His condolences were judged slightly too sorrowful by some, including those who noted that they came one day after an event where the Prime Minister congratulated Indians for emerging from “another symbol of colonialism”.

In Australia, tributes from political leaders past and present ranged from impatience with the institution (Adam Bandt) to workmanlike (Anthony Albanese) to fawning (Tony Abbott, albeit former campaigner for the Australian Republic Malcolm Turnbull ran him close). In his tribute, Peter Dutton looked out over the broad historical vista, connecting the Queen with the end of Empire and, somewhat bizarrely, the race to the moon, the attainment of civil rights and “the barbarity of terrorism”. Julia Gillard’s statement made mention of the Queen’s value as a role model, “responsibility for service thrust upon her as a young woman, and taken up with grace, devotion and dignity during her reign”. Bill Shorten’s tribute was sincere if ever-so-slightly clumsy, curiously noting that when Elizabeth II was born, Joan Sutherland was still seven months from this earth and Phar Lap was yet to win the Cup. Paul Keating balanced his contempt for the monarchy with respect for our monarch. In truth, the range of broadcastable opinions about the Queen’s death was narrow. Most Australians loved or at least admired her. One had to go online to find those who took her death as an invitation for jokes or joy.

For some, she was a helmswoman of brutal colonialism, for others the embodiment of the best of British, for others still a witness to national decline.

The best reflections on the Queen’s passing made mention of her best qualities: her sense of duty, the devotion she inspired in her subjects, and her determination to make the best of a role she did not ask for and could hardly relinquish.

But beneath every reaction lurks something else: recognition that with her gone, so is the United Kingdom’s last real link between the Victorian era, when it truly bestrode the world, and today. Her first Prime Minister, Winston Churchill, was born more than a century before her fifteenth and final. The beginning of the Queen’s 70-year reign was a time of Keeping Calm and Carrying On and of the loss of colonial possessions: wartime stoicism, the Windrush generation, Asian and African independence, the semi-autonomy of the Commonwealth. Its end was marred by crises not of her making.

The Queen’s life, and the solemn pageantry of her death, remind us of a time when the United Kingdom acted upon the world – in Europe, in Asia, Africa and the Pacific – with a force it cannot summon today. In death, she has become a Rorschach test. For some, she was a helmswoman of brutal colonialism, for others the embodiment of the best of British, for others still a witness to national decline.

Friends and adversaries will debate her legacy for many years. Australia may now edge or rush towards a republic. All that is still to come. Elizabeth II’s duty, however, is at an end.

Even if Trump’s toll road serves only the resort, in this specific instance it will not be running afoul of Indonesian law.
Ben Bland 6 Jul 2020 16:30

A common assessment system for the Five Eyes allies would assist in safeguarding interlinked telecommunications and high-tech sectors.